Today is undoubtedly one of the saddest days of my life, and I am not even American. I might not be American or even live in America, however, I am human and Donald Trump is the very embodiment of everything I stand against.

Every vote for Donald Trump was a vote for Sexism, Racism, Xenophobia, Misogyny, Bullying, Sexual Assault, Bigotry, Tyranny and every other thing appalling.

A win for Donald Trump was a rude awakening that majority of Americans would rather see a very horrible, inept man lead the country than a very capable, humane woman.

A win for Donald Trump is a reminder that so many Americans are not as appalled by sexism, racism, xenophobia, bullying, sexual harassment as any decent person would be.

My heart goes to all American women who in addition to fearing for their reproductive health rights, would have to call this sexist monster, Mr. President

My heart goes to every woman in America who has been a rape victim, sexually assaulted, had their boobs and pussies grabbed without consent, who would have to call this sexual assault apologist and rape enabling man, Mr, President.

My heart goes to the black Americans and immigrants who now have more reasons to fear for their lives in Donald Trump’s America and who would have to call a raging racist, KKK endorsed presidential candidate, Mr. President.

My heart goes to all the minorities in America, my LGBT community, who have every reason to be worried about a possible roll back of the hard-won equality rights. 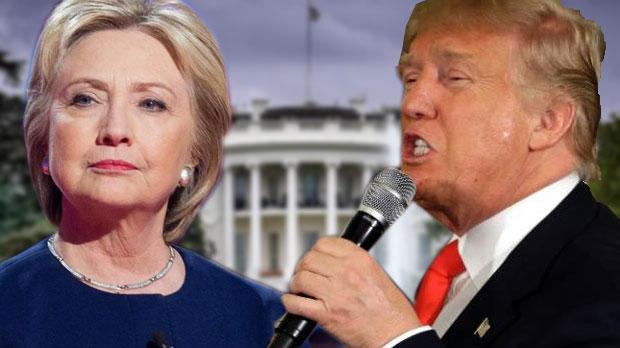 At this point I weep for America. I weep for Humanity. I weep for myself as a black woman who has just been rudely reminded again that people who think like Donald Trump are in the majority. They go into hiding but get very emboldened when a raging racist, sexist, xenophobic bully takes the leadership microphone and speak their appalling thoughts out loud for the whole world to hear. It is Brexit again. It empowers the haters.

I am sad because this is a reminder that human beings wear a mask all the time. Who are these people who elected a Donald Trump?  They are your neighbours. Your Facebook friends. The people you meet on the streets. The people you work with. They are people you come in contact with every day. And that is frightening.

Donald Trump is now the elected United State President. What started as a joke, a very bad joke, has become an expensive reality.

I am sad that some people thought it was a case of choosing between two bad people, however it boggles the mind how anyone could put a Hilary Clinton and a Donald Trump in the same category.

For those who refused to vote for Hilary because their no vote stance was a stand against the establishment, well, I hope you can live with yourself knowing everything that Donald trump stands for and how your inaction enabled his ascendancy into the Presidential seat.

I have never really been interested in discussing all the conspiracy theories against Hilary Clinton, because when you scratch beneath the surface, you see these antagonisms for what they were; a fear of a powerful woman.

I have had people deleted and even blocked from my Facebook because I wasn’t interested in being forced to listen and watch how much they were eager to convince me about what a terrible human being Hilary Clinton is.

Many do not understand why a candidacy between a Donald Trump and Hillary Clinton should be a clear-cut win for Hilary Clinton. I didn’t think I had to spend so much energy trying to make people understand that Donald Trump is an evil, appalling human being. His words make this assertion self-evidently true.

Every time I had to tell anyone that it shouldn’t be that difficult to choose between a Donald Trump and Hilary Clinton, I had this constriction in my chest and tears in my eyes because I didn’t think it was even possible for decent people to openly support Donald Trump. No matter how much you didn’t like Hilary Clinton, enabling a Donald Trump to the White House should never be the answer.

Yes, it is a sad day indeed. I am not American, I do not live in America but I feel for all progressive Americans. I feel your pain. And I send you hugs. The struggle for a land of freedom and liberty continues. We cry today, however our tears and anger would unite us to fight for a better community, a better country, a better society and a better world.

The First Time I Realised I was Black » « DanceExercise – What’s My Name?