I didn’t know I was black until I relocated to the UK in 2009 at the ripe old age of 34, before then, I thought I was just a human being.

Settling down in the UK, I quickly realised my skin colour mattered. It matters a lot.

I relocated to the UK in 2009 to study for my Post graduate degree in Law, specialising in Gender, Sexuality and Human rights.  Even though I had contemplated my gender, sexuality, globalisation and the catastrophic effects of unbridled capitalism, I had not given my skin colour much thought.

From the overt racism, which I encountered from the University Surgery GP, the subtle racism of some of my white lecturers (who ironically taught equality classes), the white co-workers who turned their noses up at my African accent, to the ‘behind the back’ racist stab by the white, female principal officer in my workplace, which cost me a much needed, very good job offer, I quickly realised that my skin colour mattered.

In fact, I eventually realised that my skin colour mattered so much it could be the determining factor in being treated as a human being deserving of dignity and respect or just a subhuman who at best is only fit to be a pet chimpanzee. When as a black person in a white society, you do not appreciate being treated like a pet Chimpanzee by your white ‘friends/colleagues’, you are quickly treated as an unappreciative subhuman and labelled an angry black woman or a dangerous black man. 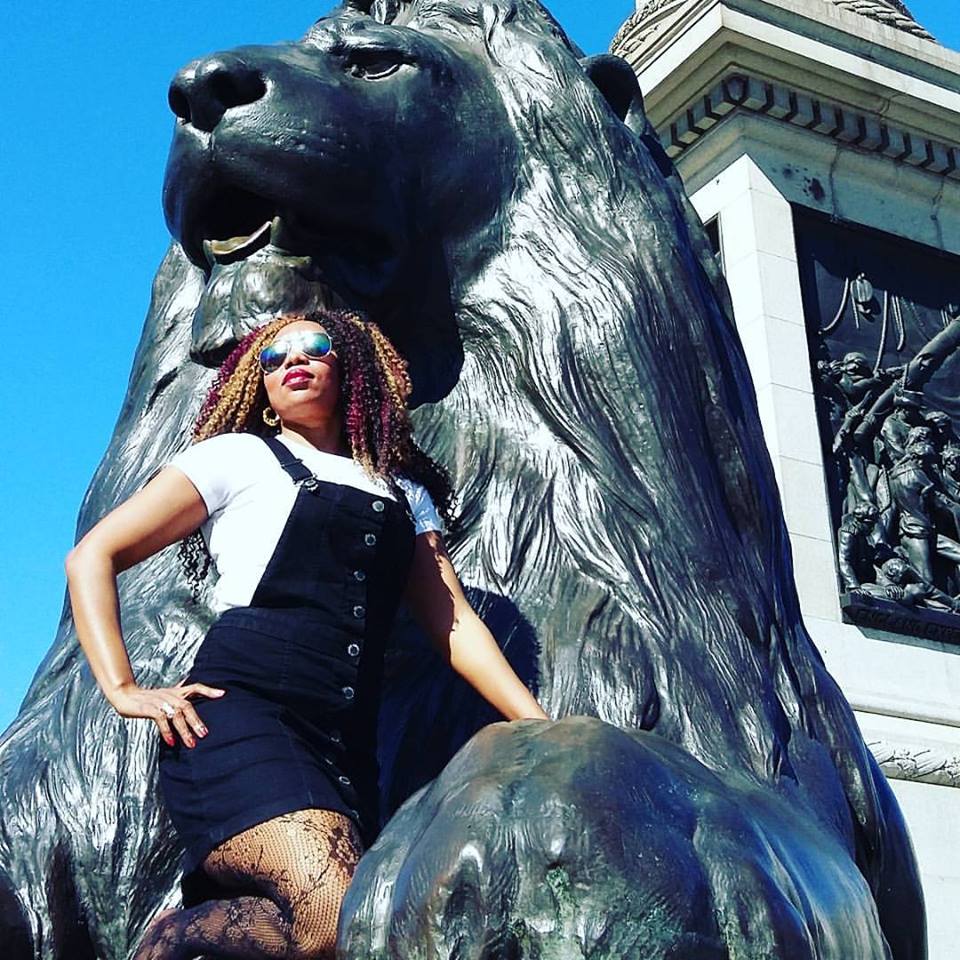 The Overt racism from my very first UK GP

The very first thing I did immediately I settled down at my school was to register with a GP. This was because I had an underlying health issue that require I be placed on medication. I used to have night seizures during sleep. I had done EEG tests in Nigeria which were inconclusive as to whether I had epilepsy or not. Nevertheless, I was placed on anti-epileptic drugs to control the seizures.

Before I embarked on my journey to UK, I made sure to get enough medication and prescription from my neurologist in Nigeria to last me until I settled down in UK. However, when I went to register at my university surgery in Stoke-on-Trent, England, and explained to the GP, a white old man, that I needed the prescription, he just wouldn’t believe me. He refused to believe I suffered from seizures.

I presented him with the results of my EEG tests from Nigeria, the prescription letter from my neurologist and the medication I was placed on, he still refused to prescribe my medication.  Simply put, my doctor’s diagnosis and prescription was not good enough for him because it came from Nigeria, from the ‘dark’ continent of Africa.

This University Surgery doctor actually asked me if I had a video clip of me having a seizure! I was truly aghast!

Was I supposed to record a video of myself suffering a seizure?

Were my family members or whoever was with me when I suffer a night seizure supposed to get their phone out and start recording instead of helping me stay alive?

This bigoted white doctor refused to give me my prescription simply because to him, I was just another black immigrant who came to England to take advantage of the healthcare and bleed the NHS dry!

I had to find ways to get my medication sent to me from Nigeria, which was difficult, eventually I ran out of medication. A few months later, I suffered the worst seizure of my life. For the first time since I started having night seizures, I seriously injured myself. The seizure was so bad I sprained my neck muscle and could not move one of my arms for weeks. I had to have physiotherapy sessions and was placed on pain killers.

When I went to the University Surgery to complain, I was told the GP had been transferred to another Surgery, and the school now had a new GP. The new GP wrote a prescription for me, got me an appointment with a neurologist in London and arranged for me to have an EEG and MRI scan.

My new neurologist, a very sympathetic Asian woman, could not believe it when I told her how the GP refused to prescribe my medication. She profusely apologised for the action of the GP. She went on to place me on another brand of anti-epileptic medication, which has really proved to be very good. It’s been 7 years since that seizure and I’ve not had another seizure since.  However, I am still on my medication, a much lower dosage but I understand this might be a medication I take for life.

Oh, did I mention that the racist GP was biphobic too? Of course, he was. No surprise. While taking my details, he asked if I was on birth control, I said no. He looked at me antagonistically and asked why. I told him I was bisexual. I explained that my last relationship was with a woman. From his stony silence, I could feel his biphobia almost swallowing me up!  Although his biphobia didn’t cost me my life, his overt racism almost did.

I’m still irked by how I was treated by the very first GP I encountered in UK. He couldn’t even be bothered to hide his racism and bigotry. To him, my Nigerian doctor’s prescription, hospital tests and notes were not good enough for his white ass. My word and experience as a patient were not to be believed because of my skin colour and country of origin.

It is sad that we still live in a world where skin colour mattered to the point that it could be a barrier to getting the opportunity to decent living conditions.  In my next post, I will share the appalling experience of how I lost a great job offer that would have meant saying goodbye to housing benefits and Job Seekers allowance, all because someone judged me based on my skin colour. Watch this space.

#WivesNotCooks: RE “SO YOU WON’T COOK?” » « Donald Trump’s America: A Win for Sexism, Racism and Misogyny