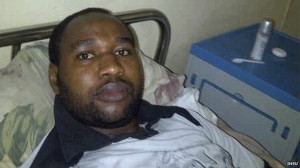 Mubarak Bala, a Nigerian and an atheist is being held hostage in a psychiatry ward at Aminu Kano Teaching Hospital, Kano, Nigeria on the orders of his father Bala Mohammed. Mubarak’s father is a prominent weekly columnist who writes a Saturday column for Daily Trust, a National Newspaper. Bala Mohammed committed his son to a psychiatric unit when his son expressed  non belief in God and renounced Islam.

I gathered from reliable sources, including sources from within the Daily Trust  Newspaper, that the extremism of Mubarak’s father’s was becoming apparent and some staff members were concerned about the appalling way he was treating his son whose public declaration of atheism and renunciation of Islam on social media seems to have attracted attention in Kano.

My source was shocked when a contact that is very close to the Publisher of Daily Trust said they were aware of the case and have been aware of Bala Mohamed’s growing extremism and the appalling way he committed his son to a psychiatry ward for renouncing Islam. However the paper refused to carry the story because of the controversy it would generate and a fear of reprisal.

It was said that the story of Mubarak Bala’s renunciation of slam and non belief in God was becoming a topic of discussion on the streets of Kano. This was of interest because Bala Mohammed is a former DG of Adaida Ta Sahu, a sharia enlightenment youth vanguard in Kano. Therefore his son renouncing Islam and declaring that there is no God is a source of embarrassment to him. I am however surprised that the newspaper has refused to publish the story because of fear of reprisals.

Mubarak Bala tweeted and sent messages to his twitter contacts about his ordeal. He wrote:

“This is Mubarak, (@mubarakbala) the Ex-Muslim from the Shari’ah State of Kano, Nigeria. I can only reach you today because I have been sedated (tranquilized) with an injection administered on those who are mentally unstable. After being beaten to pulp, and choked by the neck until I passed out, (asphyxia), by my Dad and 3 of his male brothers. It was friday evening, just waking up to see myself in a psychiatric hospital, among mad-men. The family had long been threatening my life.”

”Now, I woke up only to realize their new doctor has prescribed drugs and injections for me as a psycho patient, on false account that I have been deluded telling people am a senator and governor and minister, so appallingly absurd! It is the same Doctor that told me last week on a ‘mock’ therapy, that ‘everyone needs God’), eventhough another doctor who studied in Russia had 6 months ago told them Atheism is not a mental disease, and gave me a clean bill of health… they were obviously disappointed, so they opted to a more conservative one, who studied in Egypt”.

“What I fear is; the injections and drugs have started shifting my facial orientation and affecting my speech and reasoning, my hands are now shivering on their own. It may end-up ruining my brain, my life, and if I am helpless and discharged home, they could fake something like my suicide, to rid themselves of the scum, they have been threatening such, ever since I declared openly I’m an Ex Muslim”

“Indeed declaring oneself an ex Muslim in a place like Kano is like passing a death sentence oneself.”

“you may be aware of the Islamist Bala Muhammad of saturday column of WeeklyTrust newspapers, that’s my Dad; the DG of A Daidaita Sahu, the other arm of Sharia enforcement in Kano state.”

“My Dad keeps saying; whoever among his children abandons Islam is no longer a human being, but a monster. You can read it online, on his column, www.weeklytrust.com/saturdaycolumn, some 25 weeks ago: Titled ’10 reasons to turn off your TV’.

“I realized my Dad has already made a post in my name, with the phone, to my friends on facebook, posting the Shahada (testimony of faith in Islam), on the same night, which further implies it was never about my health, but family honor”.

It is sad that Bala Mohammed who is an educated person with a degree would consider non belief in God a sign of mental illness. it is very disturbing that a father would commit his son to a mental institution for renouncing his religion.

It is of great concern that the lawyer who is hired to defend Mubarak Bala seems to be defending the actions of Mubarak’s father. He is passing it off as ‘Protective custody’ and actually thinks his (Mubarak) father putting him in a ward is a way of protecting Mubarak from Islam extremists who might harm him for renouncing Islam and claiming that there is no God. This lawyer does not seem equipped to deal with this type of case.

As my source stated:

I have the feeling that Mubarak’s lawyer, Mohammed Bello Fagge, is not totally in the picture of the state of the young man. In my interaction with him, he seemed to suggest that his (Mubarak) detention at the psychiatric ward of the teaching hospital was “protective custody” to avoid him being killed by Islamic extremists. He also said that his father is also using the excuse that he has a psychiatric problem to shield his son (Mubarak), himself and family members from attack, especially as a former DG of Adaida Ta Sahu, a sharia enlightenment youth vanguard in Kano.

The lawyer also confirmed that Dr. Minjibir, the Russian trained medical doctor, examined Mubarak but that his opinion is not admissible as a private practitioner. He admitted that he is making arrangements for Mubarak to be re-examined, although he didn’t say where and when. Dr Minjibir’s number and that of the hospital were not going through.

The hospital has released a Press Statement confirming that Mubarak is in their custody. This was reported in the Weekly Trust.  It reads:

Aminu Kano Teaching Hospital Kano yesterday issued a press statement concerning a patient of theirs who has over the past week made news on social media after he alleged that he was held captive by his parents in the hospital for denouncing Islam and the existence of God.

The management of the hospital said they have a patient by the name of Mubarak Bala, who is suffering from a “challenging psychiatric condition which needed close treatment and supervision”.

Mubarak took to Twitter to and said his father and brother had put him in detention at the Aminu Kano Teaching Hospital psychiatric ward. He called on different international organizations and the public to come to his rescue.
The hospital, however, in its statement said Mubarak’s nutritional needs were fully taken care of contrary to his claims that he was heavily sedated and not fed.

The hospital also clarified that a lawyer hired by an organisation was around to see and talk to him. “The lawyer is in contact with Mubarak and has had discussions with him. His stay in the hospital is purely on medical grounds and with the consent of his family. We have no reason to keep him beyond necessary,” the hospital’s statement said.
At the time of filing this report, the family was yet to speak concerning the issue.

Since a fundraising is being organised to raise fund for the “expensive fees” the lawyer is charging and I assume, atheist 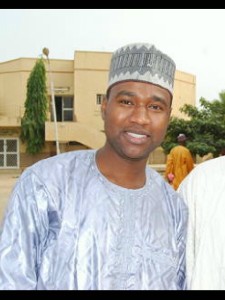 organisations and individuals are willing to donate to this fund, it would be good to have a lawyer who is an experienced and respected human right lawyer/activist. This case needs a fiery and passionate lawyer who is not afraid to call a press conference to speak out against the degrading treatment and human rights violations Mubarak Bala is currently subjected to.

I hope that one of the many Nigerian respected human rights lawyers and activists would take up this case on humanitarian ground. Similar cases have been handled by top human right lawyers sometimes without charging fees. I should know, i have benefited from free legal representation from Nigeria’s topmost human rights lawyer Late Chief Gani Fawehinmi (SAN) and Barrister Femi Falana (Senior Advocate of Nigeria) during my various detentions under the draconian reign of Nigeria’s military junta.

A press conference needs to be called by foremost human rights lawyers and activists immediately. This might make a whole difference to whether or not Mubarak Bala lives a second longer. Simply put, his life hangs in the balance and a nationwide Press conference by respected human right lawyers and activists could make a whole world of difference.

The case of the former first lady of Enugu state, Mrs. Clara Chime, comes to mind. Clara Chime was held hostage in the government house by her husband, Governor Sullivian Chime who attempted to justify the illegality by alleging that his wife has “a medical challenge.  A press conference by Barrister Femi Falana and a real threat of a legal action helped get the former first lady out of forced custody. Bala Mohammed could do with such help right now.

This is  a case Nigeria’s National Human Rights Commission (NHRC) needs to investigate and act on. Justice should not be for the rich alone!

There is a #Freemubarak hashtag on twitter and a FreeMubarak Petition, kindly help get the message out and save the life of this young man.