This is so depressing! Roger Jean-Claude Mbédé, the Cameroonian who was imprisoned for sending a text message declaring his love for another man, has died on Friday 10 January, in Cameroon. 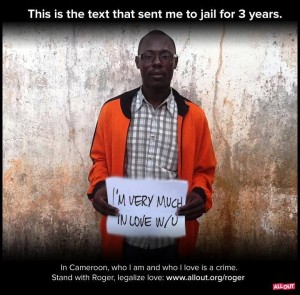 Cameroonian activist, Lambert Lamda, said Mbédé had been out of hospital for about a month before he died and had received no medical care during that period.  ‘”His family said they were going to remove the homosexuality which is in him. I went to see him in his village. He could not stand up, he couldn’t speak.”

This is a sick society. What the heck are my fellow Africans doing to their brothers and sisters? Is condemning your flesh and blood to death for loving someone of same-sex your cherished African family values?

Why are those ignorant, hateful homophobes hell-bent on punishing us for loving another adult human being? Why are they bent on criminalizing our love? In the midst of all the suffering, hardship, poverty and wars, how could love be a crime? How does our love harm you or the society?

African Lesbians, gays, bisexuals and Transsexuals are not the ones in need of a cure. We are not the sick ones. The sick ones are the homophobes, biphobes and transphobes who are determined to send us to prison and even kill us because of our sexual orientation. Homophobia is a social disease; homophobes should seek a cure!

Roger Jean-Claude Mbédé’s lawyer, Alice Nkom, laments “I accuse the state. If there had not been criminalization of homosexuality, he would not have gone to prison and his life would not be over. His life was finished as soon as he went to prison.” According to Alice Nkom, ‘His family said he was a curse for them and that we should let him die.’ 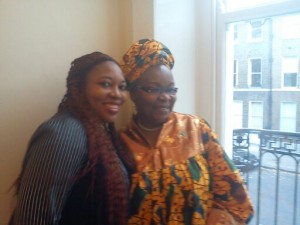 In 2011, I had the opportunity to meet and discuss with Roger Jean-Claude Mbédé’s lawyer, Alice Nkom, in London. She is one of very few African human rights lawyers that are willing to defend LGBT rights in Africa. I appreciate her courage.

I am saddened to learn that Roger Jean-Claude Mbédé was denied entry visa by foreign embassies in Cameroon. If he had been granted a visa to leave the country and take a much needed break in a safe environment where he would be able to access good healthcare, he would most probably still be alive today. Denying entry visa to Roger Jean-Claude Mbédé, a persecuted lgbt person, was a most inhuman thing to do.  Is this how to show support for persecuted African LGBTs? How does denying visas to persecuted LGBTs help our cause?

I believe these embassies should be ashamed and consider themselves complicit in the death of this young man. They failed Roger Jean-Claude Mbédé, they failed African LGBTs and they failed humanity. When governments of these complicit countries make noise about supporting LGBT rights in Africa, they need to be told to back up their words with action or just keep quiet. We need allies who will stand strongly beside us and not just empty words of support.

Nigeria and Uganda lawmakers have both passed anti-lgbt bills intended to jail LGBTs. Both bills are waiting for the assent of the Presidents. What support is the international community giving to vulnerable sexual minorities in these countries? We need more than words, we need action.

It is inhuman to stand and watch idly while innocent human beings are systematically persecuted and hunted down by their own government.

It is inconsiderate of foreign governments who have laws protecting lgbts in their own countries, to wine and dine with homophobic government officials.

Countries that have progressive LGBT laws should deny entry visas to prominent homophobic government officials and religious leaders who support and promote hate and violence towards sexual and gender minorities.

In July 2013, a prominent Cameroonian gay rights activist and journalist Eric Lembembe was gruesomely murdered. Mr Lembembe’s neck and feet was broken and his face, hands, and feet burned with an iron. How many more will die before the world wakes up to its responsibility? This horrific treatment of a person because of their 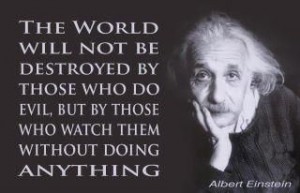 sexual orientation is why we bother.

Hiding under culture, religion or inhumane laws to commit crimes against humanity must be thoroughly condemned. Silence is simply acquiescence to oppression.  As Albert Einstein said “The world will not be destroyed by those who do evil but by those who watch them without doing anything”

A lot needs to be done to protect vulnerable LGBTs from persecution; all hands must be on deck to save lives. Enough of the talk, enough of the rhetoric, we need progressive action. LGBT rights are human rights; let us defend it, not with empty words but with concrete action.

Nigerian LGBTIs in Diaspora condemns signing of the ‘Jail the Gays’ bill. » « My New Year Resolution