Wow, that was one very hot debate. During the debate someone even tweeted that i was behaving like a thug, funny. I wonder why many think gays, lesbians, bisexuals and Trans should be apologetic when asking for rights. I DEMAND my human right, not beg for it.

I am often called aggressive, confrontational and too loud for speaking out for LGBT Rights. It seems one is expected to be humble when asking for rights that others already enjoy. Lesbians, gays, bisexuals, Trans and Intersex are expected to meekly ask for the same rights their fellow citizens enjoy. When you don’t meekly beg for your rights, you are called aggressive, confrontational and “a loudmouth, disrespectful bitch”, as I have been called.

It amuses me when people are quick to advise that I should not get ‘angry’ or passionate when asserting LGBT rights as human rights. Some have even claimed that I hurt the cause when I assert that lgbt rights are human rights rather than beg for the acceptance of Lgbts as humans.  Really, I have to beg you to accept I am a human being because my sexual orientation is different from yours?

Some even claim that it is disrespectful to blacks to compare the discrimination LGBTs are facing to slavery and racism. They get all angry when LGBT rights activists and movements are compared to Civil liberty rights activists and movements. They are probably confused because they do not walk in the shoes of Lesbians, gays, bisexuals and Trans. The many lesbians, gays, bisexual and trans whom are daily discriminated against, abused, harassed , tortured and even killed for their sexual orientation or gender identity knows better.

I face a 14 years imprisonment for my sexual orientation; I face 10 years imprisonment for advocating for gay rights and I face the possibility of being lynched for identifying as a bisexual. You don’t call that discrimination? You don’t think this an inhumane way to treat anyone? You think I am being dramatic? I think even if you do not walk in my shoes, you need to learn what empathy is.

Imagine that you are a black person who is being constantly told by a white person that you are subhuman because of your skin colour, do you meekly explain to them that you are human or do you get angry enough to sue their racist asses?

If in this age and time, I still have to convince people that LGBTs are human beings, that we are persons too, then do not be surprised when once in a while I get tired of your ignorance and just told you to grow a brain!  I do not need to defend my Personhood to anyone; I just need to call the homophobes, biphobes and transphobes out on their ignorance.

No black person of dignity would sit calmly while a white person tells him/her “You are sub human”. It is the same way I feel about sexual orientation. Everybody wants me to be calm while they tell me i am not human enough to enjoy the same human rights they enjoy because I am gay, lesbian, bisexual, Trans. They expect  LGBTs to sit down, appeal to them and calmly try to convince them that LGBTs are Humans too. WTF!

Of course I am human, entitled to human rights if you don’t get that, it is your fucking shit to deal with, your ignorance should not be my headache. And I have every right to scream at you if you called me less than human, if that makes me a thug, well, i guess Martin Luther King, Rosa Parks and Gani Fawehinmmi were all thugs, in fact Nelson Mandela was called a terrorist.  In which case I am happy to be called a thug cos it looks like I am in good company!

I am ASSERTIVE not AGGRESSIVE
I am FACTUAL not CONFRONTATIONAL
If you do not like the TRUTH, Do not peddle LIES
If you can’t take the HEAT, Do not start a FIRE
Hiding under your bed won’t save you from the TRUTH or my logic boot 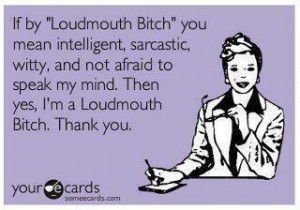 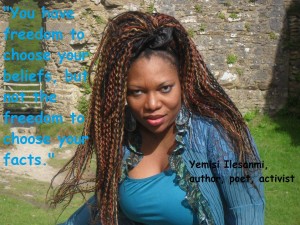 Related Link- Not begging for my LGBT/Human Rights does not make me Aggressive, just Assertive. Deal with it! Part 2

Not begging for my LGBT/Human Rights does not make me Aggressive, just Assertive. Deal with it! Part 2 » « Anti gay law in Nigeria: A triumph of culture and religion or just an infringement on human rights?- Enjoy the hot debate!