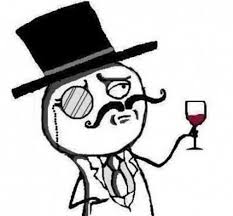 I haven’t hidden how unimpressed I am with the FBI/CIA/NSA’s joint report that alleges Russian hackers interfered with the 2016 elections. In my opinion, the ‘evidence’ they present is painfully thin, and mostly bad or inaccurate.

Let’s have a look at some of the quality of evidence that the FBI has been able to present in other hacking cases.

END_OF_DOCUMENT_TOKEN_TO_BE_REPLACED

One of my commenters in another posting, asks:

What do you think of the notion, given the incompetence of the government in keeping hackers out of their computer systems, that The Secretary’s private email system might actually been no worse than the State Department’s system, which, apparently, is known to have been hacked into?

As I understand it, the FBI has no evidence that her private system was, in fact hacked but they, apparently, do have evidence that the State Department’s computer system was invaded by hackers (as by the way as has the Pentagon’s).

There are a lot of issues to cover and I’m going to jump on some of them scatter-shot, then see if I can conclude with a summary of my views, along with some supporting facts.*