The FBI has hit on a splendid way of catching terrorists: you create them.

It’s not quite the “Texas sharpshooter fallacy” and it’s not exactly entrapment. The legal bar for entrapment is that the defendant has to demonstrate that they were entrapped into doing something that they would not normally do. So, if you’re a hacker and an FBI secret agent tries to hire you to break into the DNC, it’s not entrapment because it’s something you normally do. If you’re thinking “wow, that’s pretty easy to game” you’re right.

Since the beginning of the war on terror, the FBI has flung its nets pretty far, and have been doing a good job of collecting a passel of deplorables. For example, they just got this guy: [bbc] 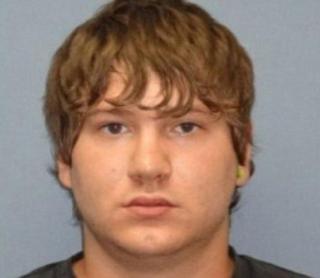 A 23-year-old has been arrested and charged with attempting to blow up a bank in Oklahoma City, the FBI says.

Jerry Drake Varnell allegedly told undercover investigators that he hoped his actions would “cripple the government” and cause a “revolution”.

The criminal complaint alleges that shortly after midnight on Saturday he attempted to set off a fake bomb.

Speaking to undercover agents, he cited the film Fight Club and the 1995 Oklahoma City bombing as inspiration.

The FBI says that on 12 August Mr Varnell drove a cargo van – which he believed to be stolen and loaded with 1,000lbs (453kg) of explosives – to BancFirst in downtown Oklahoma City.

Days earlier, he recorded a message to be posted online after the attack, telling an undercover informant that it was important to have a statement ready to post to social media in order to prevent other groups such as the so-called Islamic State from claiming credit for the attack.

On Saturday, he parked the van in an alley beside the bank, and then attempted to dial a number with a mobile phone, thinking that would trigger the explosion, the FBI said.

Naturally, I do not approve of driving a truck loaded with explosives to blow up a bank, or anything else. I can’t think of him as a credible threat, though – if he was attempting to set off a fake bomb, that has to mean that the FBI provided him with the fake bomb. So, basically, this guy is probably some ignorant garbage human who got trolled on some anti-government bulletin board by an FBI agent using a cover identity. When I read stuff like the above, I look between the lines, too: did he really say he wanted to have a statement ready to post, or did someone give him that brilliant bit of advice? Someone like the FBI informant who provided him with the fake bomb?

Someone who thinks that blowing up a bank is going to start a revolution and cripple the government is so ignorant that you could probably tell them to blow up a bus by breathing up the exhaust pipe and he’d burn his lips trying.

There are a couple problems I have with this sort of thing. First, and foremost, it does nothing to detect and collect actual dangerous people. In fact, the dangerous people operate with impunity while the FBI is busy breeding fish to shoot in a bucket. Secondly, there is a slight danger that this guy will now learn to be actually dangerous. Or, what if he was able to figure out what was going on in time to get some real explosives and do some real harm? If he’s an anti-government “revolutionary” being trolled by the FBI is – as we can see – exactly the thing to set him over the edge. I have a problem with that: what if he realizes the FBI is trolling him and that he’s going to take the big fall, and decides to go on a shooting rampage in a shopping mall, instead? This is a problem: the FBI is stoking and priming these guys – admittedly they may already be primed – but they are not predictable. The Ruby Ridge incident was one example of where the FBI created a political and legal nightmare, so they could troll a militia member. It got people killed. The fingerprints of FBI provocateur operations are all over many such incidents, going back to the the 60s, when the Weather underground may have been penetrated by COINTELPRO; there have been questions as to if the Greenwich Village bombing was partly the responsibility of a provocateur. [wikipedia] It’s hard to know these things because we have no view into what’s going on in covert operations; what if (I am not saying this is the case, but what if…) Omar Mateen, the shooter at the Pulse Nightclub, had been frothed up by an undercover FBI agent, and he just decided to start his rampage a bit ahead of schedule, before they picked him up?

This sort of thing acts as a useful “idiot filter” for weeding out the deplorables, but it’s bottom-feeding, and it’s potentially dangerous.

I’m also concerned at the spin that has not been given to the story, yet: is this guy a white separatist or nationalist? He’s a dumb white guy who thinks he’s going to overthrow the government; is he a radical maoist, anarchist, or a fascist? I doubt the poor gomer thought that far ahead, but, what did he expect was going to replace the government after he overthrew it with his fake bomb?

Shortly after it happened, I was interviewed by Lew Koch about a computer security thing, and we had a conversation about Jose Padilla. Koch was following that case, which appears to have gone into the memory hole. Koch believed that the whole case against Padilla was the kind of spin ’em up and arrest ’em operation I’m describing. Having some familiarity with explosives and demolitions, as well as radioactive stuff, I agreed with Koch’s assessment that Padilla was a threat to nobody but himself. He was imprisoned for planning to build a dirty bomb, but he hadn’t even gotten to the point where he had “dirty” or a “bomb” – he was completely ignorant about what he was trying to do and would have probably died pretty quickly if he’d been messing with either explosives or plutonium. Koch describes the set-up here: https://shadowproof.com/2007/07/18/whose-conspiracy/ It features James Comey in a less than flattering light.

Varnell is already being portrayed as schizophrenic, apparently there was an incident of domestic abuse that he wound up seeing a psychiatrist over. I wonder if this is part of the “if he’s white he’s not a terrorist” “he’s crazy” set-up.

What on Earth do White Supremacists Want? » « Uh, Err, be Careful your Colors are Showing…