The strategic genius says, “when you are throwing people under a bus, make sure that your other staff won’t realize you’re the kind of person who will throw them under a bus, too.”

US President Donald Trump has played down the importance of an ex-campaign aide indicted in the Russia inquiry.

He said his onetime foreign policy adviser George Papadopoulos was a “low level volunteer” and “liar”. 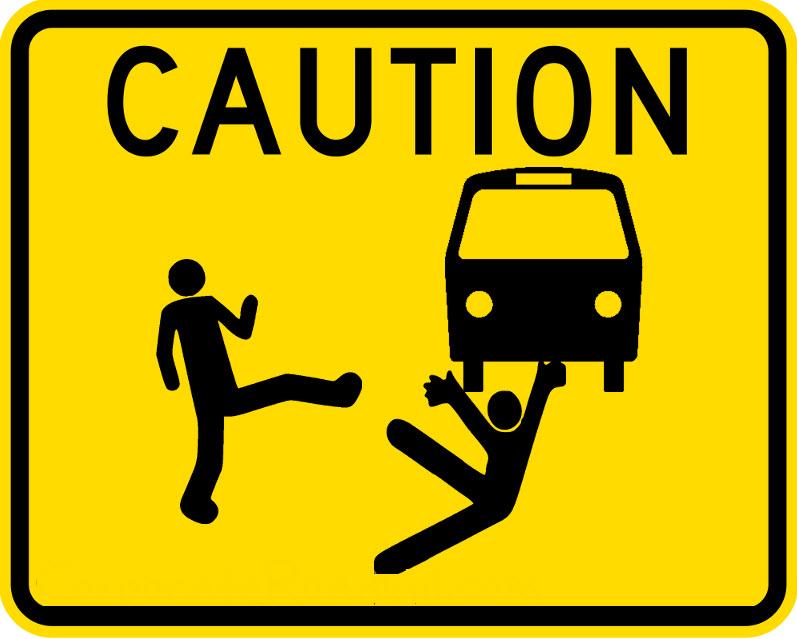 This is not a Loyalty Zone

Movie mafiosi, who followed the code of omerta, illustrate the most-evolved way of dealing with this issue: the boss protects the minions, unless they screw up so badly that they are caught – at which point they are expected to keep quiet, or die. Whoever rats anyone out (whether boss or minion) no longer commands loyalty from anyone.

Trump has not managed to instill enough fear in his minions that they would rather die than cooperate with the FBI. But, then, Trump is no strategic genius; he’s just not cut out to be a mob boss. He wants to be a mob boss, but he’s only got the chops to be a minion.

“bus undering” sounds awkward and I am absolutely certain that Terry Pratchett would have come up with something better. Unfortunately, I am not a language genius. I never got far in the Discworld series (too many, same tone, felt repetitive) but I loved the part where the assassins guild referred to “inhuming” people as, you know, the opposite of “exhuming” them.

A Truly Scary AI » « I Now Officially Believe it Was Russians