I used to feel so sorry for the child but also I was terrified to go near him for fear of ‘catching’ this sleeping disease. I felt sorry for him because he could not have been his fault that Tsetse fly bit him. If what he had was a disease, that meant he could not help his actions. No amount of beatings or humiliation could stop him from falling asleep in class. I just did not understand why the teachers were so horrible to him.

I wondered, did the teachers not know about learning disability?

Did they not know about sleeping sickness?

It was not surprising that the young boy never made it passed that year. Either he failed the class or he was pulled out of school. I did not see him in class after the first year. I always wondered what happened to him. The sad thing is, there are many ‘Jamius’ out there. These young people with physical and mental disabilities are still being made fun of, not just in school playgrounds, but in the classrooms as well.

In addition, young people who stammer are mocked and bullied, even by adults.

Many comedy programs, even on National TV, use mockery of people who stammer as a form of entertainment. Comedians regularly entertain audience by doing exaggerated stammering comedy sketch and of course, laughter from the entertained audience is always guaranteed.

Should adults not know better? 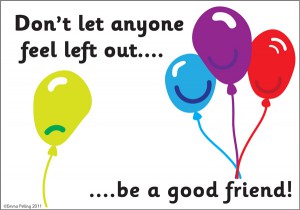 Is it ok to use the media to perpetrate the culture of bullying?

Is it right for us to be direct or indirect participant in this culture of bullying?

What young bullies do to other young people is often learnt from adults around them. The media, parents, teachers, and adults who don’t care, perpetrate this culture of bullying. We need to be aware of the harm we are causing young vulnerable children.

It is high time adults took responsibility for bullying.

Don’t just protect your child from bullies, also teach your child not to be a bully.

Teachers should not ignore bullying.

I really don’t know what children’s programs are like now in Nigeria and most other African countries, but I am sure they can do with more enlightened children and adults programs that teach about disabilities.

We need programs that enlighten people, especially children, about disability.

We need Programs that encourage children and adults alike to see what bullying looks like. Kicking a young person in the locker room is not the only thing that qualifies as bullying.

When you mock someone for stammering, it is bullying

When you force a young person to stand in front of the class to be humiliated because they can’t learn as fast as others, it is bullying

When you constantly put down a student, or your child for not being as fast a learner as others are, it is bullying

When you constantly pray aloud in your church that God should not give you a child with Down syndrome so that your enemies would not laugh at you, it is bullying.

When you stigmatise children with disabilities and refer to them as example of negative things you don’t want in your life, you are contributing to the culture of bullying

When you laugh out loud in the cinema when comedians like Basketmouth with his infamous rape jokes, mock people with disability for cheap jokes,  you are encouraging the culture of bullying.

Bullies are not born; they are made. 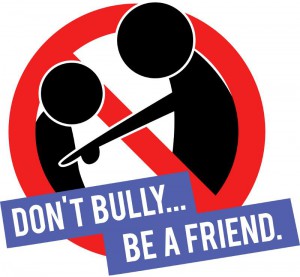 Do not make another bully.

Do not enable another bully.

Do not encourage the culture of bullying.

Ask your children about school.

Ask your children about their colleagues.

Ask your children about children they think are different from them.

Teach your children about diversity.

Teach your children about physical and mental disability.

Teach your children not to be bullies.

Learn to recognise the signs of bullying. If your child comes home with bruises from school, look into it.

There was this time in my high school days, when a nasty, vicious teacher known for his long cane and the way he regularly cracked it on his students, made the mistake 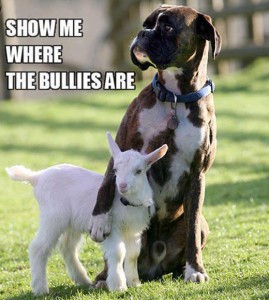 of beating me with his long cane. I was always the apple of my teachers’ eyes, I was a school prefect right from my primary school days and president of  the prominent school clubs,  therefore  I rarely get on the wrong side of my teachers.

However, this one time a teacher made the mistake of beating me because my parents did not attend a PTA meeting. Yes, teachers actually punished children whose parents did not attend PTA meetings. They take attendance and the students whose parents did not attend, had to endure corporal punishment. It sounds weird to me now, but actually, that was considered NORMAL back then. It is probably still normal in public schools. So, this teacher made the mistake of beating me and leaving bruises. When I got home, my dad saw the bruises and was so angry he immediately went to the school and almost demanded the head of the teacher on a spike. He screamed blue murder and threw his weight around screaming, “How dare you beat my daughter like this?” ” Do you know i am an ex-soldier?” Lol! That remains one of my fondest memory of my now late father. After that performance, no teacher dared to use their cane on me again.

Let us, as adults and parents, be vigilant.

Beware that there are awful teachers out there.

Let us reconsider what we consider normal.

Instilling fear in children through torture could lead to lasting negative effect.

Do not bully your child under the guise of instilling discipline.

Teachers should stop bullying students in their care and those who do should be made accountable.

Adults maltreating children under whatever guise, is child abuse.

Adults should be the protectors of children, especially vulnerable children living with disabilities.

When your Pastor or Imam screams that God should punish your enemies with children with Down syndrome, please do humanity a favour, tell the scumbag to shut up.

Below is a video by Anti-Bullying Alliance to mark anti-bullying week 2014. Kindly watch and share.

63% of young people with autism have been bullied in schools.

82% of young people who have a stammer have been bullied

8 out of 10 young people with learning difficulties have been bullied.

Evidence show that disabled children and young people are significantly more likely to be bullied or victimised than their non-disabled peers. 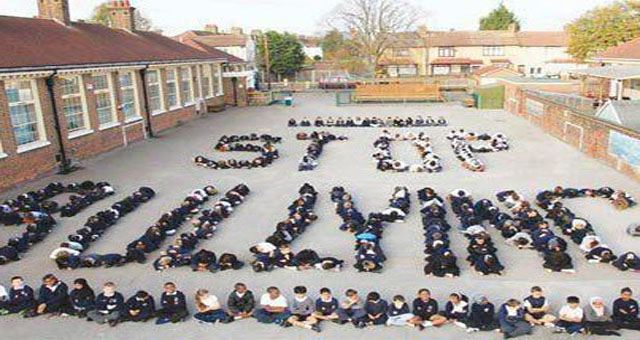 Child abuse is not discipline or African, it is simply cruelty to children!

#Ferguson: Mike brown and the “It is not a race thing” Apologists. » « Calling Out Misogyny or Bullying is Not An Attack; It is a Social Duty!