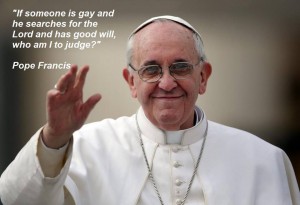 Well, the man in the stylish cape, silly hat and all that expensive fabrics says he won’t judge gays. How so cute!

If someone is gay and he searches for the Lord and has good will, who am I to judge?

This news has been heartily welcomed in the LGBT community. Many now flash the statement like a sort of ‘divine’ approval of their sexual orientation and armor in their LGBT Equal Rights campaign.  Even I might just flash the quote at the next catholic who  rants about how gays, bisexuals and Trans are all going to hell, but isn’t that really the position of their Pope?

It is obvious that the statement is not an endorsement of homosexuality, bisexuality or any other sexual orientation outside the ‘normalized’ heterosexuality, but well, the gays are happy that God’s ordained representative on earth is no longer judging them.

Baby steps some say, but really, do gays need approval from the Pope?

Anyway, I say, good for the Pope, at least he is growing a little bit of conscience or learning how to play modern politics to ensure the survival of his outdated entity. But ‘forgive me’ for not jumping for joy, cos really, do gays need a pat on the back by anyone who thinks there sexual orientation is a sin?

Is it such a big step for humanity that a ‘respected’ figure who still heads the organization that has been judging gays since forever,  has chosen not to judge them anymore but adopt the ‘let’s tolerate them’ attitude? 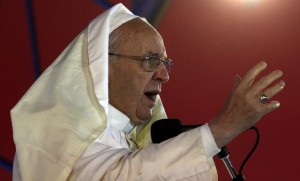 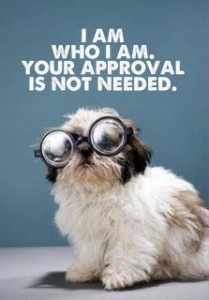 It is a pity that I can’t flash  the Pope’s statement at his numerous fans, especially his Nigerian die hard fans, who frequently admonish that i will surely burn in hell because of my sexual orientation and for advocating for LGBT rights as Human rights. I can’t  because going by the Pope’s statement, gays that do not SEARCH FOR THE LORD will still be judged. He will only tolerate them AS LONG AS THEY SEARCH FOR THE LORD AND HAS GOODWILL.

Actually, I will be doubly judged since I am both a heathen and a Woman. A woman still not fit to hold the office of Priesthood, cos well, I got a vagina and erm… boobs, yeah don’t forget the boobs.  Vagina and boobs which you know makes me just not fit for priestly duties or so says the Pope, his predecessors and the organization he heads.

Anyway, the catholic gays who search for the Lord and have goodwill can bask in the non judgment of their Pope, after all:

Well for now, it is enough that their Pope, that representative of God on earth, has gone into closed doors meeting with Skydaddy and came out of the meeting just a teeny weensy bit wiser. That is, he grew tolerance for gays who looked up to the Lord and hope that the Lord would touch them and change them from their evil ways. 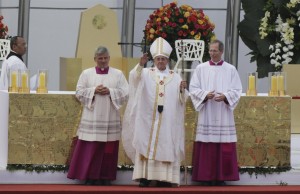 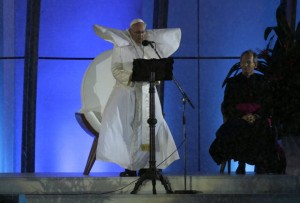 My Mysterious Lover! » « The Christian Association of Nigeria vows to chase out gay diplomats but Archbishop Desmond Tutu won’t worship a homophobic God.