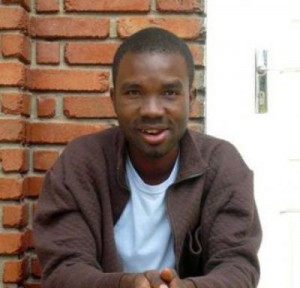 I wish I have good news to share from Africa, but it all seems so gloomy!

Prominent Cameroonian gay rights activist and journalist Eric Lembembe has been killed in the capital, Yaounde, a rights group says. Mr Lembembe’s neck and feet appeared to have been broken and his face, hands, and feet burned with an iron, Human Rights Watch (HRW) said.

According to the Human Rights Watch, the friends found his front door padlocked on the outside but could see Lembembe’s body lying on his bed through the window.

According to one friend, Lembembe’s neck and feet appeared to have been broken, and his face, hands, and feet had been burned with an iron.

The attack happened weeks after Lembembe issued a public warning about the threat posed by ‘anti-gay thugs’.

Despite the friends of Lembembe having approached the police, the authorities have yet to launch an investigation.

Oh, Africa, why so much hate towards your fellow humans? With hate fueled ignorance, you dig the grave of your children and mortgage your very present and future.

There will be a protest on Tuesday 23rd July, 2013 outside the Cameroon High Commission, London.

Get angry and take action. If you can’t join us, write or email the Cameroon President Paul Biya via the Cameroon High Commission in London: info@cameroonhighcommission.co.uk You can also phone the High Commission: 020 7727 0771 or fax them: 020 7792 9353

These are the demands of Tuesday’s protest:

We strongly condemn the brutal murder of Eric Lembembe in Cameroon. The government of Cameroon should be held to account. We are urging the following:
1. We demand an immediate investigation into the death of our fellow human rights activists.
2. Prosecution of all responsible.
3. An immediate release of all those in prison in Cameroon because of being LGBTI.
4. Allowing all LGBTI persons in Cameroon to exercise their rights like everybody else and access all medical services without discrimination.

This is the website of the Cameroon High Commission in London: http://www.cameroonhighcommission.co.uk/

If you can, please be there to show your solidarity. Also consider writing or sending an email to Cameroon President Paul Biya via  Cameroon High Commission.

No one should be killed for demanding equality for all. Persecution comes in different colours, shapes and sizes. Be outraged enough by this murder to stand up for equality and justice for all. Love Not Hate! 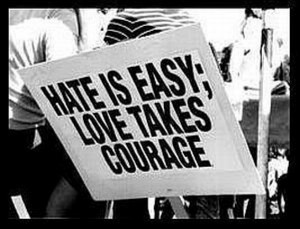 FtBCon: Atheism Is Not Enough » « On S29(4)b and the #ChildNotBride saga: Let’s get the facts right