September 23rd is Bisexuality Day, also known as Bi Visibility Day.  It’s Bi Visibility day today, I guess it is that one time of the year where I have to stop being so magically invisible and show myself in all my Unicorn glory; as a Bisexual!

Being Visible does come with its price, for example, I have to pay for things I bought in the stores today, cos well, I’m visible today. I have to bring out my oyster travel card and pay for bus, tubes and tram rides, like every other visible person cos I can’t ride for free today.  I get to be a visible B within the LGBT rainbow community today and I’d say, it’s worth it.

I know I am happy the LGBT community would at least recognise my existence today, it isn’t fun being that invisible B within the LGBT rainbow family all year long!

It sure does hurt when your own family fails to recognise you exist.  For example, a few days after marching and partying it up at the London Pride in Soho, I was at a swanky Sexual health clinic in Soho for my annual Sexual health check.  The place came highly recommended by an impressed friend I met at London Pride who was going on about how nice, easy and smooth the Sexual Health clinic in Soho was, so I decided to do my annual check there.

Well, we all know Soho is the gay headquarter of London, as a member of the LGBT family, the LGBT flag conspicuously on display makes one feel at home in Soho. I was feeling pretty much at home as I completed my questionnaire on the nice computer screen, and listened in awe as the computer generated voice gave me instructions on how to provide my test samples. I watched in fascination as the tube sucked in and beamed my samples to destination test laboratory. Hmm, Nice technology, I thought.

After filling my details on the computer screen and giving my samples to a tube sucking device, then came the dealing with human being part. However, it was not long before the humans burst my bubble. I was ushered in to see a health adviser, he was a young, friendly enough chap who wanted to ask me a few routine questions. I was feeling at home.  He asked if I was gay and I said No. Then he immediately proceeded to say to me-

“What we normally tell heterosexual people who visit this clinic is…”

WTf! When did I say I was heterosexual? Why this assumption?  At that point I had to cut him short.

“But you said you are not gay.”,  he asked, somewhat confused.

“Yes, I am not Gay, but that does not make me heterosexual. I am bisexual.”  I explained as calmly as I could, even though it was all I could do to stop myself spitting unicorn fire at him for daring to assume my sexuality and erasing bisexuality in a Sexual Health clinic operating in Soho.

Even with the welcoming rainbow flag in the heart of the LGBT community in London, I still have to remind a sexual health practitioner that Bisexuals exist. I had to let him know that not identifying as gay does not automatically mean I am heterosexual. It hurts.

This invisibility hurts. This non acknowledgement of my existence within my own community hurts. Just a few days ago before sitting in that office across this health practitioner, I was marching in the London Pride Parade on these same streets and partying it up all night with my rainbow family on this same street that this Sexual Health Clinic that flies the LGBT Rainbow flag, operates from. However, I had to remind this sexual health adviser that everyone who visits this sexual health clinic in the very heart of Soho is not either gay or straight. There is that B, you know, the silenced B. That Big B in the LGBT Family. The B actually stands for something. It does not stand for Bitch or Bullshit or Badass (Maybe it does stand for Badass sometimes), but it surely does stand for Bisexual.  Yes, Bisexuals! We exist. We surely can’t be so invisible that we have to explain that we exist all the time even in LGBT Soho?

Yes, that minor incident irritated me because it was a reminder that as a bisexual I am still invisible and not recognised within the LGBT community.

Anyway, remember fellow bisexuals, let’s keep educating our LGBT community. Let’s try not just to blend in with a label that isn’t ours just because it is the one that’s visible. The LGBTQI family and its facilities are ours to use and feel comfortable in too. Challenge the status quo. Be Visible.

I am 100% Bisexual; No Filter. My sexuality does not change with the gender of my partner or lack of partner. Forever Bisexual. Happy Bisexuality Day to all my fellow Bisexuals. Be out. Be Proud. Be Visible.

Again, don’t forget to pay for the things you buy in stores today, this is one day of the year you are visible, even if it means paying for stuff, Celebrate Bisexual visibility day. Remain Bifabulous and BiVisible cos you are worth it! 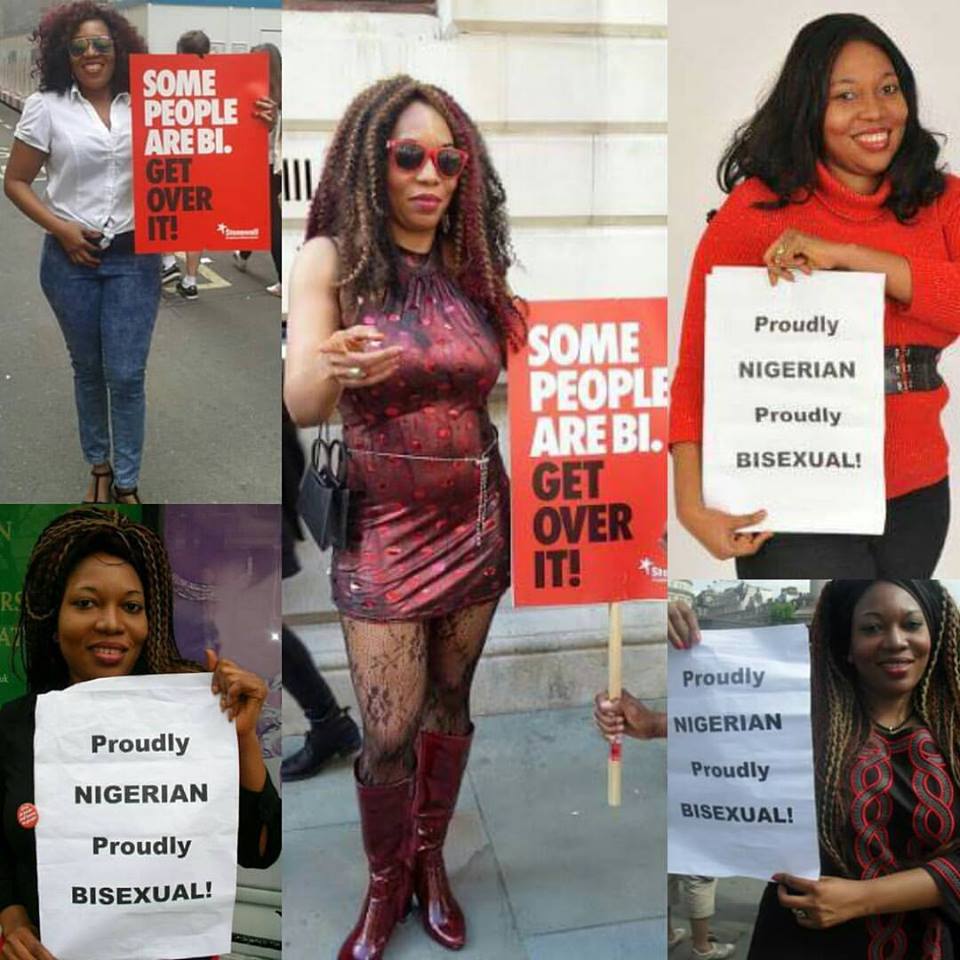 Celebrating My Uncelebrated Nigerian Award! » « 8 students burnt to death for Blasphemy against Islam