I was shocked and dismayed when I received the news that India has re-criminalized same sex relationships. On Dec 11, 2013, the Republic of India Supreme Court overruled the  2009 landmark decision of the High court. Although I w 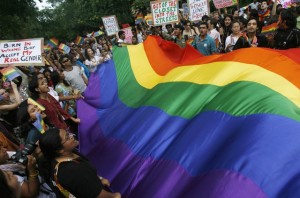 as aware that the 2009 victory has been challenged in the court by some religious bigots and politicians, I thought the Judiciary has made remarkable progress in human rights and wouldn’t think to take such a step backward.

In 2009, the Indian High Court ruled that the 19th-century provision of the penal code that prohibits people from engaging in “carnal acts against the order of nature” should not apply to consenting adults, including same-sex couples. Religious groups challenged the ruling, claiming that homosexuality is a Western import that hurts Indian society and family values.

The 2009 High court decision in favour of consensual same sex adult relationships had put India on a high pedestal in regards to the defense of sexual minorities’ rights. I did not think the Supreme Court was going to reverse the outstanding judgment.  In fact I did not think there could ever be a good reason to reverse a decision which condemned discrimination and supports equality for all. But it just did.

However, as suspected,  the Supreme Court could not give any reason to support discrimination as espoused in section 377 of the Indian constitution, instead, it chose to hinge its decision to reverse the earlier judgment which declared section 377 to be in breach of human rights, on the premise that a constitutional change should be left to elected lawmakers. The Supreme Court judges decided to jettison judicial activism in favour of separation of powers but in doing so, it also abandoned its constitutional power of judicial review.

Below are excerpts from the unfortunate Supreme Court decision. The judges wrote:

We hold that Section 377 IPC does not suffer from the vice of unconstitutionality and the declaration made by the Division Bench of the High court is legally unsustainable. The appeals are accordingly allowed, the impugned order is set aside

The judges closed their judgment with:

While parting with the case, we would like to make it clear that this Court has merely pronounced on the correctness of the view taken by the Delhi High Court on the constitutionality of Section 377 IPC and found that the said section does not suffer from any constitutional infirmity. Notwithstanding this verdict, the competent legislature shall be free to consider the desirability and propriety of deleting Section 377 IPC from the statute book or amend the same as per the suggestion made by the Attorney General

This was quite surprising considering the recent progressive judgments and views espoused by the court, some of which actually put the Executive and Legislative arms of government to task.  The Judiciary has in recent times, played active role in upholding the right of citizens to be free from discrimination, so why did the Supreme Court judges sway from its honorable part? Why deny the enforcement of fundamental rights of Indian sexual minorities? Why leave them vulnerable and exposed to persecution?

The controversial section 377 of the Indian Penal Code (IPC) is a legacy of colonialism. It is a relic of British colonization.  The Unnatural Offences/Sodomy Law was imposed by Britain on most of its colonies. Even though Britain has since repealed the law in its own parliament, most Commonwealth nations still have the relic in their statute books.  The Section states:

Unnatural offences.–Whoever voluntarily has carnal intercourse against the order of nature with any man, woman or animal, shall be punished with [imprisonment for life], or with imprisonment of either description for a term which may extend to ten years, and shall also be liable to fine.

The Supreme Court approach is quite out of character with its recent progressive judgments. Its decision to defer to legislature in this case of human right abuse raises more questions than answers. This is made even more perplexing since one of the two Supreme Court justices, Justice G.S. Singhvi, the senior judge on the bench, who heard the 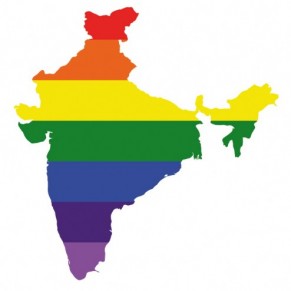 case was to retire after the judgment. Why retire on such an awful note?

Considering that this is a Supreme Court decision, it is heartening to know that there are still legal options human rights activists especially the lgbt community in India can explore. There is the option of judicial review and if that failed there is the option to file a curative petition before a larger bench.

This is quite a progressive judicial approach because in most countries the decision of the Supreme Court is final.  The court laid out its rationale for this second form of legal recourse in an April 2002 judgment on the question of whether an aggrieved person is entitled to any relief against a final judgment/order of this Court, after dismissal of review Petition,  It states:

We are of the view that though Judges of the highest Court do their best, subject of course to the limitation of human fallibility, yet situations may arise, in the rarest of the rare cases, which would require reconsideration of a final judgment to set right miscarriage of justice complained of. In such case it would not only be proper but also obligatory both legally and morally to rectify the error. Though it is essentially in public interest that a final judgment of the final court in the country should not be open to challenge yet there may be circumstances, as mentioned above, wherein declining to reconsider the judgment would be oppressive to judicial conscience and cause perpetuation of irremediable injustice.

Since it is almost time for general elections in India, it would take time for the legislature to visit this case, and that is if they chose to put it on the table. Until Section 377 is repealed by the legislature or declared once again to be unconstitutional by the courts of law, sexual minorities in India remain vulnerable to open persecution and discrimination,

LGBT rights are human rights, therefore they should be protected by all arms of the government. The Supreme Court erred in its decision to shy away from this responsibility. Sexual rights guarantee that everyone has access to the conditions that allow fulfillment and expression of their sexualities free from any coercion, discrimination or violence and within a context respectful of dignity.

Sexual rights are constituted by a set of entitlements related to sexuality that emanate from the rights to freedom, equality, privacy, autonomy, integrity and dignity of all people.Sexual rights are universal human rights based on the inherent freedom, dignity, and equality of all hum 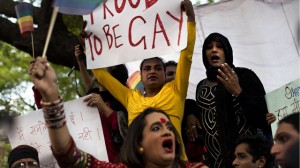 an beings. Sexual rights must be recognized, promoted, respected, and defended by all societies through all means.

Reforms are important to remove barriers that stand in the way of  recognizing and creating laws which promote human rights. Also, decriminalization would serve as a springboard towards changing attitudes and cultural misconceptions about sexual minorities in the society.

It is supposed to be ‘Forward Ever, Backward Never’ but on this issue, India has no doubt taken a ghastly step backward. This is unfortunate but a step backward won’t stop the rainbow from shinning through. Aluta continua…

Sex Workers Need Rights Not Rescue! » « The Dictators Are Not Only Those