I was listening to this episode of Snap Judgement podcast [the country doctor] and found my eyes kept filling with tears of shame and sorrow. As I listened, I realized that they were exposing the true core of “down home” America: racist but above all ignorant chucklefucks who don’t think – they robotically adopt the attitudes of their collective at church, and what they hear on TV. 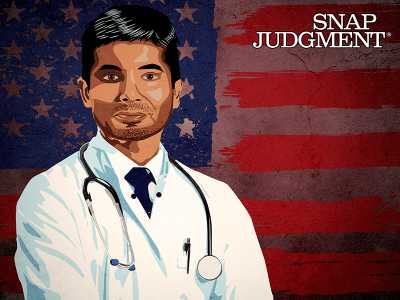 The doctor in the story is a highly qualified and successful doctor who wants to step off of the fast track and do some real medicine – to get down in the trenches and help people. And, he finds a lovely little town, and a yellow victorian house, and a hospital that has no qualified doctor (during his “job interview” he winds up in the ER performing surgery on someone) and everyone is welcoming, polite, and he feels incredibly fortunate. The family takes root immediately and everything is just great until Trump is elected. The problem, you see, is that the doctor and his family are muslim and he takes it personally when he discovers that most of the town voted for a guy who wants to put him and his family on a registry.

One of his patients, whose life he saved at great effort, talks to him, and is surprised at how upset he is. And it’s exactly the kind of thing I can imagine coming from anyone in small town Pennsylvania  – in other words, my neighbors – you know, “well they don’t mean you – you’re our doctor.” His neighbors and patients are surprised that he’s taking it so hard. But, once the topic is in the open, the death threats start appearing in his mailbox, a swastika is drawn on the sidewalk outside of the yellow victorian house, and suddenly he is face to face with the realization that he’s living happily in a town where everyone hates him, in principle, but doesn’t realize it because they are such stupid chucklefucks that they haven’t put the whole picture together.

The story gets surreal – people who were thanking him for helping them, and yelling at him because he’s a muslim and, you know, they’re bad people. The story, as it’s recounted, is completely plausible – the things that his neighbors say are exactly the kind of thing that thoughtless, ignorant, privileged, smug, chucklefuck christians say. You know, those christians? The ones that think that the world – let alone this country – was built for them. Their hatred is casual and it’s so deeply embedded that they don’t even realize it until the doctor opens his mouth and then they turn on him. 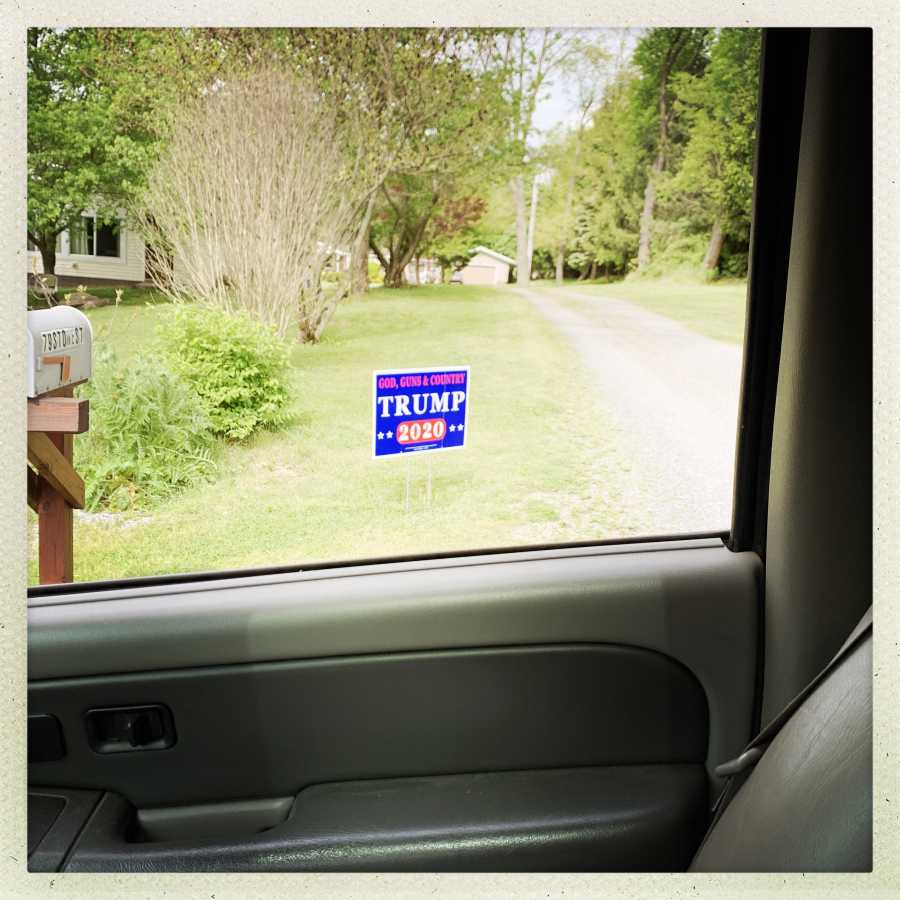 I know you know better than to expect that the story has a happy ending, to expect that the doctor confronts the town, reaches out to them with his humanity on full display, and they respond and learn and try to be better human beings. That’s the kind of redemptive story we expect, except … American small town chucklefucks just don’t have that in them. They’re too confident of their religion, too confident of what they are told on TV, and they’re basically thoughtless herd animals that obey Big Brother’s command to hate when the stranger reveals themself.

It’s worth listening to, but you won’t enjoy it. Those of you who aren’t small-town Americans will probably think that the story is exaggerating. But, it’s not. “Main St” USA really is a shithole of ignorance and you need to understand that. On the road I take to get into Clearfield, there are two houses that fly confederate battle flags, and over a dozen that have Trump signs. It doesn’t matter if you’re in small town Minnesota or small town Pennsylvania or small town Tennessee – it’s going to be the same, everywhere. The christians are so damn sure of themselves that they won’t even realize that you’re an atheist unless you shove it in your face. They assume you’re a Trumper, out here – I’ve had to head off some conversations by saying “I’m a liberal, progressive, socialist, I’m probably not what you think I am.” Then, they look at you with a new focus and say, slowly, “Yeah, but you’re not a bad guy.” See? It’s the assumption that a liberal, progressive, socialist is a bad guy – or the town’s sole qualified doctor is a bad guy because he’s a muslim. Howard Zinn, in one of his talks says something (paraphrasing) “You don’t realize that there is a racism problem in Beech Fork, Montana, because there isn’t until a brown family moves in. There was no racism problem because everyone there was white until 15 minutes ago.”

I feel drained and helpless, and I listened to that podcast episode 5 hours ago. “It ruined my day” is an understatement.

American xenophobia has been ratcheted to just below the level where the death squads will form and start marching around. But it’s nothing new – the whole country was founded on that kind of xenophobia – that’s how white America found the cowardice, ignorance, and violent cruelty necessary to push everyone off their land in North America, and steal people from Africa, enslave them, and use them to do the hard work. An hour before I had started listening to that episode, I was listening to an episode of The Bowery Boys about Chinese restaurants in New York City and their history, and of course it was replete with references to how the Chinese were brought over as cheap labor and abused and reviled and put in prison camps. Listening to the story of the muslim doctor, I thought there were countless ignorant, christian, racist American chucklefucks who ate yummy Chinese food, while supporting anti-chinese immigration acts. Just like the ignorant, christian, racist American chucklefucks who would turn on the town’s only qualified physician – who they loved yesterday – because they suddenly noticed that his wife wears a scarf all the time. They don’t have a race problem eating cheap vegetables, but they wish there weren’t so many Mexicans, and they’re too ignorant to realize that Texas was part of Mexico until we stole it, and the word they’re looking for is “ethnic cleansing” or “genocide.” But, like the people in the doctor’s small town in America – they’d be shocked if someone told them they were not Good People. The Very Best Kind of People.

Someone once asked Howard Zinn “why don’t you love America?” and he replied “which America?”

This whole Trump thing is not going to stop. Because it’s a reflection of small town America – he reached out and stirred them up and they voted him into power because he’s not educated, because he’s mean, and because he’s shit. He’s them. He’s their kind of guy. He’s Archie Bunker with an inflated bank account. He pretended to be a christian and they’re so stupid that they’re only just now starting to realize that he worships at the altar of himself – and they’ve decided they’re OK with that. They were OK with the concentration camps full of Japanese. They were OK with the million-plus braceros being “repatriated” back to Mexico after their labor was no longer needed when WWII ended. They’re OK with cops killing anyone who’s not them. They were OK with bombing Vietnam flat, with bombing North Koreans back to living in caves, and I really would be surprised if there is any atrocity that they’re not going to shrug and ignore, so long as it doesn’t interrupt the football game.

Don’t over-estimate small town America. And don’t turn your back on them, either.

Even More Disappoint » « Another Commission, Part 3