I’m going to rant/ramble and not try to make a neat argument this morning. I need sleep and coffee and it looks like I may be snowed in again and I want to get to the shop and make some wood chips before the roads are impassible.

I track Daily Kos as one of my input streams about current politics. It’s an interesting place but it’s a bit pro-military, highly pro-democrat, and it has a silly set of language policies wherein they’ll ban you if you are foul-mouthed or say anything that crosses various invisible lines in the sand regarding political violence or anti-police/anti-military sentiment. It strikes me as a bit sad and I usually envision a bunch of tea-drinking old ladies with lace coverlets on their table, trying to be genteel and courteous as the house they are sitting in burns down around them. Anyhow, one of the trends over at Kos is a posting in the form of:

I’m a naysayer; it’s in my DNA (if you believe Jordan Peterson regarding the degree to which our behaviors are genetically influenced) (actually, either way I got it from my dad) – so I’m attuned to those posts, immediately flipping them around in my mind and asking, “what, exactly, are you being naively optimistic about?” I find it odd that a political faction like the democrats can be so thoroughly pounded, then flounder in abject disrepair, deconstruct their leaders and realize that they’re the party of Diane Feinstein, Joe Manchin, Nancy Pelosi, Chuck Schumer, etc., and think that anyone who is saying something about how terribly bad the democrats are is a “naysayer.” To me, it’s as if a doctor sat down next to my gurney, with a radiologist in tow, and said “we need to talk about these shadows on your CT scan” and I screamed “naysayer!” at them. Hey, it’s diagnostics. 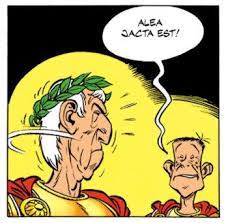 (A great moment in Asterix, where Caesar gets the idea for a moment in his biography)

So there are two camps, one of which has become increasingly suspicious about endless claims of “now we’ve got him!” regarding Trump. You know: it was Meuller time and then two unprecedented impeachments, cast against the backdrop of a long-running investigation in New York, and now congress is investigating whether a coup attempt that went down live on TV was a, uh, coup attempt and whether a bunch of congresspeople who were twittering and cheering it on were more involved, etc. – soon; they’re gonna do something real soon. It’s been a year, now, and the Jan 6 committee has issued some subpoenas and put together a tremendous catalog of facts that make it pretty clear that what happened on TV happened. They’re issuing subpoenas against all and sundry, and they’re getting blown off regularly by the apparently guilty (because ignoring subpoenas is totally what innocent people do!) and we’re getting the same kind of “Merrick Garland is a 6-dimensional chess player, just wait” routine we got about Robert Mueller. [stderr, I predicted a whitewash, because that’s what Mueller did with most of his career]

From my perspective, the folks who are complaining about “naysayers” are the bitter, rejected, exes who are still trying to hang on to a bit of belief because otherwise they’d have to confront the ugly fact that they are patsies. I’m in shrug mode about that: the American political system forces us into three roles: patsies, revolutionaries, or disgusted disempowered bystanders.

I’m going to go out on a limb here and predict that nothing’s gonna happen, mostly out of some lingering hope that the cynical universe decides to prove me wrong. But it’s pretty obvious to me that nothing’s going to happen and it never was, as soon as the wheels of justice decided that they were going to jam up and stop turning because there was a little obstruction in their path: namely the custom that nobody indicts sitting presidents. The democrats are such feebs they’re choosing political disempowerment over breaking a custom.

Flip that on its head and we’re left with an assertion that it’s a custom that presidents are criminals (which is true) and that the DOJ really can’t touch them (which is also true) because they’re there to stop poor people from smoking reefer and they’re there to run speed traps and keep immigrants out – not actually enforce the laws. Nothing’s gonna happen, Michael Cohen got some jail time because he pissed off Trump and Roger Stone got a pardon and Paul Manafort disgusted everyone so who cares about him, and we’re all going to be shocked if any of this goes higher than picking off a few more of the obvious deplorables. I.e.: Giuliani may wind up in prison for dropping an invoice for legal services on Trump that was “too big” to pay, and Sidney Powell will end up broken and poor someplace because she made the oligarchy look like it was bad at choosing its servants. Loyal ass-wipers like Tucker Carlson will not even experience a dip in their ratings.

It’s pretty obvious if you watched what was happening on TV that the majority of the republican apparatus was in on the coup attempt. That’s how and why they have the unity, as a bloc of witnesses, to refuse to testify. It’s pretty obvious that they’re doing like they did before the coup attempt: having meetings and briefings to get their story straight and hire less obviously stupid people than last time, so that when they try to take over the government again, it works. Then there will be pardons all around, back-slapping, and a few lynchings so everyone knows what the new world order’s going to be like.

In that frame, then the Jan 6 Committee’s work is for history: they’re trying to get all this stuff pulled together in one place so that 50 years from now someone will write a great Netflix series on it and it’ll be all propaganda anyhow, but at least they had the facts in one place so they could ignore them all together. The democrats have just discovered that political parties are a stupid idea if you don’t ideologically vet your membership because then the other guys are going to embed their people in your ranks, who can be called upon to drop the pretense at a critical time. Conspiracy or emergent conspiracy, who cares? Opportunists or spies? It makes no difference. The only significant difference is that, so far, none of the sitting legislators have turned out to be deep-cover CIA or FBI operatives. 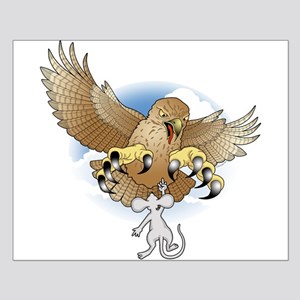 Anyhow, I think the democrats are toast. American democracy (the democracy that never was) is going to get a bit worse, which is saying something, but the fact is that we’re already able to look at the legislature and say, with a straight face, “wow, look at that minority rule” and then say “we need to protect democracy.” Sorry, but, you needed to protect democracy but that ship sailed when the founding fathers brokered some sick deals to count owned slaves as the owners’ votes in order to assure southern participation in the new scam they were putting together on the world stage.

This, then, is what I think is necessary: like in great American films The Wild Bunch and Seven Samurai sometimes a grand suicidally foolish gesture is what’s necessary as the future crushes you – the Jan 6 Committee needs to dump all their evidence on the DOJ and the DOJ needs to issue a bunch of warrants and arrest freakin’ everyone involved in plotting the coup. Arrest them, charge them, let them post bail and lawyer up, and have the biggest, most entertaining circus/show trials ever. Put it in front of a jury. Throw the dice.

It would be incredibly distracting and being in jail waiting to get out on bail would really cramp some of the republicans’ style in the mid-terms. The few smooth-talkers among the democrats could make some moopy speeches about how “we tried to protect voting rights legislatively but we were blocked using parliamentary tricks, so our only choice is to put it in front of the public embodied in the form of a jury.” Smooth-talking democrats should be doing the apologetic-sounding goony bird dance saying “it’s not our fault you guys rammed through legislation making it a serious crime to trespass on federal buildings during a protest. That was your legislation. #sad.” The Jan 6 Committee isn’t going to be able to get its evidence out any other way because if they haven’t dumped it on the historical record by mid-terms, the republicans are going to pull Bill Barr out of retirement to re-write the report, again. The democrats are so stupid they just can’t see that they keep doing the same thing over and over and it ends the same way. Or maybe they’re not stupid – maybe it’s performative – in which case: fuck them. They have helped fuck the world and their legacy is going to be dust and ashes anyway.

This is a manifestation of a general problem with how Americans do justice on other Americans: there is a filtering-layer in which, instead of just holding a trial and letting lawyers and juries have at it, there’s got to be a “select committee” or something like that, which meets in secret and decides if there is enough evidence to warrant a trial. Excuse me? If there’s enough evidence and the situation is significant enough to warrant a grand jury or a “select committee” or a “Court of Star Chamber” or whatever you want to call it – there’s enough evidence to warrant a jury trial and it’s time to stop fucking around. The whole system of plea bargains and grand juries exists as an intermediate layer by which the oligarchy can effectively control the machinery of justice. That’s how you can have a situation where a bunch of politicians launched an incompetent coup on television and they’re still not in jail. Meanwhile, the methamphetamine dealer up the street from me (who did much less damage to society than any republican congressperson) was arrested, convicted, and started his sentence in less time than it takes for the Jan 6 Committee to hold its roll-call in the morning. 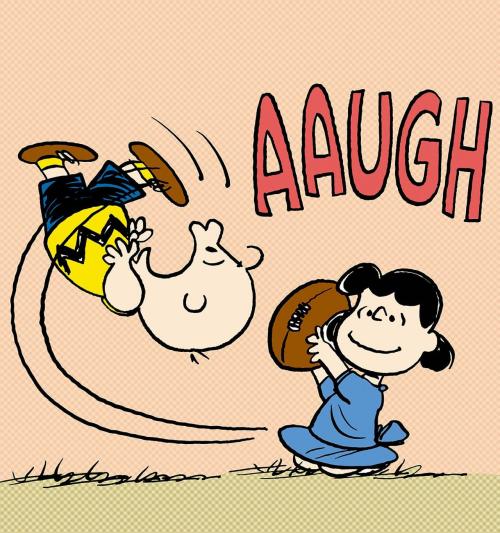 Is that “naysayer” enough? Time to ride into the hail of bullets in search of meaning, or admit that you haven’t got what it takes and you’re willing to go down in history as wringing your hands while Rome burns.