For the record: I don’t care particularly much about the underlying topic, but I am interested why someone would lie so obviously and incompetently.

Rust armorer Hannah Gutierrez Reed is suing the movie’s gun and ammunition supplier for allegedly selling her a box of dummy ammo that had some live rounds mixed in. Cinematographer Halyna Hutchins was killed on Oct. 21 when actor Alec Baldwin was rehearsing a scene from the movie being filmed at the Bonanza Creek Ranch near Santa Fe. In a lawsuit filed late Wednesday, Reed’s lawyers state that a box of ammo was found on set the morning of the deadly accident that was labeled “dummies,” even though it contained seven live rounds.

Here’s the problem: to put the “dummies” in the gun, you have to handle them. That’s part of the job description of “armorer” – they’re supposed to handle the weapons, make sure they are safe, appear functional, etc. Being an “armorer” does not include taking a box of something that looks like ammunition and just putting it in a gun. I’m just not buying it. 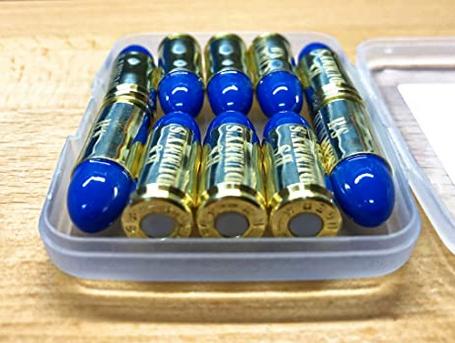 There are actual dummy rounds that are used to practice cycling a gun’s action, and they have special soft zones at the back of the casing, where the primer goes, to keep the firing pin from being damaged. But those are obviously fake.

They are also, unless the camera is running, what an armorer might put in a gun, to allow an actor to safely wave it around and pull the trigger, etc. I can imagine a scene where they are rehearsing the star crouched behind something, desperately reloading a revolver while CGI bullets blast holes in the landscape. Of course that’s also silly because if you’re doing CGI bullets, you may as well we doing CGI gunshot/blast effects, or using blanks.

Even blanks can be dangerous. It’s an explosion, focused down a gun barrel, and anything in front of it is going to get a blast of supersonic gas – then there’s what famously killed Brandon Lee: [wik]

In the film shoot preceding the fatal scene, the gun that was used as a prop (a real revolver) was loaded with improperly made dummy rounds, improvised from live cartridges that had the powder charges removed by the special effects crew, so in close-ups the revolver would show normal-looking ammunition. However, the crew neglected to remove the primers from the cartridges, and at some point before the fatal event, one of the rounds had been fired. Although there were no powder charges, the energy from the ignited primer was enough to separate the bullet from the casing and push it part-way into the gun barrel, where it got stuck—a dangerous condition known as a squib load.

During the fatal scene, which called for the revolver to be fired at Lee from a distance of 3.6–4.5 meters (12–15 ft), the dummy cartridges were replaced with blank rounds, which contained a powder charge and the primer, but no solid bullet, allowing the gun to be fired with sound and flash effects without the risk of an actual projectile. However, the gun was not properly checked and cleared before the blank was fired, and the dummy bullet previously lodged in the barrel was then propelled forward by the blank’s propellant and shot out the muzzle with almost the same force as if the round were live, striking Lee in the abdomen.

Brandon Lee’s death has got to be something that casts a long shadow over anyone who work in film as an “armorer” – and, in effect, the armorer in this case is saying that someone made an even worse mistake than the one that killed Lee.

To that point, I would think that anyone who’s an “armorer” in Hollywood, would have gone and had a friend with a lathe turn a bunch of brass dummies and included them in their props kit. Or 3D print them. Or cast them in bronze. Whatever. That way, they’d know that they were their dummy rounds. If we are talking a scene where casings are flying all over the place, like in The Matrix it’s going to be CGI anyhow. Having a gun appear to loaded does not require particularly realistic rounds in the cylinder of a revolver, to make the movie look right.

It seems to me that the armorer’s defense is that they were set up to fail, by accident or on purpose, but that it’s not their fault they didn’t give a cursory glance to the ammunition they were putting into a gun. That’s just weird to me, but probably it’s from shooting M-16s in a sandy environment and being hyper-sensitive about not giving the damn thing an excuse to jam (sand can spall the crappy aluminum casting of the upper, too and the armory sergeant will give you hell if you try to turn the rifle in after you damage it) you have to be constantly checking your magazine and the condition of what’s in it, if you want the pew pew pew to work on demand. I guess what I’m saying is that I believe the armorer: they’re a dumb ass who shouldn’t be an armorer – because that’s what they are saying.

I’m still baffled that anyone bothers to have actual guns on a shoot, especially when the plan is to turn around and have them not able to actually fire. If the gun does not need to go off, then the armorer can take the firing pin out and it’s no longer a gun, it’s an “ungainly club” and – again – there is no need for anything resembling ammunition to appear on the set. The death of Brandon Lee is a good example of the complex failure modes you can get with any piece of dangerous machinery, and this stuff needs to be thought through so that the failure modes are all inactivity. i.e.: if the scene involves a chainsaw, someone needs to ask, “is anyone going to try to start it?” because if it doesn’t have to run, then it doesn’t need a working spark-plug installed. 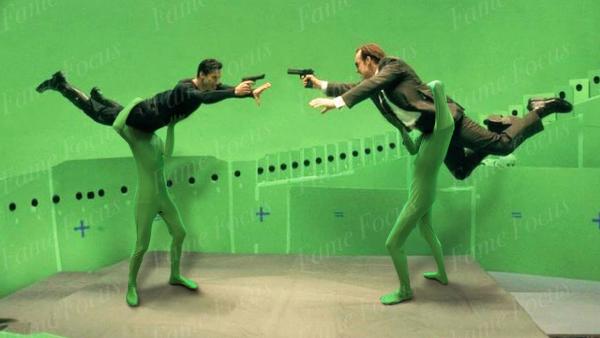 Since the entire scene is going to be massively post-worked, there’s no need for the guns to be real. They’re just holding things so their hands look about right. 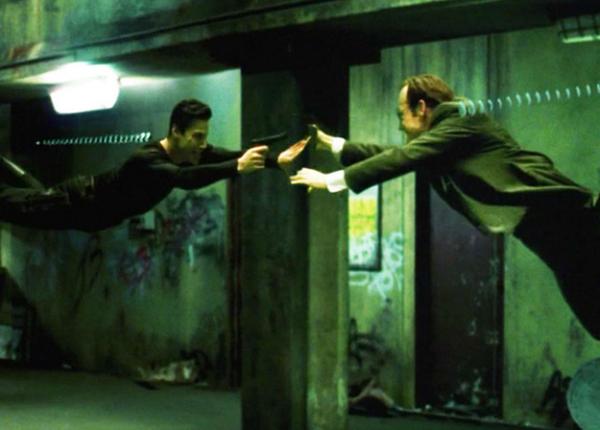 In retrospect, that effect is so freakin’ cheesy it’s amazing those movies were thought to be swoonily cool.

I think where I’m going with all of this is that there’s a bit too much stupid over-use of Chekhov’s gun in American movies. And we wonder why we have mass shootings? It’s a tenuous connection, I know, but I’m thinking that maybe scriptwriters and directors are just a bit over-enthusiastic about throwing guns into movies as plot devices, and the hollywood system is so used to handling “guns, lots of guns” that they’re stupid about it. It somehow matches American’s psychotic love of inflicting violence all over the world, usually from a safe distance/altitude – we’re trapped in the pornography of guns as WMD instead of violence, where its used as a plot-device, being a supremely important act that is done with care and attention to detail.

“almost the same force” – whoever wrote that on Wikipedia has probably never fired a .44 magnum. They’re so freakin’ overpowered that I doubt you could have actual .44 mag blanks on a set because the sound recording gear wouldn’t be able to handle the audio spike from the damn thing going off. Firing anything remotely like the power of a .44 magnum in a hollywood set would result in a massive wave of lawsuits for hearing loss. The bullet that hit Lee was probably going about as fast as on old blackpowder ball or something like that, at best, but would not have been a supersonic monster with 2000foot/lbs of energy at the muzzle like a real .44 mag round.

One guy in basic had a mis-feed, which caused the bolt to forge a big divot in the bottom/side of the bullet casing. The guy ejected the bullet, then put it back in the magazine and started preparing to try to feed it again. I managed to stop him in time. I don’t think it would have been a danger to anyone, other than “truly hellacious jammed brass bent in the chamber” but why experiment?

I had a lengthy discussion with someone online who swore that sniper rifle bullets leave vapor trails behind them. I’d never heard of such a thing but thought it might be possible, so I asked Sazz, who thought about it and said “nope, never.” It was only after a bit more back and forth that I realized the person I was talking to thought that Halo represented reality.

Find The Birdie » « Sunday Sermon: One Last Act of Defiance