The New York Times has an article about the emails between lobbyists and the new Trump administration, when it was first coming to power with its mandate to “drain the swamp.” By now, nobody ought to be believing any of that stuff – but the reality (as it usually is) is worse.

The messages, made public in a lawsuit, suggest the E.P.A. rescinded a requirement on methane at the behest of an executive just weeks after President Trump took office.

Remember methane? [stderr] Yeah, that stuff. The fact that there’s been a sudden surge of atmospheric methane probably is not a Trump administration-specific problem: it’s the fossil fuel industry gaming everybody – and I bet you a dollar to a pork bao that the Chinese fossil fuel industry is pulling the same shit.

Not long after President Trump’s inauguration, the head of a fossil fuels industry group requested a call with the president’s transition team. The subject: Barack Obama’s requirement that oil and gas companies begin collecting data on their releases of methane.

That outreach, by Kathleen Sgamma, president of the Western Energy Alliance, appeared to quickly yield the desired results.

“Looks like this will be easier than we thought,” David Kreutzer, an economist who was helping to organize the new president’s Environmental Protection Agency, wrote of canceling the methane reporting requirement in an email to another member of the transition team on Feb. 10, 2017.

Three weeks after that email, the E.P.A. officially withdrew the reporting requirement – and effectively blocked the compilation of data that would allow for new regulations to control methane, a powerful climate-warming gas.

The Obama administration’s requirements were not that wells be shut down or abated – merely that methane releases be tracked. I guess that was too big an “ask” for the fossil fuel industry. Because it would have forced them to decide what were ‘active wells’ versus inactive and it probably would have measured: disaster coming.

Note how the Obama bill was worded:

The Environmental Protection Agency unveiled a new rule that will target emissions from new or modified oil and gas wells.

That looks to me a lot like, “if you turn your old oil well into fracking, you need to start tracking this stuff.” But if you’re already fracking, ah, fuckit. We’ll just worry about the new stuff, right? Basically, it’s: obscure, deny, delay, grab the cash with both hands in the meantime.

If you follow the links (the Obama era announcement is now gone) it drops to a page on EPA.GOV that is all about: 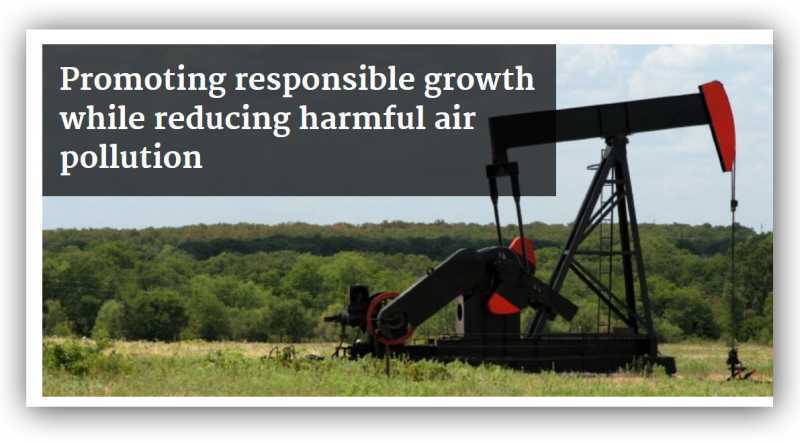 Which, presumably is related to: [epa]

EPA is proposing to streamline the Clean Air Act permitting process for certain sources engaged in oil and natural gas production activities in Indian country. The proposed amendment to the Federal Implementation Plan (FIP) for True Minor Sources in Indian Country in the Oil and Natural Gas Production and Natural Gas Processing Segments of the Oil and Natural Gas Sector could reduce, by up to 30 days, the time between a source owner/operator’s submission of required Endangered Species Act (ESA)/ National Historic Preservation Act (NHPA) screening documents and beginning construction.

Is that what I think it is? Basically: we’re making it easier for you to overrule native peoples’ sovereign rights, faster.

Meanwhile, it turns out that rich people (make sure you are sitting down) are a big piece of the problem: [guard]

The homes of wealthy Americans are major engines of the climate crisis, research has found, with the United States’ most affluent suburbs generating as much as 15 times the greenhouse gas emissions as nearby, poorer districts.

An analysis of 93m homes in the contiguous US found that the most energy intensive dwellings, per square foot, are found in Maine, Vermont and Wisconsin, while the least energy intensive are located in Florida, Arizona and California.

Mainly due to the larger size of homes owned by the wealthy, richer Americans are generating roughly 25% more greenhouse gasses through lighting, heating and cooling their residences than poorer people.

What, you mean a mansion with heated sidewalks (so you don’t have to shovel off snow) is an energy-waster? I’m shocked. Turn down the whole-building air conditioning of 15,000 square feet of living space, it’s getting hot in here!

All of the dire warnings about climate change, such as the IPCC report, lean toward trying to get humanity to stop releasing greenhouse gases now. But, universally, goverments’ reaction has been: later. You know, “practical” stuff like: “we anticipate growth of use of fossil fuels for the next 3 or 4 decades; i.e.: the regulation is all window-dressing for business as usual. The IPCC report (which I believe has been heavily sanitized for political reasons) puts “business as usual” on track for a 4C average temperature increase. That’s extinction temperature: all agriculture breaks down, a billion or two people die of starvation, and there are mass migrations – i.e.: Mad Max land. But, depending on who you talk to, we’re tracking a worse temperature rise – 6-8C – and instead of it happening in 2200, we’re blowing through the fossil fuels so fast that we’re running 80-120 years ahead of their predictions. I.e.: “we’ll have no snow in the arctic by 2200” well, it looks like that’s going to be happening in the next 20-30 years. Some of us will live to see it. You know who’s going to live to see it? The rich, who have been preparing private enclaves so they can comfortably live out the rest of their lives. What they don’t understand is that we’ve boosted forward a cycle that usually takes 120,000 years or so to cycle; so people who expect to ride this one out simply do not understand what ‘deep time’ is.

Meanwhile, air conditioning appears to be another runaway feedback loop. As the weather gets hot, we turn up the AC. Which takes more and more energy the hotter it gets. [fast]

Air conditioning uses a lot of energy: 87% of American households have AC, burning through 185 billion kilowatt hours annually. If developing countries adopt it at the same levels – and they’re catching up fast – that could mean a big rise in energy demand, with all the problems that go with it.

University of Michigan professor Michael Sivak crunches the numbers for the American Scientist. Eight countries could exceed the U.S.’ AC-related energy consumption, he says. India by 14 times, China by 5 times, and Indonesia by 3.1 times. Mumbai alone could use energy equivalent to a quarter of current American use.

If existing AC systems were replaced with newer ones, the efficiency gain would hold back the catastrophe for a couple weeks, at tremendous expense. None of this stuff is going to make any difference because the underlying assumptions are that fossil fuels will still be in use for decades, and the population is heading for ~13bn by 2060.

AC doesn’t actually remove heat, in fact it creates a great deal more, in order to create a relatively small spot that is abnormally cool. Meanwhile, some scientists are predicting that air conditioning failure could be a normal cause of death by 2050.

Usually, when you mention population in the context of climate change, some Stephen Pinkeresque population pollyanna says “it’s people’s moral right to have kids!” and “We’ll engineer our way around it somehow.” But the situation is fairly clear: our energy use scales with our population. Humans are not rational, because – if we were – we’d stop breeding entirely and lose a generation or two off the top, meanwhile scaling back energy use as the aging population dies off. Whenever you talk about population control, it seems inevitable that someone jumps the conversation to “who decides who dies?” but it’s not necessary to kill anyone – let old age take care of it. This is a problem in deep time and short-term thinking isn’t going to work.

Data At Rest » « Squick and Squeam At Fox