You see them wherever you drive in Pennsylvania: small oil collection pumps, or wellheads for natural gas. The big fracking sites are away from the roads so they are unseen, but you can’t miss the trucks driving around with fracking liquid.

There was a boom when the fracking started, because gas was close to $4/gal and seemed headed endlessly higher. The coal boom was already winding down, those jobs rolled forward into fracking jobs, and life went on. Trump’s stupid promise to bring back coal jobs probably resonated with a lot of Pennsylvania’s working class (outside of Philadelphia) who resolutely refuse to learn anything about the economic forces and corporate maneuvers that control their lives. It probably seems to have always been thus; Carnegie and Frick also played games with their laborer’s lives, building a steel empire in Pittsburgh that then collapsed because American steel corporations preferred to take profits than to keep their factories technologically competitive. They blamed the unions. Trump blamed everyone except the coal companies and fracking companies, and the workers believed him. Suckers. 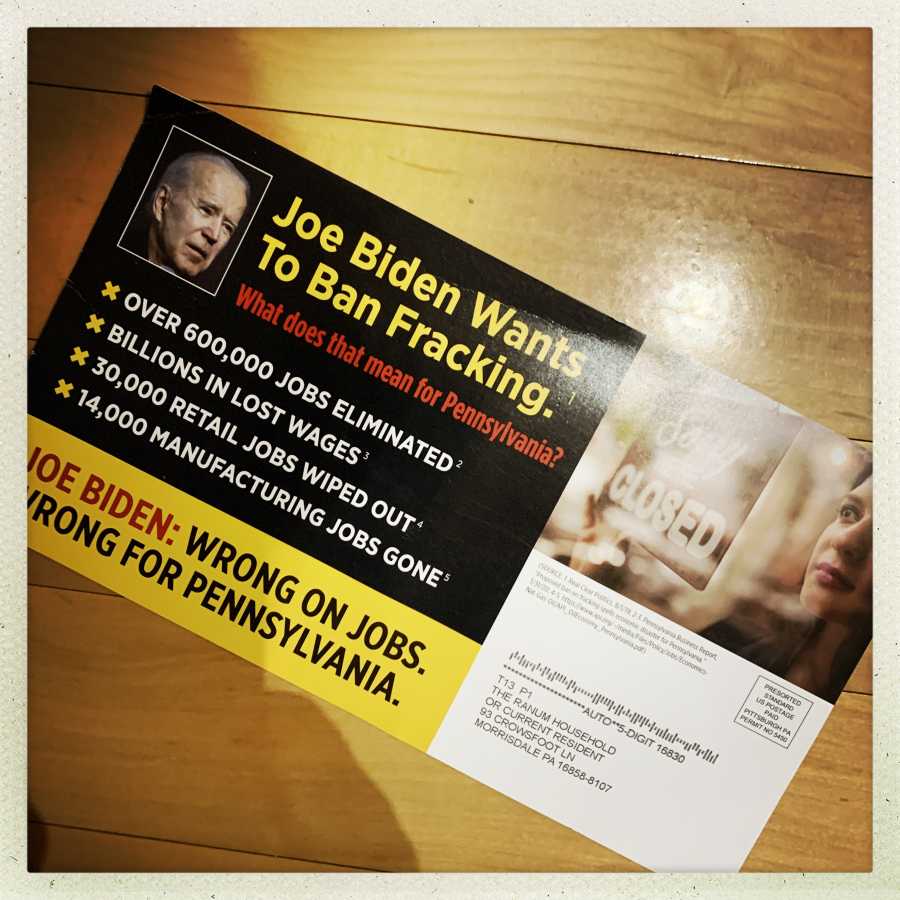 It would be nice, actually, if Biden would push for something so courageous. The coal jobs could be rolled over into green energy jobs, except, like a bunch of addicts, americans are going to keep chasing that first rush – and they’re not going to take the risks seriously until the deaths start racking up in large numbers.

I learned a thing the other day: apparently there are about 200,000 small oil wells, small natural gas collectors, and fracking wells. These never get shut down and cleaned up, because they produce a trickle, it’s easier than re-negotiating a lease, and it costs more to  shut them down than to let them rot until they leak into some ground-water and there’s a lawsuit. Lawsuits can be dragged out longer than the life of most plaintiffs, so this stuff will never get cleaned up. Not that Biden would do it, if he became president, but a lot of those coal and fracking jobs could be turned into coal/fracking/oil cleanup and abatement jobs. Most americans now alive don’t know that the oil boom began in Pennsylvania; there are still wells from 1859 – because it’s cheaper to leave them there than to abate them. 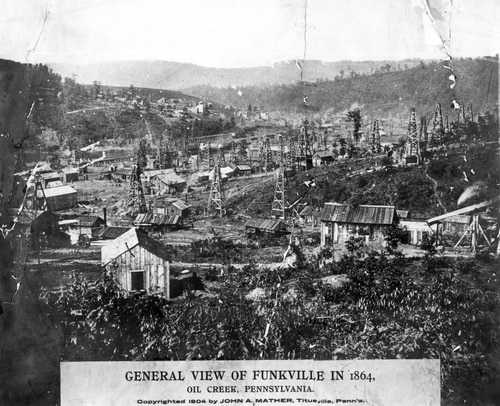 Steel was big in Pennsylvania because of the plentiful fossil fuels to fire the mills. I have trouble wrapping my brain around some of this stuff because, to me, all I see if a litany of abusive corporations fucking over labor while getting them to shit their own beds and lie in it. The satanic trick they pulled was getting the laborers to be proud of what they had accomplished – rather than murderously angry.

200,000+ small oil and gas wells. It’s probably the same everywhere in the country where there has been a fossil fuels boom. We’re already running our so-called civilization off a cliff because we’ve burned too much fossil fuel, but the US isn’t honest with itself that most of the concerns are pretend. The melting permafrost in the arctic is already being explored for drilling opportunities, and you know who is going to kill whoever and however many it takes in order to control the fossil fuels. Besides, that may be the only arable land that’s left, at the current projected heating rate. I’m reminded of the ending of the film La Haine:

There is a story of a man who is falling from a building. As the floors go by, he says, “so far, it’s OK.” It’s not the fall that matters: it’s the landing.

Methane is a worse greenhouse gas than CO2. Part of the premise of “clean natural gas” is that the natural gas, which is worse than CO2 is made “cleaner” by burning it.

Remember that, right now, we are tracking the IPCC’s “worst case scenario” for emissions – the one that is not just “civilization probably collapses” but the one that is “a small number of humans may survive.” We’re heading for a huge fall, and our politicians are making an election year issue out of expanding fossil fuel production.

Global emissions of methane, a potent greenhouse gas, soared to a record high in 2017, the most recent year for which worldwide data are available, researchers said Tuesday.

And they warned that the rise – driven by fossil fuel leaks and agriculture – would most certainly continue despite the economic slowdown from the coronavirus crisis, which is bad news for efforts to limit global warming and its grave effects.

Watch the birdie: we’re trying (and failing) to cut back on the CO2 emissions, but there are far worse things we’re not going to talk about.

Overall, global methane emissions are up 9 percent from the early 2000s, according to the latest findings, and human activity is responsible for more than half of those emissions. Raising livestock like cattle and sheep, which burp copious amounts of methane, is a major source of methane emissions, as is coal mining, which releases methane from deep within the rock. 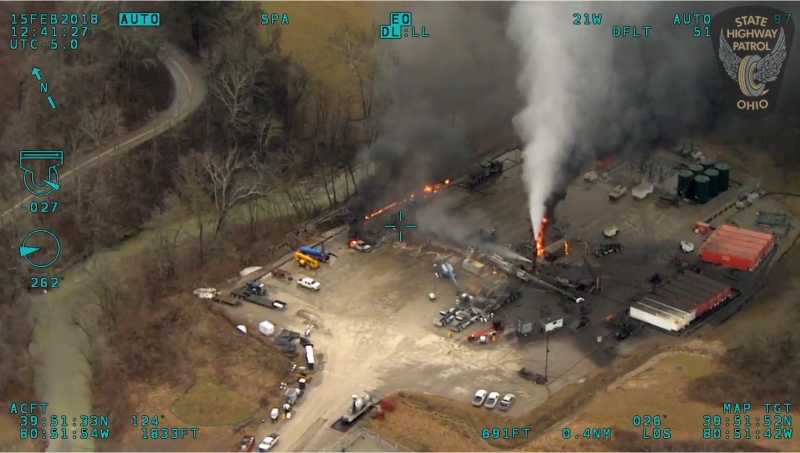 It looks like it’s coming out so hard and fast it can’t burn.

Apparently there is now a satellite that monitors for methane. And it’s finding unpleasant surprises: [nyt]

The first satellite designed to continuously monitor the planet for methane leaks made a startling discovery last year: A little known gas-well accident at an Ohio fracking site was in fact one of the largest methane leaks ever recorded in the United States.

Key words: “ever recorded.” The unrecorded ones might be much worse. Who knows?

The blowout, in February 2018 at a natural gas well run by an Exxon Mobil subsidiary in Belmont County, Ohio, released more methane than the entire oil and gas industries of many nations do in a year, the research team found. The Ohio episode triggered about 100 residents within a one-mile radius to evacuate their homes while workers scrambled to plug the well.

When burned for electricity, natural gas is cleaner than coal, producing about half the carbon dioxide that coal does. But if methane escapes into the atmosphere before being burned, it can warm the planet more than 80 times as much as the same amount of carbon dioxide over a 20-year period.

200,000 old oil and gas wells in Pennsylvania. They’re all over Ohio, Tennesee, Texas, California… Banning fracking isn’t even a start: the wells need to be abated, too. For one thing: it’s a good idea, but for another: if the site has been permitted for drilling, and there’s still an operational well, does the permit get grandfathered forever? I bet it does. Which means that it’s going to be nearly impossible to stop oil and fracking. Impossible until civilization collapses, that is. We are headed toward “Mad Max is a Documentary”-land and all we get from Washington is wild gibbering sounds from the shoggoth in chief.

Pseudonyms On The Internet » « Constant Revolution