Authoritarians are not used to having to justify their actions; usually they’ll just follow the shortest path between “what I want” and how to make it happen. So, like most human beings who think I’ve been simultaneously baffled and horrified by Trump’s imbecilic attempts to trigger an “obamagate” scandal.

The media are going along with it, to a degree, instead of just laughing at it and giving it the mention it deserves (i.e.: none). It’s weird at every level. First, and foremost, it was not a “witch hunt” it was an actual investigation that found actual people in the Trump team who were trying to collude with Russia. But the Trumpies’ complaint appears to be that it was an unfair investigation that violated the suspects’ rights. Never mind that the FBI doesn’t read you your Miranda rights when they think you’re acting as a spy, they were relying on Bush-era covert surveillance and warrantless access to the subject’s data. In my opinion the warrantless access that the FBI has been doing since the PATRIOT act was signed is unconstitutional, but people ought to be pointing out to the Trumpies that monitoring some of his sketchy compatriots, prior to the election, is their job. If the FBI violated the constitution in doing so, by all means, let’s see the white house re-litigate the PATRIOT act and get Bill Barr to find the surveillance apparatus to be unconstitutional and illegal. Throw a bunch of CIA and NSA honchos in jail so they can get book deals and sentence them to golf – by all means.

I remember back in the day (early 90s) when NSA directors would say things like, “if we did an illegal wiretap, I would go to jail.” I knew they were lying, then, and they’re not even bothering to lie, now. That’s where authoritarianism begins to become a problem, “we want to read everyone’s email” doesn’t need justification, or an excuse. Unless, suddenly, it does. The FBI’s in a crappy spot because they can’t hardly say “we got alerts from NSA that a Trump staffer was making a lot of calls to known phone numbers of Russian agents, so we wiretapped them, as is our standard operating procedure.” What I’d really, really love for them to say is, “it shouldn’t bother you if you don’t have anything to hide.” As authoritarians do.

Here’s what the media (and perhaps Obama, if he could be arsed to lift a finger) need to say: “but you have been asserting the president is immune to having to discuss these privileged things. Well, these are privileged things and the FBI did what they did under the ‘go fuck yourself’ part of Article II of the constitution. Here, let me read it out loud for you…” This is what I mean about how authoritarians are bad at justifying their actions: everything they do is exceptional; there is no “sauce for the goose.” The FBI could assert presidential privilege and blow the whole thing off, the way Trump would. The press should be asking Trump, “isn’t all of this covered under Obama’s presidential privilege and authorized under ‘I can do anything I want’?” 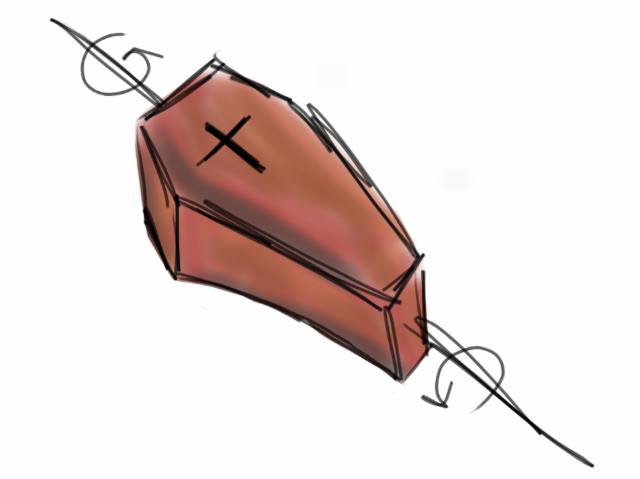 All of this is a side-show, because authoritarians don’t actually care about making sense. They just want what they want and will make whatever mouth-noises are necessary to get what they want. It reminds me, oddly, of the way the English people had to pretend to do along with Henry VIII’s obvious and stupid maneuvers to get himself another wife – look at the crazy back-flips those around him had to engage in (including starting a whole new branch of christianity!) so the king could get some legit nookie. The entire US system is doing back-flips, similarly, to pretend that Trump did not cheat to get elected, did not plot to cheat again in 2020, and plotted a successful but largely incompetent cover-up that has Richard Nixon spinning 1720RPM in his grave, “damn it look what that bastard is getting away with!” The point is not that the justifications are feeble and only pass muster with stupid people – the point is that the thing has been done and is not going to be un-done, and the justification is a bunch of convenient sounds, signifying nothing.

For me, the Rubicon that shows that we have shifted to an autocracy, instead of a constitutional oligarchy, is when one party (it will be the republicans) makes the other party illegal and uses the force of the state to purge them. Right now, with “obamagate” the Trumpies have dipped their toes into that water.