This is another really awkward story from the build files.

I had the idea of doing a resin and wood turning based on some bark and oak burl scraps that I had lying around in the shop. 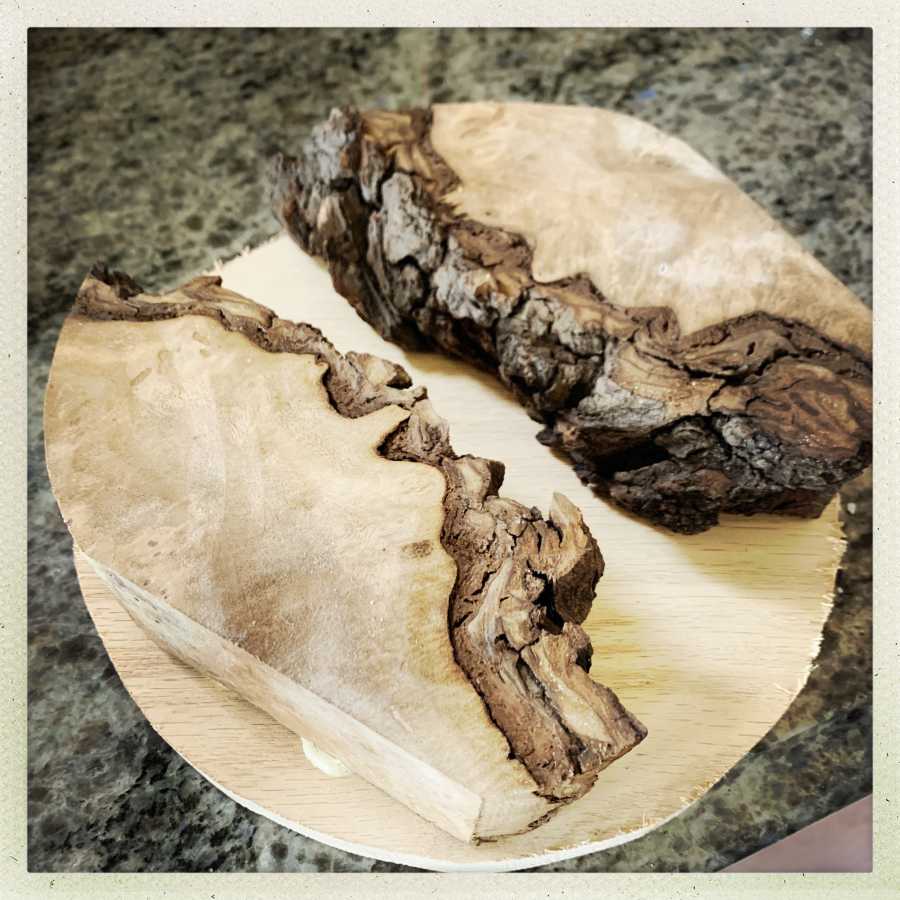 This ought to be straightforward, right? I cut a plywood disc then glued the wood to it and hunted up a silicone bake pan to use as a mold for the whole thing.

It took around 600ml of resin to fill the mold, then I lowered it carefully into the pressure pot (it just fit!) and brought it up to 60psi to sit overnight. Since I’m worried about heat buildup in the pot, I thought it would be a good idea to put it out on the porch, where the sweet spring evening breezes would keep it nice and cool.

That was “a thought too far” – apparently, as I moved it, a small(ish) amount of resin slopped over the edge of the mold and now my pressure pot is a permanent sculpture. 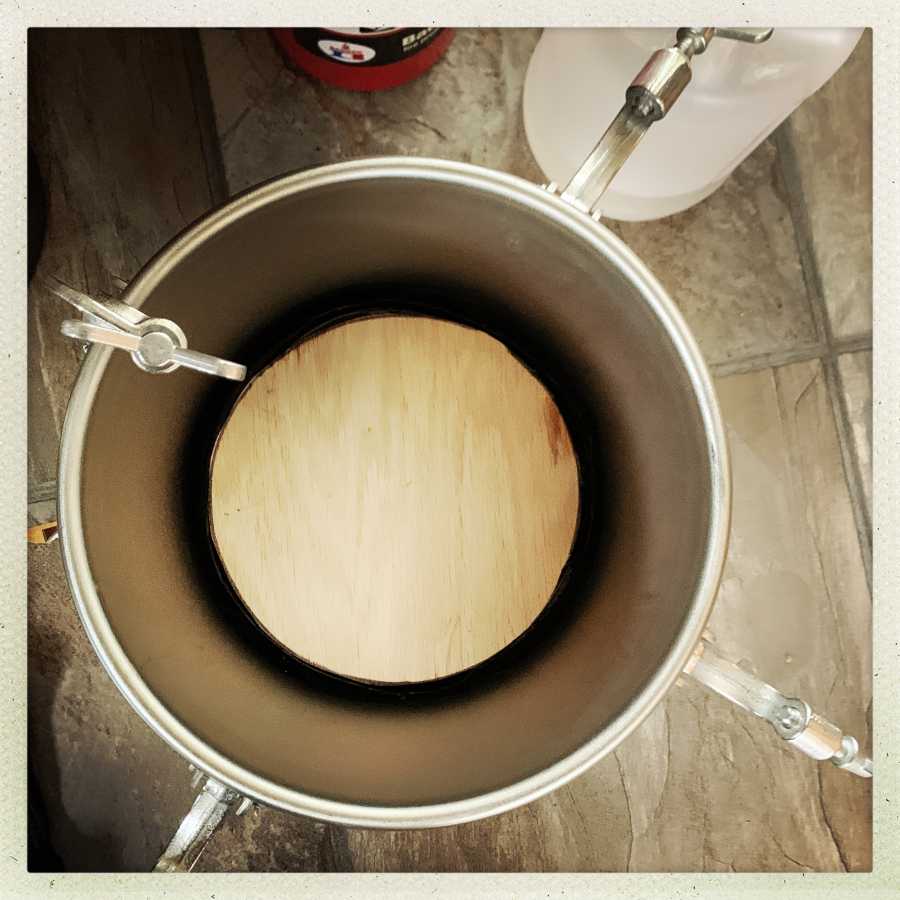 It’s barely possible to slip a crowbar down the side into the gap between the wood and the steel; I was thinking that perhaps I could get the resin to release from the silicone bake pan and at least I’d be able to remove the center-piece. But… Nooooooo. The silicone fit tightly and the wood appears to have forced it to seal against the edges – then the wood is epoxied down on top of that. It’s solidly bonded. It appears to be a job for high explosives (but that would compromise the integrity of the pot).

I suppose I can still use the pressure pot, by putting objects on that nice plywood platform epoxied into the bottom. It’s a “spacer” – that’s the ticket – it’s there to raise any future projects a bit higher so they will be easier to reach until something sticks to that plywood and I’ve added another layer.

Pressure pot conversions are fun: you need to remove the bubbler tube that goes down into the paint, and disassemble and cap off the stirring rod holder. After that, it’s a matter of coming up with the correct mix of ball valves and adapters to fit your pressure pump. For those of you who are not into extreme resin casting, these pressure pots are designed to hold paint for pressure roller systems. So, there’s a pressure-fit agitator that lets you stir the paint while it’s under pressure, and a siphon tube that collects the paint that’s being forced up into the hose that leads to the roller. The good news about this is that the pressure pots are not super expensive, since they make a lot of them for paint systems and that drives the price down. The bad news is that they’re not designed to take high(er) pressures and are often listed as “80psi” but when you get them the maximum pressure listed right on the outside is 40psi. I’ve been tempted to wrap mine with some fiberglass mat and paint it down with resin, but I suspect that if anything “pops” it will be the lid going straight up, so I don’t ever get in the path of the lid while I am pressurizing the can. I replaced the safety valve with a 60psi blow-point and that is good enough. When I pressurize it, I hook up the hose and stand on the other side of a cinderblock wall while I start the pump. I can only imagine the god-awful mess that would be created if the pot blows out while there’s pigmented liquid resin in it.

This explains why some of the resin-workers I’ve seen always put a poly bag around everything before it goes in the pot. I’m also thinking, now, that I need to be extra careful not to get any epoxy resin on the lip of the pot, before I clamp it down nice and tight with the screw-clamps.