Don’t worry, this is not going to be another of those “video games are not a problem because: Japan” postings; there are plenty of those.

Have you noticed how US lawmaker’s response to ${just about anything} reveals how profoundly ignorant they are about ${just about anything}? This is perplexing, because they have people who presumably research ${just about anything} and write speeches that make the lawmakers sound less than completely ignorant. I’m convinced that the system has broken down and the research/think/speech-write process has collapsed down to power-hungry nihilists who make whatever mouth-noises they deem necessary to make the questions go away. 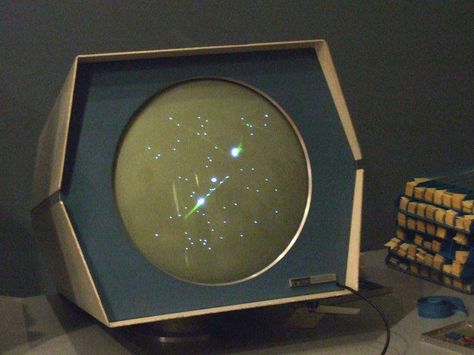 The first computer game I played was Space War on a DEC PDP-1 in 1978. It was a violent game with “sole survivor” gameplay

Ignorant mouth-noises about computer gaming periodically come from all political quarters, which I attribute to two things:

If you’d like to learn about the history of politicians demonizing gaming, I recommend David Hajdu’s The Ten-Cent Plague [wc] which recounts the moral panic over comic books in the 1950s. All you need to do is read that book and mentally substitute “computer games” for “comic books” and suddenly everything will become clear. Let me note that the government even found a genuine comic book-hating academic, sort of a Jordan Peterson-like character who was willing to make up whatever pseudoscience was necessary to substitute for actual science in the government’s argument. I.e.: it was a typical American social sciences experiment.

Fast forward a few decades and now there are social sciences experiments trying to determine if playing video games makes you more violent. I do not propose to review those here, but instead let me draw a few lines in the sand: if you’re thinking of commenting about such-and-such experiment, please make sure first that the theoretical mechanism by which the experiment functions does not contain priming theories. Unfortunately for the social sciences, priming theories appear to be bunk; the studies on which they are based have not been successfully replicated (i.e.: the original studies were a wad of methodological errors or outright fabrication of data) or have demonstrated a minimal effect. In other words, social sciences studies that attempt to measure things about computer gaming have mostly demonstrated that you can pay college undergrads to play computer games. That’s something I had already worked out by the time I was in high school.

The premise is that violent games get the gamer excited, get their adrenaline pumping, and make them more likely to respond in the context they have just been training. That’s why, when you play Fallout New Vegas you are more likely to break the front of a candy machine in with a crowbar (and shoot anyone who complains) than you are to feed a couple of quarters into it. Right? You’ve been “primed” to respond in a certain way and it very slightly nudges you to be more likely to respond the same way in other circumstances. What games were the school shooters playing before they went on a rampage? Have you noticed that, while certain political assholes consulted their soulless advisors and were told “blame gaming” nobody asked “hey what games was the school shooter into and how much time did they spend playing it?” Well, since pretty much everyone plays games of some sort or another, it’s pretty easy to blame the games without actually knowing anything. The problem with that is, you ought to know something about the person’s gaming diet before you blame mass murder on it.

What if the shooter was a Candy Crush enthusiast? Or a Tetris obssessive? 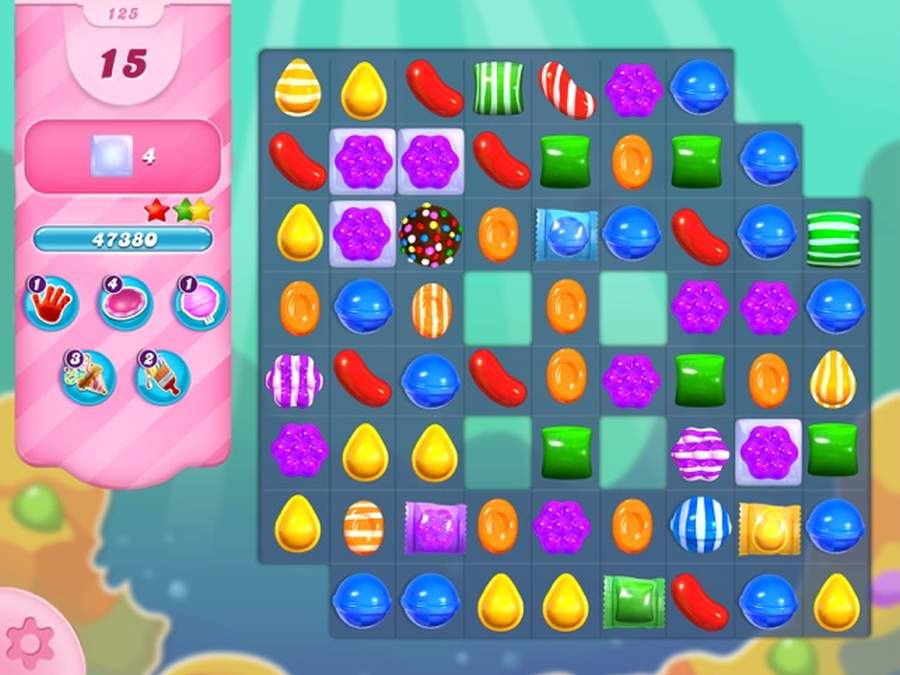 See the problem? If we start getting into the games in detail then we need a more complex ontology of gaming. Is Tetris a game that encourages (formerly: “primes”) our love of organization, or our fear of disorder? Is a person who plays Tetris more likely to re-arrange their end mill collection, or to shoot up a bar? What about Candy Crush? I know it sounds like I’m being silly here (I am, slightly) but there’s a critical point to make here: games are all different, because that’s why we play them. If all organizing/categorizing games were the same, and encouraged our organizing/categorizing behaviors, then we’d only play Tetris and there would be no need for anyone to write endless knockoffs. There would be a set of categories of games and we’d all be expected to know that people who play Call of Duty are all violent-minded hyper-aggressive authoritarian wanna-bes who have fallen for the government’s secret plan to normalize walking around in Syria blowing the residents to pieces. 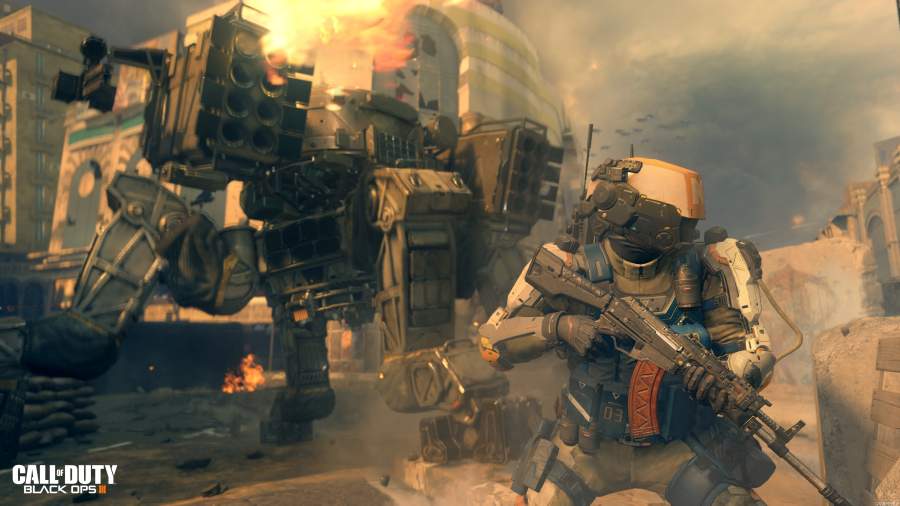 Oh, oops, did I cut a little close to reality there? The politicians who are saying “games made these shooters lose control” (well, that and homosexuality and drugs) are choosing to deliberately ignore the fact that the more violent games (Call of Duty will serve as a stand-in) look like ads for the military. Would you jackasses in Washington make up your minds? Do you want biddable cannon fodder for your imperial ambitions, or would you like a nice peaceful civil society? 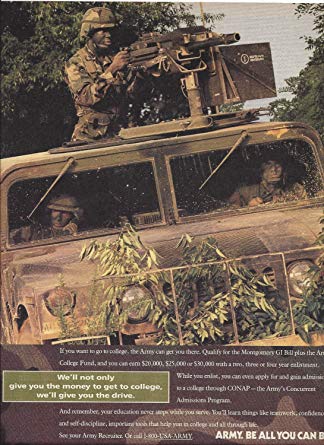 By now I expect I’ve made my point: you can’t just point at “gaming” and say “there’s your problem, nyuk nyuk!” because America’s problem is that it is the worlds’ most militarized society that has ever existed. We make Imperial Rome look like a bunch of hippies in comparison! The Romans never held the loaded cannon of nuclear death to everyone in the world’s head at the same time – though, to be fair, Sulla probably would have done that if he could have.

I am tempted to briefly re-activate my twitter account so I can blast a few comments to the effect of: “Let’s restrict video games AND military advertisements that glorify violence.” It sure would be fun to push for some legislation requiring the military to represent military service more accurately and appropriately. I can see the ad in my mind already; it’s based on my service at Ft Dix, NJ, in the summer of 1983. Picture a young soldier he looks optimistic yet serious and world-weary because he knows he carries a huge responsibility. His uniform is broken in and he’s lugging a great big M-60 machine gun on a shoulder strap. As the morning sun halos the fog coming up in the pine barrens, it paints the soldier’s face in profile with the lighting of a renaissance master. Muted light glints off the oiled metal of the M-60. The soldier is … picking up cigarette butts thrown on the ground by other soldiers. He knows he’s going to do a lot of useless pushups if the NCOs see a cigarette butt on the ground and he wishes that all the smokers in the platoon would be forced to swallow the damn things. He’s ready. He’s a warrior. He’s serving. He is a still pool of contempt. He’s an army of one and he knows it.

Now, let’s take an excursion into linguistic nihilism, because I think this affords us a great case study for doing so. Were we in a discussion with one of these political jackasses, we would torture them by endlessly parsing and sub-parsing their definition of “video games” You may wish to review [stderr] first before we start the vivisection.

We begin our enquiry by asking innocently “what do you mean by ‘video games’?”

Our target might respond by saying something like: “I am referring to violent games with violent imagery like Call of Violent Duty XXVI” but if they don’t they are doomed because we quagmire them with:

“Are you aware that the computer gaming world is massively complex and diverse? It includes some games that are full of violent imagery like Call Of Carnage but such games are a minority, less than 10% of the overall market. In fact the most popular games right now are games like Farmville, Words With Friends, Candy Crush, and The Sims.”

Now, our interlocutor ought to be able to see what’s coming next. It’s a demand for data: “You sound very confident that video games are the problem. Can you explain how playing The Sims encourages mass murder?” [other than starving your sims to death in the basement, I mean] you can be conciliatory and lay a trap for them by saying, “sure, there are plenty of games that glorify violence, like Cthulhu Eats Congress and the Punchable Mitch McConnell app, but do you have any evidence that the shooters were playing those games before they started their attacks?”

The attack is launched simultaneously against the claim to knowledge regarding gaming, and the claim to knowledge regarding a specific person’s gaming appetite. Since their entire point hinges on knowing what a “violent game” is, and that it affected the shooter, they’re in trouble if they can’t land a solid definition of the kind of game they are talking about. So: don’t let them. If you’re mean you can pepper your questioning with asides like, “for someone who’s saying that gaming causes violence, you seem to be remarkably ignorant about gaming.”
As always, “going meta-” is the best offense. You can go straight for the jugular with a razor-sharp argument like: “I don’t think you know very much about gaming, actually. Maybe you should convince me otherwise by offering an ontology of types of games and how and why which are more associated with violence and which encourage candy crushing.”

If they say anything about social science experiments, hammer them with the replication crisis and the problem with priming theory, and suggest their education is out of date.

I’ve been in exchanges online about gaming many times, and have generally been amazed at how people promote very naive stereotypes about games and gamers. For example, did you know that 30% of games are purchased by parents for their kids (looking at the low end of the age group) and that some families (about 20%!) game together. [Let’s not talk about my friend R. D.’s family that play Call of Duty as a squad and use practical military tactics. They do quite well and R. always enjoys mentioning that the top-cover sniper is a 12 year-old girl] The most interesting fact you can bring in to destroy someone’s knowledge of “what a game is” is that the vast majority of gaming now takes place on smart phones during commute-time. 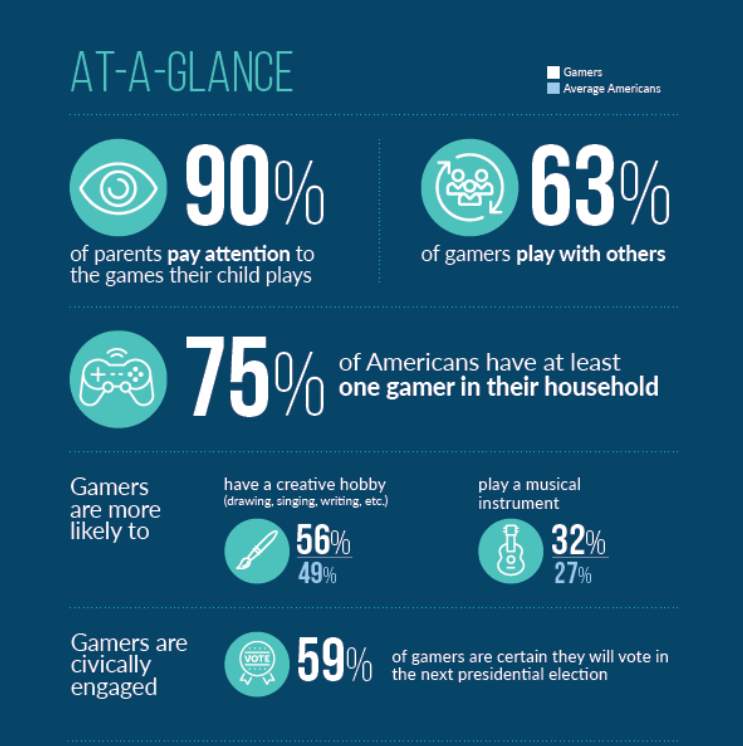 They will find it impossible, we claim, to define “gaming” in a way that allows them to claim toxic violent games without also owning Angry Birds and Fruit Ninja. It’s actually impossible to find another game that’s quite like Call Of Duty except for all of the fucking Call of Duty games.

Pepper them with a few statistics like that 59% of gamers are certain they will vote in the next presidential election and your work should be done.

PS – They are “FLAT PANEL GAMES” – nobody uses a CRT anymore, you jackasses. Do you call them “FAX games”? No!

The ESA’s fact-sheet about gaming/gamers is ripe and delicious: [esa] Basically, it’s the “how to win any argument about gaming” guide. 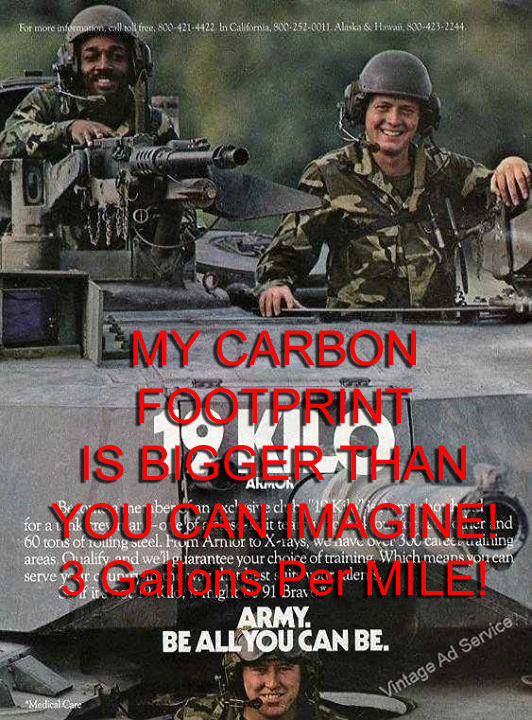 Perhaps We Were Just the Boost Stage » « Those Billowing White Clouds