Somewhere in the distant future, in the deep reaches of the galaxy, the distant descendants of an uplifted species may wonder if they were created by gods, or if they’re basically a cosmic accident.

There will be no relevant evidence, anymore, so nobody will bother to look for it. Theories will abound: perhaps we evolved in a kinder place and were moved here on a space rock that hit and a few intrepid travellers wound up getting an accidental ride into history. Or, we evolved here, ironically perched just out of reach of a biological paradise – it could happen. But eventually it becomes clear that life began with a single form that evolved and branched out; if you backtrack it far enough there’s no paleontological evidence for life before then. It could not have just appeared out of nowhere. The ancestors sprang into being from nothingness. 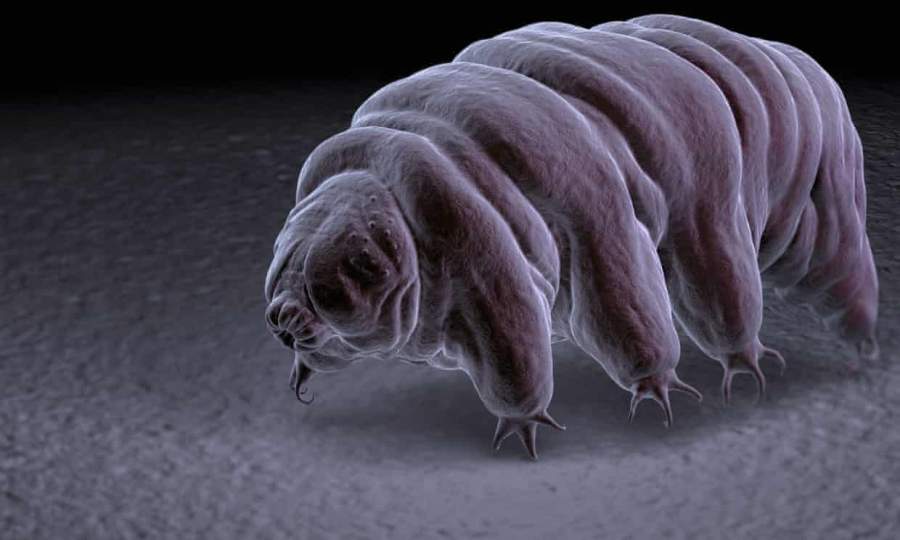 If they only knew. A once-proud people, dying from overpopulation in their own garbage and bad habits, fired off a life-ship to a new world. Not a great world, by a long shot, but – as scientists later figured out – uplifted species often followed this pattern in their escape from the gravity well. Adapting and colonizing is so much easier once you don’t need gigantic reaction masses to lift small delicate cargoes; space travel is not a domain for quick-lived beings that lack patience. The impatient die. The patient have forsaken the fear of death, so waiting is as good a strategy as action.

I know that writing fiction is a skill, and it’s a skill I have not honed to any degree. But it’s still fun to try sometimes. In my mind, I often create elaborate fictions (to keep my mind busy while my hands are doing work) and sometimes the story form helps me imagine consequences around consequences, “what if” piled on maybe. I used to imagine great temple halls in which the highest tier of a silicon-based life-form’s religious leaders thunder forth anathema at scientists for daring to propose that life may have started as a byproduct of a simpler life-form (as it always is) that resembled a simple carbon-based machine. Impossible! Absurd!

Years ago, I visited Goddard Space Flight Center in Maryland (5 miles from my office!) and got to see a big satellite in a clean room, being assembled and tested before it was launched into orbit. I remember asking whether the clean room was to prevent dust and abrasives, or whether they were worried about launching some puzzled yeast or an ant or two into space. My friend from Goddard explained that it was a bit of both but the Earth’s gravity well still would be the main protection that keeps us from infecting our corner of the galaxy. It was driving home from that when I started to realize that no species rational enough to build interstellar space travel would ever be foolish enough to allow any contact at all with other life-forms. Imagine what might happen if an anal-probing expedition to Earth (kids will be kids, won’t they?) wound up bringing back ants into a compatible environment. The only way to be sure would be to take off and nuke the place from orbit. [And that, by the way, completely recontextualized Ridley Scott’s Alien movies for me and I still feel my version is better]

My friend at Goddard did say that they launched one probe years ago, and due to schedule problems and some technical gimcrack, its biocontainment “might not have been so good.” I interpreted that as meaning that there may have been a few puzzled tardigrades on their way to Mars. I know that Real Scientists have already figured all of this out, but I realized then that if life is ever found on Mars, the biggest debate that follows will be whether it’s DNA-based, RNA-based, or something else. So we’d become the anal-probers: sending robot arbeiters to Mars to collect DNA.

I was surprised to learn that the Israeli lunar probe Beresheet deliberately included a lounge-car for tardigrade passengers. “First Class [Tardigrades Only]” [guard]

The Israeli Beresheet probe was meant to be the first private lander to touch down on the moon. And all was going smoothly until mission controllers lost contact in April as the robotic craft made its way down. Beyond all the technology that was lost in the crash, Beresheet had an unusual cargo: a few thousand tiny tardigrades, the toughest animals on Earth.

Now, the organisation behind the tardigrades’ trip, the US-based Arch Mission Foundation – whose goal is to find a backup for Earth – has said the organisms may well have shrugged off the collision. “Our payload may be the only surviving thing from that mission,” Nova Spivack, the organisation’s founder, told Wired magazine.

It seems to point toward an error in governance, that someone could just decide, “well, we have the money so let’s do this thing!” It could be a very consequential decision, indeed. Or, perhaps Earth scientists just realize that it doesn’t matter and we’re doomed anyway so near-Earth space may as well become a garbage dump that serves as a warning that nobody will ever hear. 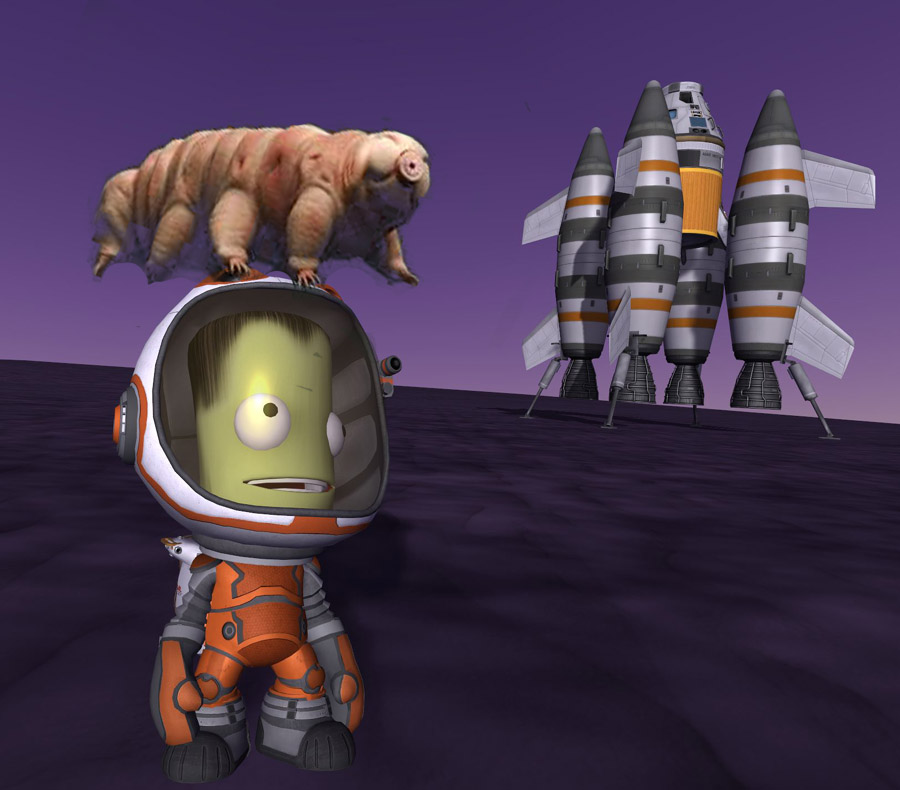 Capcom my helmet is experiencing an odd vibration

Adam Mickiewicz University in Poznań, said the animals may well have survived the crash landing. “Tardigrades can survive pressures that are comparable to those created when asteroids strike Earth, so a small crash like this is nothing to them,” he said. The animals could potentially survive on the moon for years, he added.

I know the radiation will get them eventually, though tardigrades are supposed to be pretty radiation-tough. Maybe they are the ones we should be sending to conquer the high frontier. Life imitating art: are we living in Ridley Scott’s Alien or in Kerbal Space Program?