Anna and I were talking about my inordinate love of LED blinky things. She says that if something has LEDs all over it, I’ll buy it. That may be true.

She likes low-light because she works the night shift, and suggested that maybe I could rig up some kind of lighting for the bedroom ceiling. This is how it worked out: 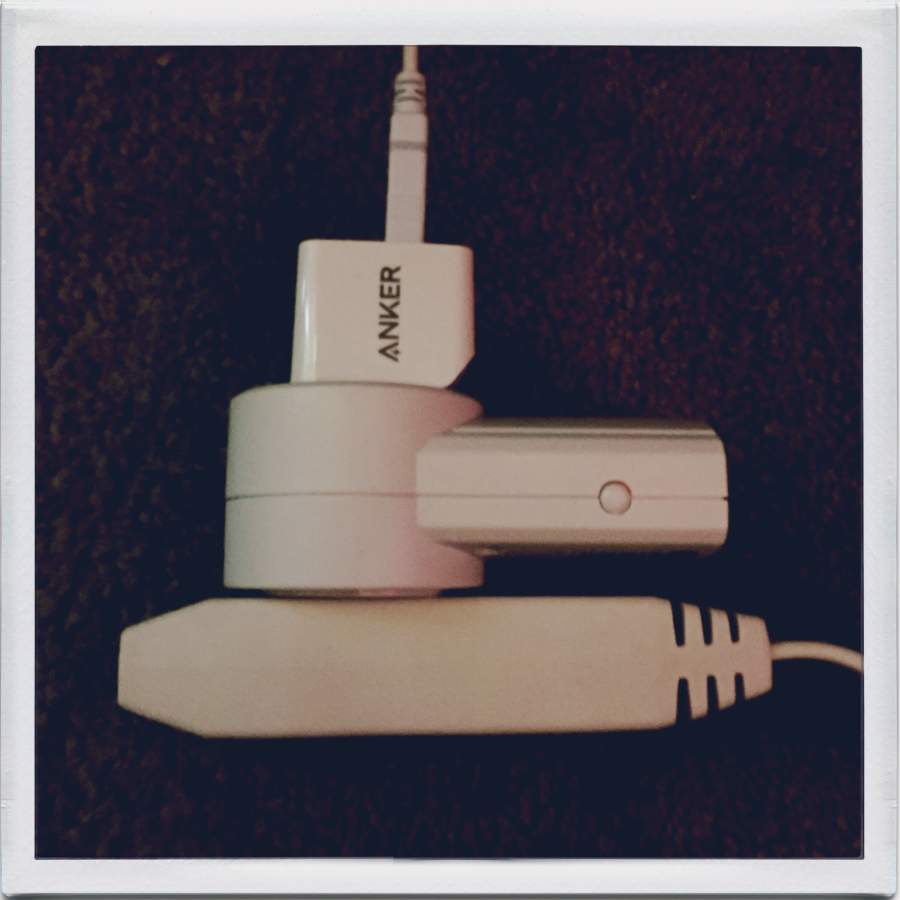 That’s an extension cord, with an etekcity wireless outlet controller, with a 12v 2a iPhone charger/transformer. So, there’s a couple of wireless remotes floating around that you can push and it switches the power. 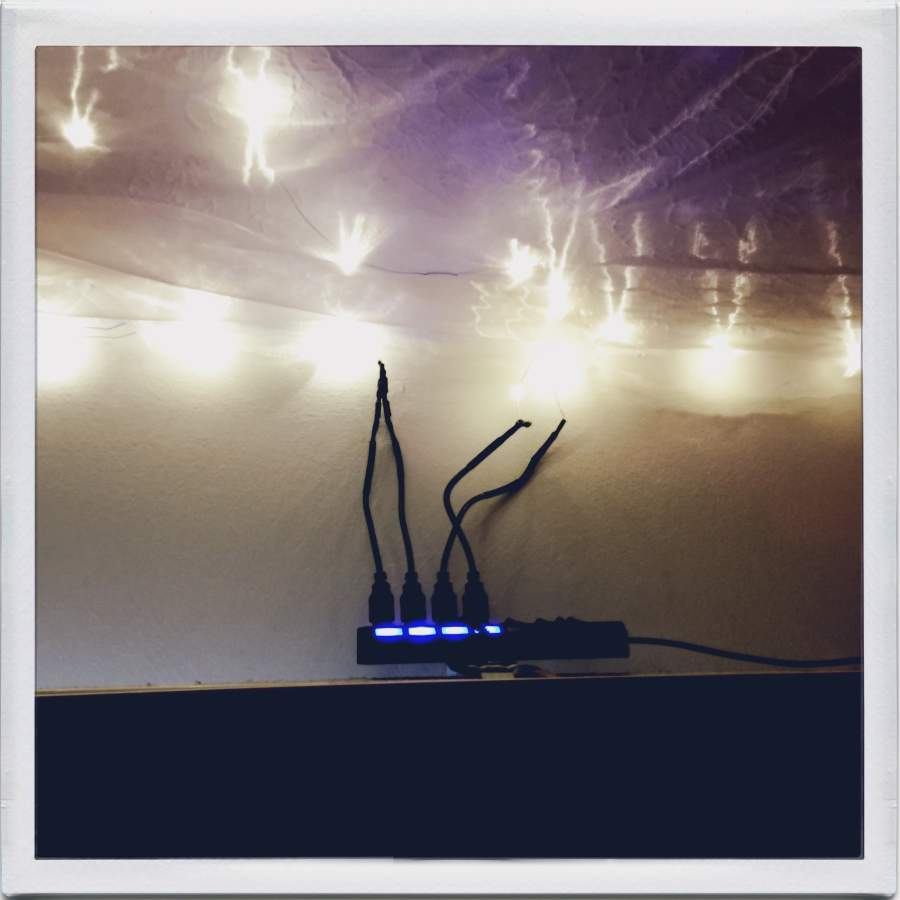 There are these USB power distribution blocks you can buy on Ebay; they’re switch-controlled and distribute 12v to up to 6 devices. I assembled it on top of the curtain rod support using zip ties. The power cord tails down one side of the curtains to the transformer/switch setup.

The rest of the process was a bit painful but it was just time-consuming. I took 4 long chains of seed LED lights and a box of push-pins, then sort of meandered them around the ceiling, push-pinning like mad until they were kind of random-looking. Once that was done, I took this chiffon cloth I bought on Ebay, which is a special kind that makes these star-burst patterns of light (it’s a whopping $5/yard) and formed an over-sized piece by gluing a few strips together with fabri-tac, then tucking and pinning with another layer of push-pins. 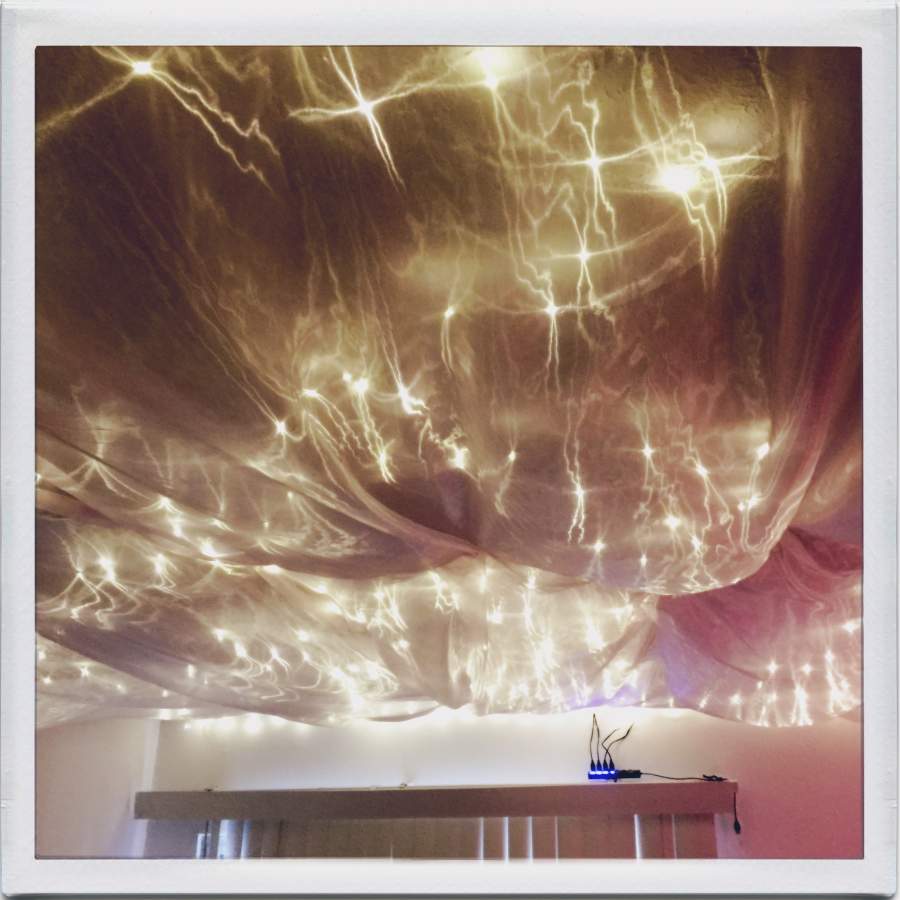 When there’s no ambient light from outside, i.e.: it’s dark, it looks like you’re at the bottom of some kind of ocean, or nebula, or something.

Other light in the room comes from a table lamp and a tensor lamp. The tensor has an ultraviolet LED in it, and the table lamp has an RGB LED, which is usually set to magenta. With the string-lights turned off at night, the ceiling looks like clouds: 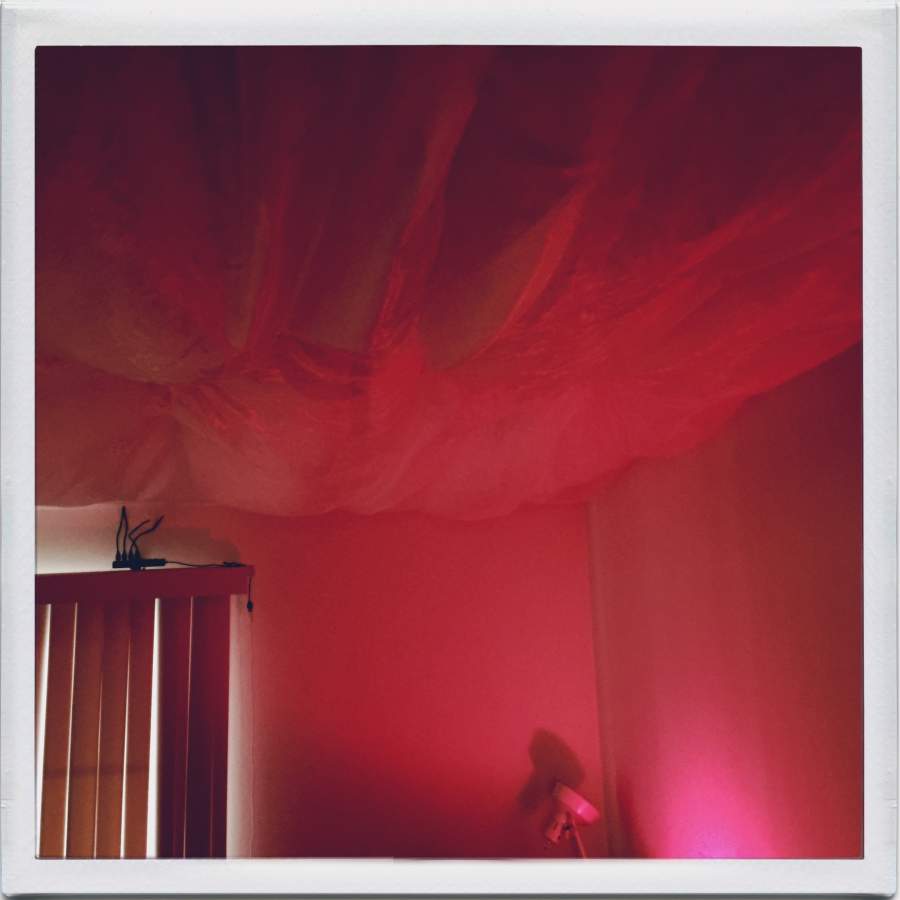