When I was making Jazzlet’s breadknife, [stderr] I originally spec’d it as quite a bit larger. This is how it came out.

Perhaps, eventually, I’ll need a piece of metal that’s about that size/shape, and – if I do – I know where it is. The aesthetics of this thing are all wrong; it looks like something for harpooning a whale. 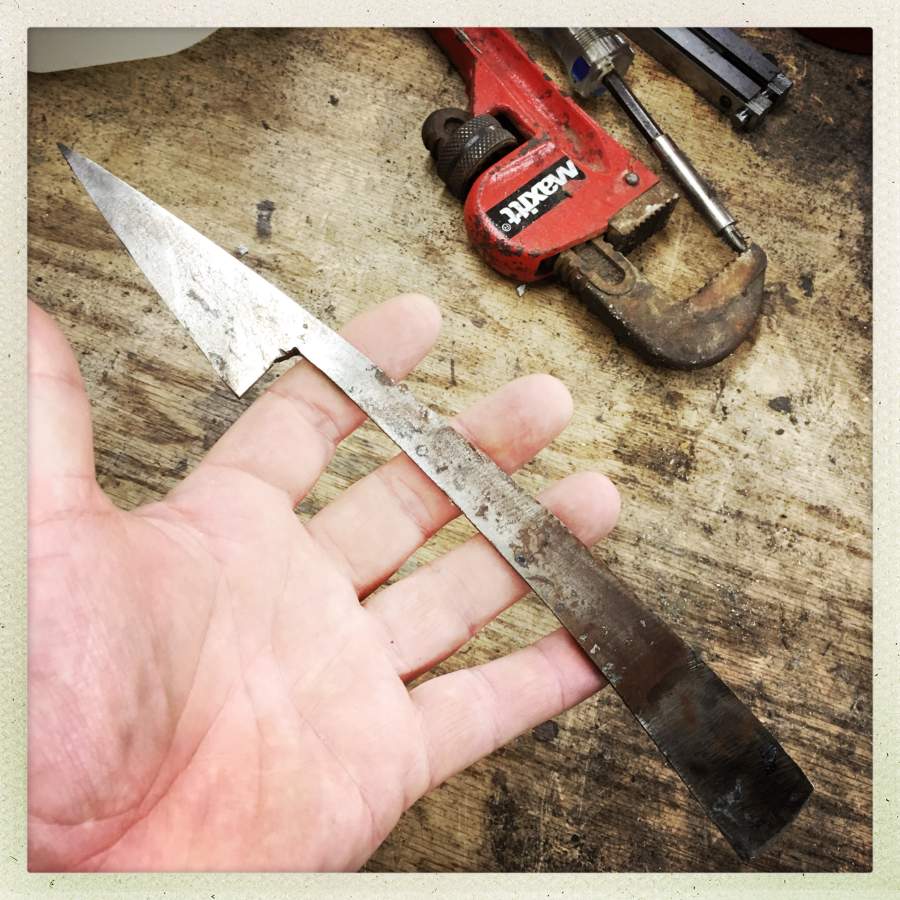 Most of the knifemakers I know have big stacks of failures lying around, so if someone says “Hey, I would like to commission a damasteel tactical spork!” [you know that will happen] you can rummage around and pull up some stock. I have known a few artists who never recycle from themselves – they throw everything away – but that’s not me; I’m happy with “looks cool.”

For example, someone in The Commentariat(tm) had mentioned straight-edge razors and, since the oven was hot and I had some chunks of fail lying around, I decided to see if I could hammer out an “anti neck-beard device.” Mostly it was an excuse to do another radical hollow-grind; I really like them. 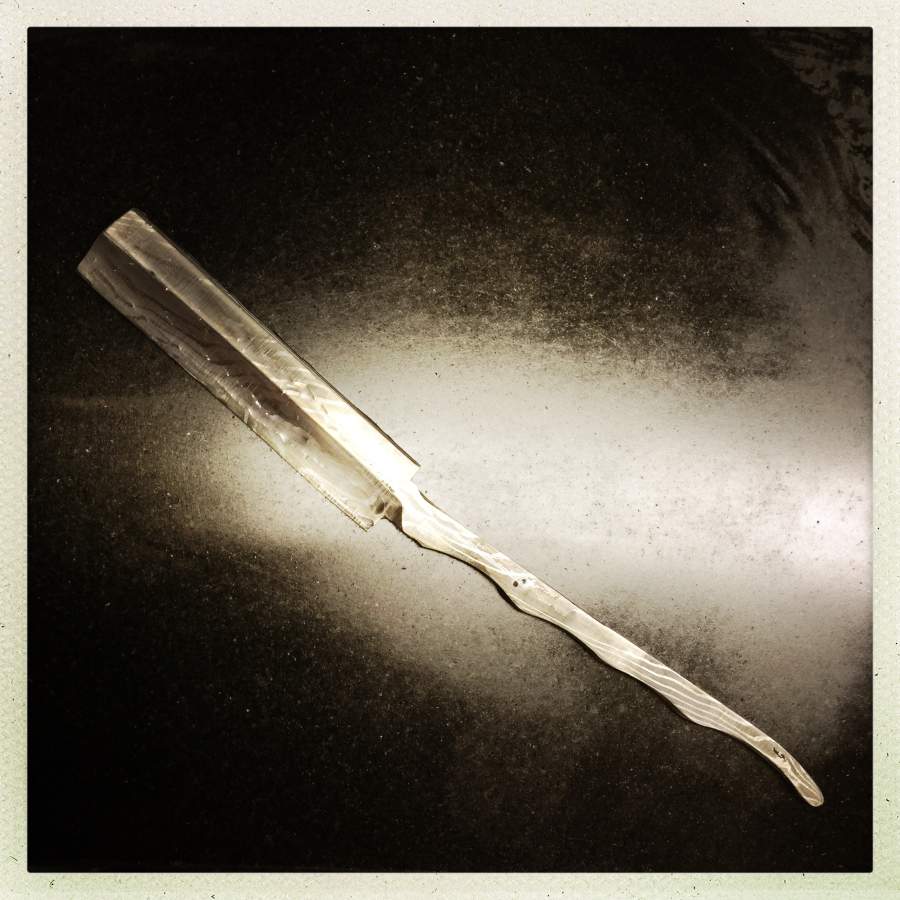 It feels pretty good in my hand, but it doesn’t look right – I dislike the transition between the back and the handle, and I should have thought about how to attach a swinging cover to it. Now that I’ve quenched it, I can’t make holes in it unless I want to chew up a couple of end-mills. It’s pretty sharp, though it still needs some detail shaping and I haven’t seriously tried to sharpen it at all. Gangsta! 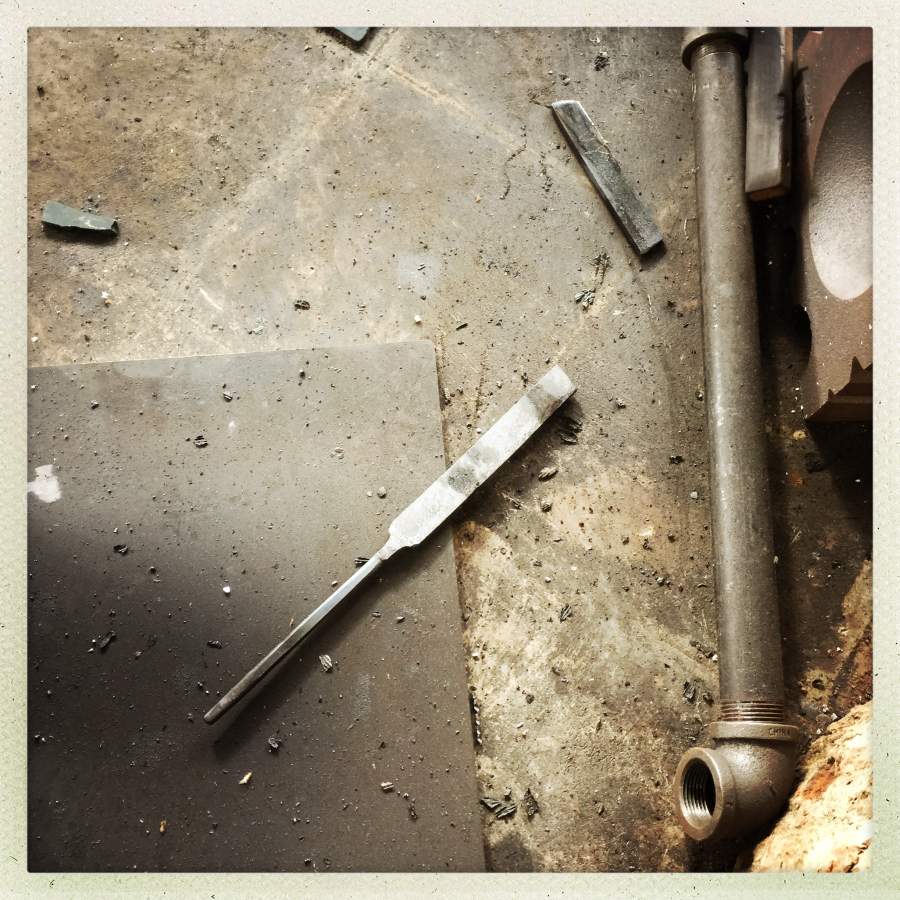 There is a fail-window between when you quench a blade, and you temper it. Quenching it hardens the steel and crystallizes it, and tempering relaxes the steel but leaves it mostly hard while increasing its flexibility and resistance to shock. If you quench the bread-knife you’re making, leave it on the anvil, and knock it onto the floor, it can do this: -klink-

My dad’s sister used to run with the bad kids (because her big brother was a total nerd) and she told me stories of how the hot rodders used to fight with straight razors. Nope, nope, nopeitty, nope!

Now I am picturing a samurai sword-mounted straight razor about 2 feet long.

Baby Steps » « So Tactical You Can Barely See It