I’m a bit concerned that bread dough is going to be hard to cut, even with something razor sharp. All that gluten that makes bread so crispy: it’s tough stuff. We shall see. Or, as they say “not my problem.”

After getting the rough shape right, it was merely a matter of grinding down one edge until it was very thin. I haven’t done a radical hollow-grind since I was in high school and I thought that something asymmetrical might help, I don’t know, push aside the now-severed gas-filled dough – kind of like a miniature plow blade tilling some field. Once I had that mental picture, I had to do it. 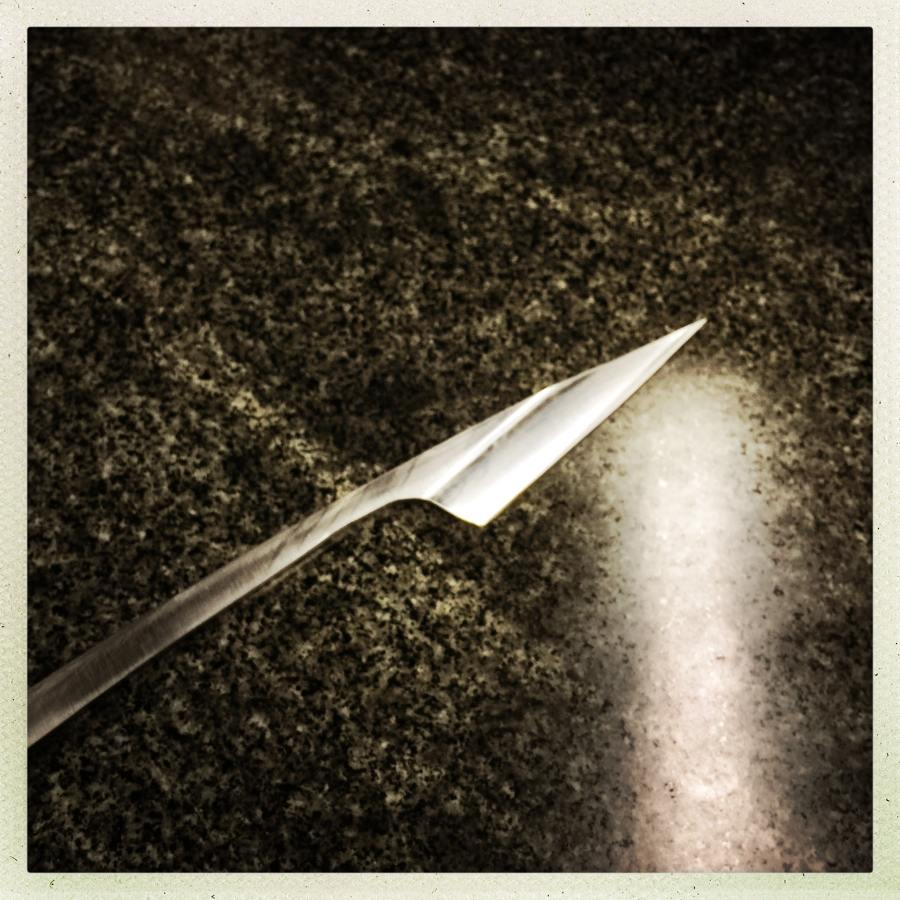 To get the grind I used the top idler wheel on my belt sander: just hold it steady and move it side to side. It sounds easy but it’s really not. The thinner the steel gets the faster it heats up under friction, and you can burn the metal of the tip in an instant if you forget to keep it wet. If it binds on the belt, it flings that little edge right at you with considerable speed. If you drop it, you can break the tip off. There is a lot that can go wrong.

The photo above is not great. There’s not much for the camera to focus on and sometimes it hunts around – in this case it focused on my surface plate not the knife. [I will eventually write about my surface plates; they are one of my favorite things in the world right now] Anyhow, it’s hard to capture the curvature because from most angles it appears fairly flat. The knife only looks sharp when it’s moving, if that makes any sense.

Once it’s sharpened reasonably well, it’s time for a final etch and some brasso and wax to keep it from rusting too quickly. Over time the knife will change color as it’s used. 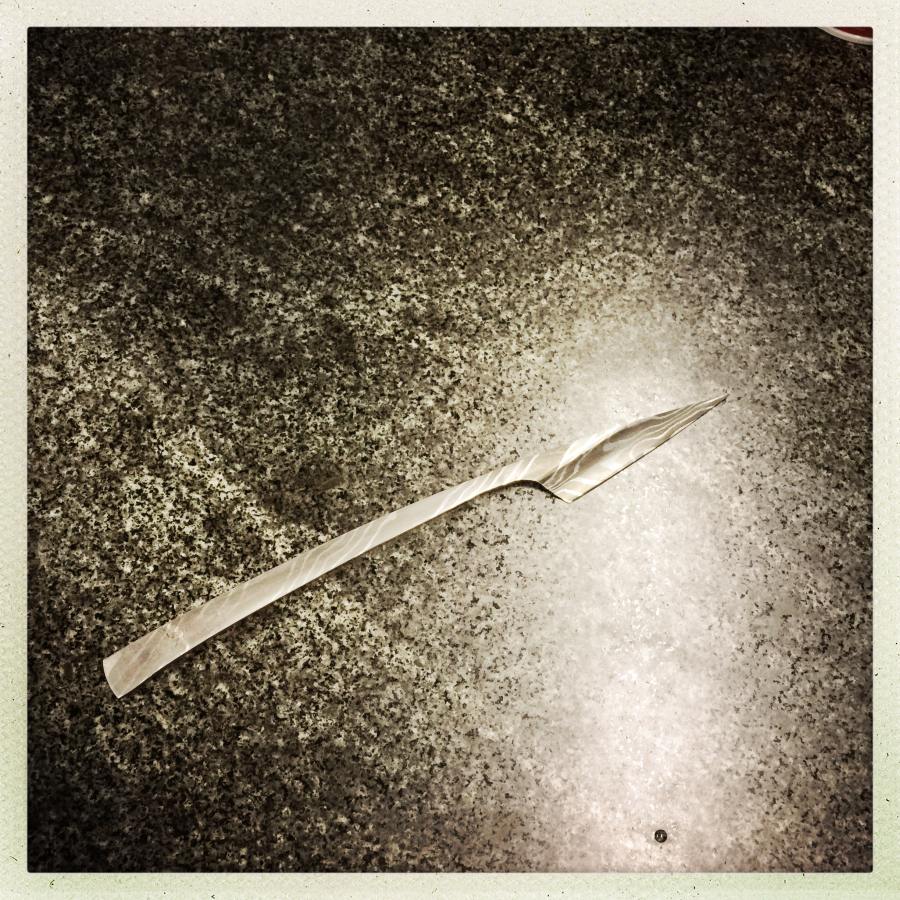 Because of the thin neck and the curve of the handle, it was kind of hard to sharpen by hand; the knife wanted to rotate in my fingers and that would have resulted in a wrong edge geometry. Fortunately, I was able to set up the final shape of the edge using my surface plate and some 1000-grit paper and oil.

In the process of wiping the oil off the blade, the edge went right through the lintless cloth I was using and removed some of the fingerprints from my right thumb.

With etched damascus blades like these, you want them to look as nice as possible when they go to their new home. That means doing a lot of fiddly back and forth between a diamond sharpening stone, fine stones, and a tray with some ferric chloride and vinegar. You want the edge shiny but only just a line, so the user can see it and know what to avoid. What, don’t you have a bottle of ferric chloride in your kitchen?

“Will it score bread?”, that is the question.