In The Year of The Pig one of the striking moments, which I focused on, [stderr] is when several of the people promoting the US’ involvement in Vietnam used the same construction for their arguments; it was clear that they were tapped into a common source – presumably what are now called “talking points memos” produced by government agencies in order to get out a consistent “message” to the public. 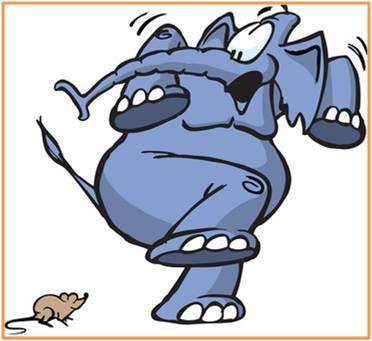 (if you google image search “elephant scared of a mouse, a lot of pictures come up!)

Elsewhere, I wrote about how The New York Times appeared to be repeating a bunch of talking points regarding the “need” and “value” of the US military’s new (but for purposes of non-proliferation, “old”) nuclear weapons. [stderr] At the time, there was a smallish cluster of articles in the media, all saying more or less the same thing: the weapons were important deterrent, etc. We see the same kind of talking point surge when the Department of Defense has decided to commit more troops to ${someplace}; the number is suspiciously the same. In the example from The Year of The Pig it’s 100,000 American troops – how did that same number keep cropping up? Why isn’t one talking head saying 110,000 and another 90,000?

In his book Obama’s Wars [wc] Bob Woodward gives us a sort of view into this process, describing the “surge” that happened when Obama came into command of the US war in Afghanistan. Obama kept talking to people from The Pentagon and they kept coming back with exactly three options, and they were all the same options. I illustrated that with an extract from Woodward. [stderr]

This looks like another propagandistic talking points memo: we are supposed to be worried about Russian military aggressiveness. All of NATO is not big enough to stand up to Russia. Reuters repeats the talking points: [reuters]

BRUSSELS/WASHINGTON (Reuters) – The United States is pressing its European allies to get more NATO battalions, ships and planes ready for combat, officials say, in a fresh move to shore up NATO’s deterrence against any Russian attack.

U.S. Secretary of Defence Jim Mattis will seek broad agreement for the plan in Brussels on Thursday when alliance defence ministers meet, laying the ground for endorsement by NATO leaders at a summit in July, four U.S. and NATO officials and diplomats told Reuters.

It does not discuss specific troop numbers or a deadline for setting up the strategy. The size of battalions vary across NATO, from 600 to 1,000 soldiers.

We have a gigantic nuclear-armed elephant that is standing on its chair screaming that it is terrified – terrified, mind you – of a mouse: 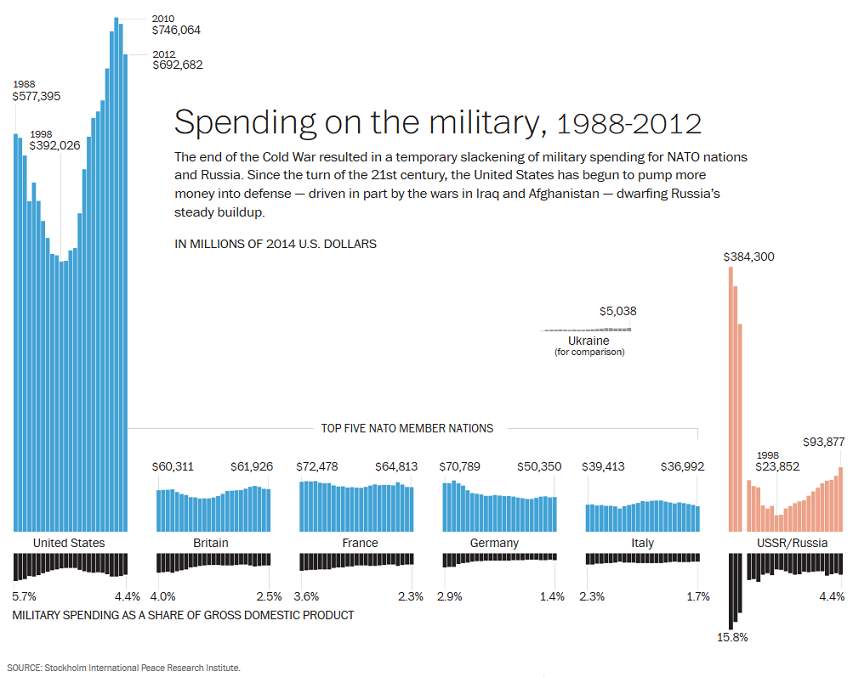 Remember the massive nuclear arsenal? That’s the deterrent. Beyond 200 or so H-bombs and ballistic missile submarines to deliver them, Russia is deterred. We’re done. Those scenarios of The Red Army pouring through Fulda Gap in order to conquer Germany again – those were fiction. The Soviets were not that stupid, and Putin certainly is not, either.

The US population has been indoctrinated to open its wallet whenever they are scared; therefore the military industrial complex and the establishment that politically controls an ignorant, thoughtless population, have learned to pull that lever whenever they want more money.

The surge and Obama: I voted for that asshole because he said he’d get the US out of Afghanistan and close Gitmo. Score another one for “representative democracy.” I hated Obama a bit less than McCain and Palin, though.

I am not a fan of Bob Woodward; he has become a bit of a butt-kissing Washington insider in order to maintain his access.