I feel like we typically leave big parts of our lives and motivations unexamined; sometimes, if we’re lucky, something happens that makes us engage our brains about one thing or another and we examine it and think about it enough to get an idea about how we work inside. 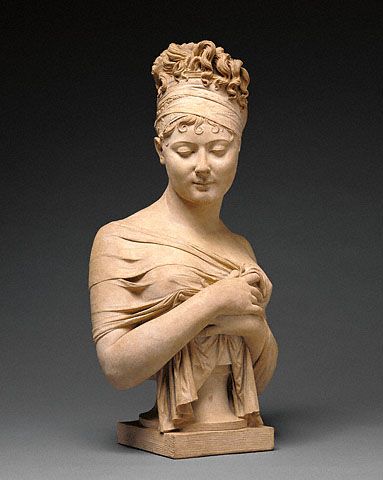 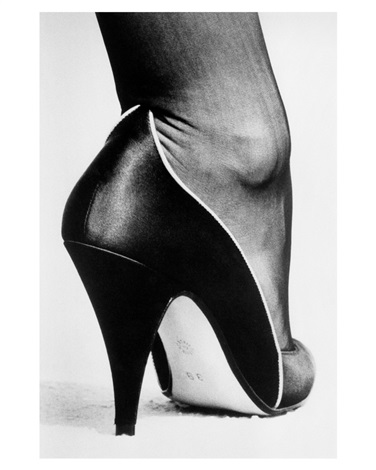 shoe by Helmut Newton – or is this a photo of a foot?

The idea is that there may be certain things in an individual that they really like, and we might be able to pick out commonalities. There might even be certain things that most of us tended to like, and we could search for those commonalities, too. Once a person understands a bit better, “I tend to like ${whatever}” then they can orient their art accordingly. There’s a corollary to that, which is if you’re seeking commercial success you use a similar process and deconstruct what is commercially successful and accept that maybe what you like doesn’t matter so much. Of course great artists don’t follow a deconstructive process so they can produce a bunch of “crowd pleasers” – they find something we like that we didn’t know we liked; they see those commonalities or they share them themselves and they reach out and we experience a shock of recognition. How did Jimi Hendrix know that his lead into “Voodoo Child” would melt my mind? Because he was trying to melt his own mind and, being a master of his instrument, he used his understanding of himself to appeal to my non-understanding self.

The class went pretty well, by the way. I learned a lot – for one thing we concluded that most of us seemed to like our “erotic” images with higher contrast so that the composition was emphasized. There was a split regarding humor – half of us liked our erotica to engage us cognitively (“that’s funny/odd!”) which I interpreted as a search for narrative meaning; does the picture tell a story that arouses us because it is familiar or engaging or curious? One of the people in the workshop brought several photos (including one of my favorites by Jeanloup Sieff) – and his were all, well, emphatically about women’s backsides. He already knew what turned him on.

Collectively we realized, I think, how profoundly different our experience of eroticism is: it was simultaneously deeply personal as well as having some things in common. That was the purpose of the exercise but I felt that I learned more from it than everyone else because I had to spend more time carefully studying my own reactions.

And now we come to the point of this story, which is that before I did the class, I spent hours going through my own work, deconstructing my own preferences and reactions and searching for commonalities. So I noted that my preferences are generally pretty broad but there are certain trend-lines that run through them. One thing I noticed is that I have a strong preference for noses that show the structural cartilage that shapes them. My initial reaction to that was an emotional “what the fuck?!” but I realized that this was a bit of self-discovery I probably did not have to share with others, so I could think honestly about it and nobody’d accuse me of being a nasal cartilagist.

Note: there are people like Chuck Tingle who appear to be able to eroticize things that are a bit outside of my experience, but I noticed that Tingle appears to eroticize certain actions (“slammed in the butt by ${whatever} by Chuck Tingle”) I’m pretty pedestrian, apparently, but I have my ideas of beauty mixed up in my ideas of eroticism in a way I didn’t try to disentangle. There is a side-discussion we could have about what this shows us about the degree to which our sexuality is a learned behavior versus a programmed instinct. I started to realize that fetishism teaches us how wrong a lot of evolutionary psychology is: there were no latex cat-suits or Louboutin shoes to fetishize until relatively recently so it must be a learned behavior. 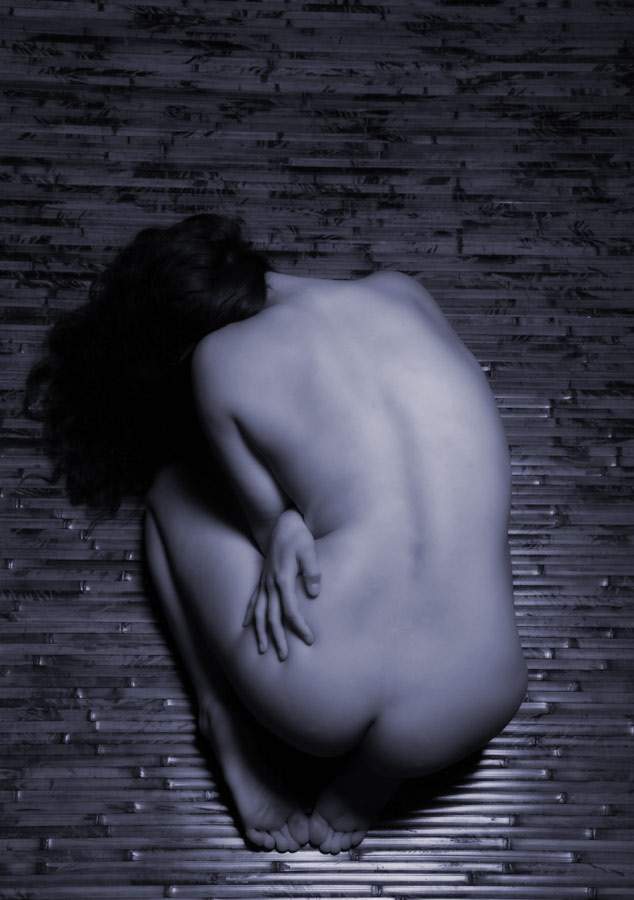 The obvious next step was to try to figure out “why?” I suppose it’s possible that my particular fondness for a facial feature might be genetically determined,  but I decided to have a few glasses of wine and think really hard about it. There are more features than just the nose that I particularly like; it seemed like a matter of deconstructing the whole thing and seeing what I could figure out. So, there were really two things: why do I like certain faces? And why do I like certain bodies in certain poses? [refer back to my oblique comment about “what I like” on an earlier posting] so, after lots of hard thinking I remembered a couple things from my distant past – one was a bust of Madame Recamier that was in the hall of my parents’ house. The other is Rodin’s Dryad. Well, it just so happens that I believe Madame Recamier strongly helped create my beauty ideal, only – you know – in plaster form. And the Rodin: I do distinctly recall that I first felt the stirrings of my awakening interest in sex, on a certain day, in a certain place, and I was closely examining that particular sculpture.

I’ve heard the term “flashbulb memories” – the moments we feel we remember with an illuminated clarity that become nodes on the time-line of our self: watching the Challenger explode live, the big peace march in New York, my first kiss, 9/11. Well, Rodin’s sculpture is one of those for me and I’ve had a suspicious fondness for women’s hips in that pose ever since. And, if I am honest with myself 80% of the time if I see someone I think is strikingly pretty, they look more like Madame Recamier than not. Of course I could be making the same kind of error as Evolutionary Psychology, putting the effect ahead of the cause, but I really think it was Recamier. Contra Freud, who’d say “it’s your mother, fool!” my mom does not resemble Madame Recamier, at all. It’s all anecdote, I know, but my assessment of my self puts me strongly in the “nurture” camp. It might not be Madame Recamier whose features influenced me so much, it might be some other forgotten person or sculpture – who also looked like Madame Recamier.

I got so interested in this that I started asking my parents questions like, “when I was a kid, do you remember anything striking about such-and-such?” And sometimes I’d get back answers like “that used to be one of your favorite places until that time you got food poisoning from the sandwich you ate that day – come to think of it you never went back.” It can be humbling to realize the degree to which we are strongly formed by positive or negative impressions, even if they were never “real” – I’m sure Madame Recamier would have never given me the time of day (not having a smartphone like I do!) but I had a life-long crush on her thanks to a clay likeness. 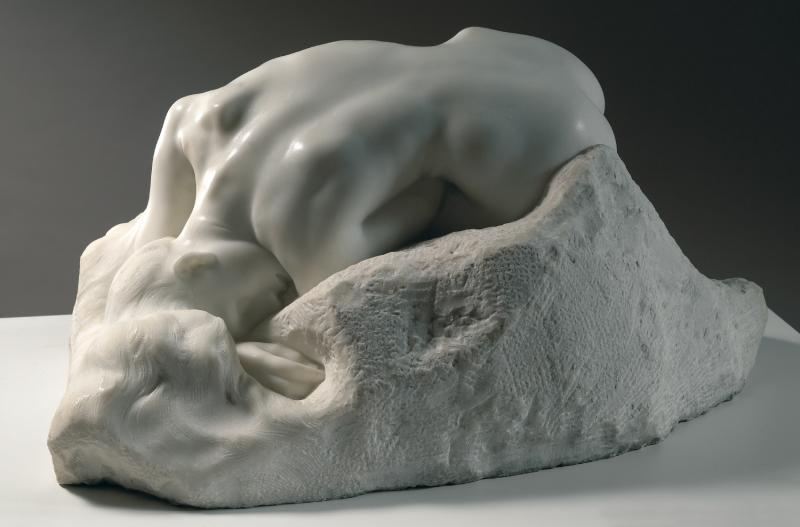 Thus concludes my self-examination, attempting to dig back and see what it is I like about certain things that I like. I’ve done similar exercises with other things – for example my general dislike of mold-cured cheeses goes back to a childhood visit to the cheese caves in Roquefort, and the horrible smell. I feel as though any time I honestly deconstruct one of my attitudes, it maps back to something that happened in my formative years – it’s why they call them “formative years” after all. It seems funny to me how much we incorporate our learned experiences, then reify them as popular attitudes, when really they seem to be part of the great mixing-bowl of life.

Have any of you had similar experiences?

That’s a variation of another teaching technique I learned from a photographer named Tal Mcbride: you look at a photo that you like, then deconstruct the lighting in it – use clues like specularity, shadow angle, reflections – and try to understand how it was done as a way of getting at what it is you like about it.

My car’s alternator died during a road-trip, leaving me stranded for 12 hours in Tyrone, Pa. This post was written on my iPhone, so a higher level of typos and formatting errors should be expected.

Wow, That Sure is … inCONVENIENT… » « The Gigantic Elephant and the Tiny Mouse