One of the crucial failures of leadership during the Vietnam War was the way the pentagon managed to reduce a complex political/military/logistical situation down to a discussion about head-count. That allowed the military to focus discussion about the war into a question of head-count: how many dead Vietcong heads did you collect today? How many shiny new American heads did you ship over? How many came back?

I nearly turned this into a book review of Bob Woodward’s Obama’s War except that I don’t think it’s particularly readable (I’ve slogged through it several times, in chunks) – I can summarize it neatly as:

Obama asks about force levels in Afghanistan and is presented three options by the military:
1) A ridiculously high option amounting to committing the entire US military.
2) A “middle of the road” option of 20,000-40,000 additional troops.
3) A token effort of an additional 10,000 troops that were guaranteed to accomplish nothing. 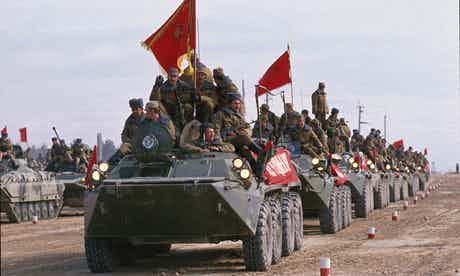 The entire book is about the back and forth and internal maneuverings of Washington elites and military brass, trying to manipulate Obama as Obama asks repeatedly for other options. One inescapable thing you notice fairly quickly is that Obama never asked about withdrawing, as he promised he would during the campaign. The military immediately framed the situation as “we need more troops” and then it was a question of “how many?” and no other options were on the table at all. Woodward’s Obama comes off as a frustrated man of integrity trying to deal with political manipulation, not a naive patsy, but I have my suspicions since Woodward (he makes a point of ensuring that we are constantly aware of how much ‘access’ he got to the president) is hardly a critical analyst. “Impeccably unbiased” and “non-judgemental” is how Woodward is described – which is another way of saying “he’s no Halberstam.” The only way to remain impeccably unbiased and non-judgemental about these matters is to not think about them.

It is nearly criminal negligence to write a book like Obama’s Wars without overtly referencing Halberstam’s The Best and Brightest, because both histories are insider views into how the US got sucked deeper into unwinnable wars, and how those decisions were made and justified to those in power. Halberstam describes how the pentagon established impeccable logic that required more forces being committed if only to protect the additional forces that had already been committed. Woodward describes how the pentagon pulls the same trick on Obama – he’s just impeccably unbiased and non-judgemental about it.

McChrystal passed word to Gates that he was going to need 40,000 more troops. Gates was stunned. He had been at the CIA in the late 1970s and the 1980s when the Soviets invaded and occupied Afghanistan with 110,000 troops. He was a Soviet specialist and noted that with the advantage of no restraints and no rules of engagement to protect innocent Afghans the Soviets had been unable to win. They had ruthlessly killed perhaps 1 million Afghans, driven millions more from the country and almost destroyed Afghanistan. How could adding more US troops, essentially duplicating the Soviet numbers, get the job done? he asked McChrystal.

The general said his forces would help protect the people and demonstrate they were in Afghanistan to help. The Petraeus model from Iraq could be applied to Afghanistan.

Woodward non-judgementally reports a whopping lie being told and apparently accepted. The pentagon (and everyone in the administration) were already, by that time, aware that the Petraeus model from Iraq didn’t work, and there was plenty of administration internal analysis that the war was being lost, steadily, at the current troop levels. There was even plenty of internal analysis that an additional 20,000 or 40,000 troops was not going to make a difference at all. Woodward reports those things, non-judgementally – which is a nice way of saying “without the slightest bit of thoughtful analysis.”

The president said he had arrived at the number. Under the redefined mission, he said, the best I can do is 30,000.

Catrwright was not surprised. It had a perfect symmetry – right between the McChrystal 40,000 and the hybrid 20,000. But it was also between the 35,000 that Gates had most recently been seeking, and the 25,000 that Cartwright had thought was about right.

Here is why it will be 30,000 the president added. The financially hard times were real, as they all knew. Obama said he wasn’t going to support an open-ended commitment. In addition, he was not going to do nation building or pursue a full counterinsurgency strategy. Already he and bush had committed 33,000 more troops more in one year.

Jones was still amazed that the military had not provided a real assessment of how the hell those 33,000 were doing, and they still wanted another 40,000. A cynical person would think you can’t be serious. A cynical person, Jones thought, would say, “Whiskey Tango Foxtrot.”

I’m a cynical person, but I’m not having a WTF moment from any of that. The situation and analysis is clear: when you ask the military “how many head-count do you need” they will never say “fewer.” It’s that simple.

One needn’t be a student of Sun Tzu, either, to realize that the entire discussion is being held wrong: the metric of military strategy is not head-count.

Strategy without tactics is the slowest route to victory. Tactics without strategy is the noise before defeat. – Sun Tzu

What is so depressing about Afghanistan is that it’s been clear for over a decade that the US is going to lose. Apparently it’s just too embarrassing for the generals to walk out of, so they keep telling successive presidents “we need more headcount.” The Soviet peak forces were 115,000 – they rotated a total of 610,000 troops through there. By the end of the war, the Soviets were exactly where the US is now: hunkered down in safe bases, occasionally making search-and-destroy forays, but otherwise minimizing casualties by relying on artillery and air strikes, with special forces skulking about doing the targeting. That is exactly what the US is doing, with the added factor that the Taliban have hit on the strategy of getting their troops to join the Afghan military, and occasionally shoot a few Americans in the back if they get the chance. The result of that strategy has been to separate the US and Afghan forces – which is kind of a problem when one of the reasons you are ostensibly there is to train their military. Of course it doesn’t help when the US occasionally blows away units of Afghans in “friendly fire” incidents because they all look the same to us, or something.

The consistent pattern of American wars since Korea has been a military that bamboozles civilian leadership with promises of success that lies just around the corner. Because civilian leadership doesn’t understand, or care – or is ignorant of strategy or history – they listen and send more troops. 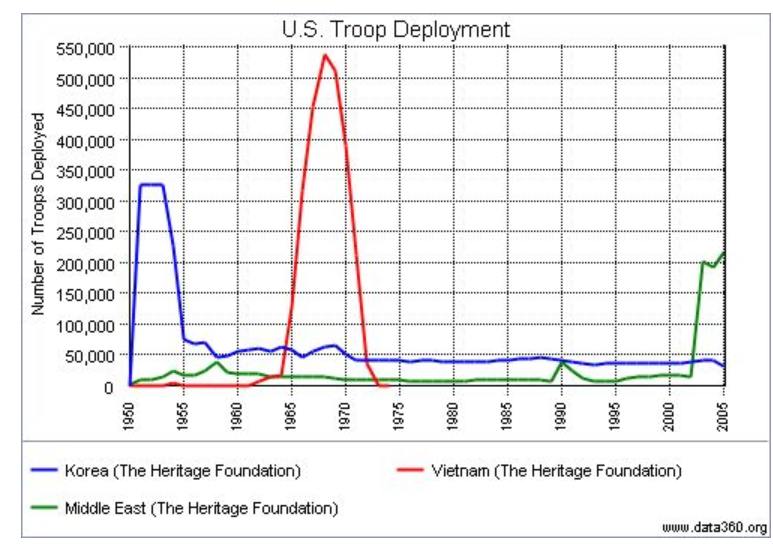 Trump, of course, is sending more troops. 5,000. The metric is wrong: 5,000 heads won’t do anything. If there were a winning strategy that 5,000 heads could meaningfully be applied to, then it might make sense. But, since the US hasn’t got a plausible strategy for winning, those 5,000 heads are going to be doing exactly what the 65,000 or so heads that were losing before were doing: wandering around occasionally shooting people, and then going back to base. Which is more or less what the 500,000 heads in Vietnam did. In 1968 there were 510,000 US military in Vietnam – a country with about the same population and area as Afghanistan. The terrain is very different, but only in style; in substance they are equally rotten places to fight and hold and both countries have porous borders that allow insurgents to regroup and resupply. The US never had a chance of winning in Vietnam and we don’t have a chance of winning in Afghanistan. Yet we’re ruled by fools who listen to the military and continue to trickle troops back and forth, as if 5,000 more soldiers will make a difference to anyone except them and anyone they kill.

My suggestion is this: since Trump is immune to embarrassment, he should withdraw US troops from Afghanistan, Iraq, and Syria, and declare victory. Have a ticker-tape parade.

If you wish to really understand the Afghan wars, read Grau’s The Bear Went Over The Mountain – an analysis of what happened to the Soviet forces during the 80s. You’ll see what I mean: they came in the same old way, and left in the same old way. The last American out of Afghanistan won’t wave his hat as the armored column drives over the bridge into Soviet territory: they’ll spit in the dust and board a C-130. Plus ça change.

This sounds like a pretty good book: It’s on my “to read” queue and maybe I’ll do a review of it when I get to it. [afgantsy]

The Petraeus model from Iraq: Petraeus cooked up the technique of buying off militias. The US was having problems with militias and Petraeus thought of “maybe we can pay them to stay home.”  That worked, except they stayed home and spent the money arming up. Then, when the US drew down its forces (allowing Petraeus to declare victory) they came back out again. It was a transparent and disgusting scam.  Meanwhile McChrystal turned Joint Special Operations Command into a search and destroy program similar to the CIA’s Phoenix program during the Vietnam war. It was effective because they killed lots of people, and body count was the metric for success. McChrystal was not exactly the guy to put in charge of a “hearts and minds” counter-insurgency; that’d be like putting Lavrenti Beria in charge of a neighborhood outreach group: people would be polite, no doubt, but only because they were petrified with terror. We must not ignore the fact that US special operations in Afghanistan and Iraq are, basically, terroristic.

At The Home of British Cryptography » « Grifters Gotta Grift