Finding weird stuff on Ebay is a hobby of mine, and my friends know me as a person who is good at sourcing the right thing for a project. So I get asked “where can I find X?” for many X. Sometimes I get stared at, like the time a guest mentioned that they wanted to make a kill jar for insect-collecting and I asked “how are those made?”  Apparently it’s a jar with a base layer of plaster of paris that you can pour ethyl acetate into, so the vapors release into the jar and kill insects without damaging them much. So I hopped up, went to the kitchen cabinet, and came up with a Weck jar, some hydrocal and a 500ml bottle of anyhdrous ether. What, don’t you have that sort of thing in your kitchen? 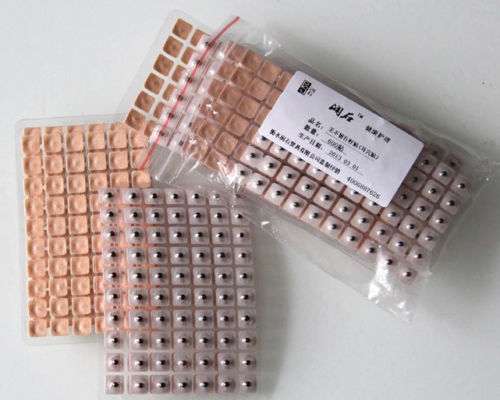 I also suggested acupuncture needles for mounting things. They’re very fine, flexible, attractive, conveniently packaged, and very inexpensive. Apparently they worked great but the supply ran out – my inbox this morning had a query, “where did you get those…?” So off to Ebay I ‘run’, punch in a query and …. WTF?    There’s a whole new alternative woo woo medical modality that has snuck up on us without my noticing: ear seeds.

Ear seeds are not something you plant that produces a crop of ears (that’d be cool)  It appears to be a variation of reflexology fused with some acupuncture woo-ology.

“Auriculotherapy” [faq] is when “it is believed” the ear is a “microsystem of the entire body” and you can stimulate the ear and magic something something something. The principle appears to be that your body is a self-voodoo doll.

Why? They don’t do anything.

Ear Seeds can be used in conjunction with herbs and other ingestible medications without concern for contraindications. 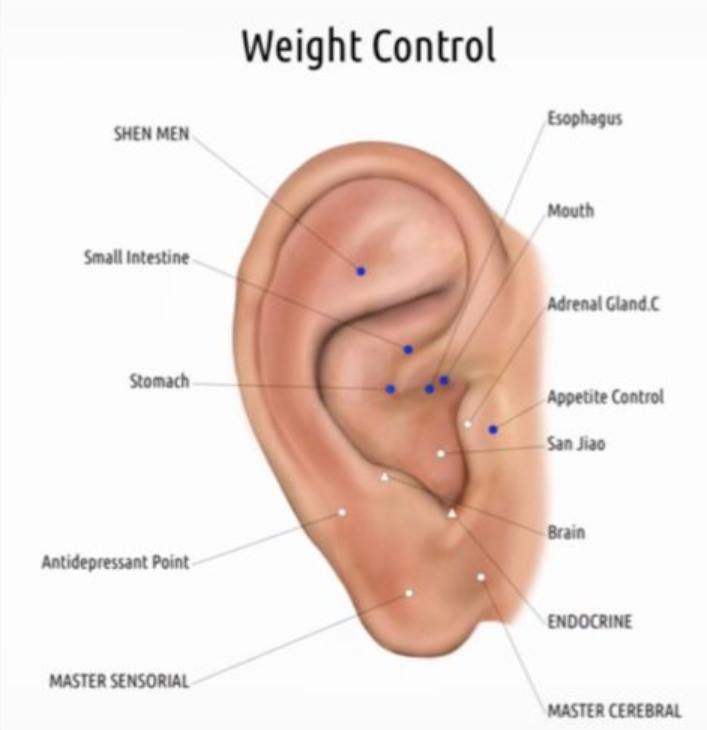 So, some ear seeds and a couple of shots of Jack Daniels might induce a feeling of dizziness or mild disassociation? I bet if I took some Ambien supplements with my ear seeds, I might feel drowsy.

Back when I used to waste my time arguing with acupuncturists, I’d ask them things like, “if it can make me lose weight, can I use it to silently kill someone?” or my favorite which was: “if acupuncture can do all this stuff, can it get me high?” Oddly, I never found anyone who could trigger a trip-trance or heart attack with acupuncture. If you can get wasted with acupuncture, it’d be more popular than alcohol! This all must mean that a voodoo doll is more powerful, too. If you think about it, you’ll notice a shocking absence of acupuncture-related crime novels. Think about it: the guy bumps his boss off by poking him in the ear accidentally with a needle then waits 29 years, then he eventually dies “apparently” of old age.

I see, however, that the wretched assholes who are promoting this pseudo-therapy are trying to encourage people to use it for real-world problems. Weight control? Well, that also implies you might be able to use it to reduce your chance of some cancers, heart attacks, gout, or diabetes. Do you see “antidepressant point”? Who needs SSRIs when they can just tape a little metal bead to their ear? What if someone goes off their meds because they believe in this crap, and they go into a tailspin and commit suicide by sticking a needle into their foot’s reflexology zone that maps to their heart? 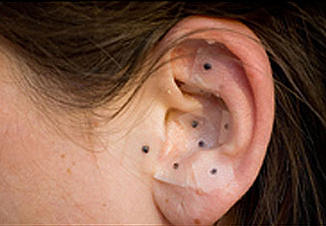 My mad photoshop skills simply aren’t up to the task, nor is my patience, but I used to want to make a reflexology pistol target. You know those targets you see that have the “kill zone” marked? I want a foot-shaped target that marks the reflexology zones that map to brain and heart, so I can practice quick-aim foot hits that’ll drop someone instantly.

I have a great big gold ring right through my ‘Master Sensorial’ region on my ear. Is that why I’m so opinionated?

I have the ether for legitimate reasons. I used to do wet plate photography, and made/poured my own collodion, which entails making your own nitrocellulose and dissolving it in ether. It’s getting hard to get stuff like that now, so I laid in a goodly supply back when I had access.

“Traditional Chinese Medicine” is a great big continuing scam. For one thing, new ‘traditional’ elements are added all the time – like electrified acupuncture needles, or magnetic nostrums. They’re not traditional at all!

One of my acquaintances used to use the “Bach flower remedies” (some kind of aromatherapy hooey) as a sleep aid. I suggested Benadryl. We went back and forth about it until I finally just chugged the entire horrible gack of ‘Rescue Remedy’ and suggested that they not eat an entire bottle of Ambien because that stuff actually works.

Here is a fun argument against Traditional Chinese medicine, if you ever need one: consider 3,000 years of Traditional Chinese Medicine as a public health experiment. Then consider life expectancy in China versus the rest of the world. Like in the rest of the world, life expectancy shot up pretty quickly once sulfa drugs were invented in the 1930s. [stderr] If Traditional Chinese medicine worked, we’d observe life expectancy in China to be slightly(or more) higher than the rest of the world for a thousand years or so. We don’t observe that, therefore Traditional Chinese Medicine probably has no impact on public health outcomes. The usual come-back is that, “of course not everyone used it, it was primarily the wealthy, so the average wouldn’t come up much” or “there are many stories of very long-lived people…”  both of which may be due to the wealthy’s fondness for tea, which is made from boiled water. There is also a question as to whether or not Traditional Chinese Medicine is really traditional at all – some sources argue that it was a creation of post- Cultural Revolution Maoists who wanted a sop to offer the population after they had purged the population of modern medical practitioners – thereby plunging China back toward dark age medicine.