This is just a quick cross-link, I haven’t got much to add, because it’s already weirder than I can make it. [atlas] 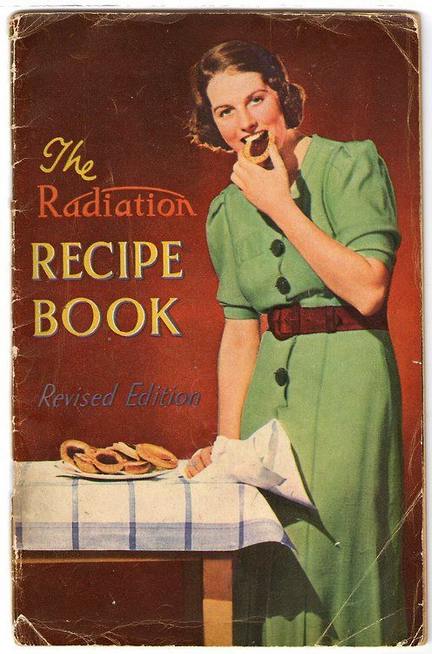 According to Goudsmit, Auer had been “impressed by American methods of advertising,” including Bob Hope’s endorsement of Pepsodent toothpaste, which was advertised as including something called “irium.” There is, it was later revealed, no such thing as irium. Auer-Gessellschaft, like many companies at the time, was trying to get in on the craze for all things radioactive—including cosmetics. “In Germany, it would be thorium, the scientific toothpaste!” writes Goudsmit. [atlas]

When I was a kid, my dad and I watched a bunch of the old Buck Rogers movies, including one where there was a giant air ship powered by stokers shovelling radium from big hoppers into furnaces – just like coal. Because radium was new stuff, it invited speculation, but the limits of the director’s imagination couldn’t get past “just like today’s ships, only they fly” and replacing coal with radium.

Something new gets adopted into the popular culture in weird hypothetical ways. When radiation was new, you might want radioactive toothpaste or cuisine. When nuclear weapons were new, we had atomic-engined spacecraft (in science fiction) and now that computers and the internet are new, we have nerds led by Ray Kurzweil who worship cloud computing as their personal apotheosis.