Someday I want to do a series of posts, attempting to unpack how free market capitalist ideology evolved. There are some interesting characters who have stepped forward and said things about markets that seem just flat-out goofy, to me – such as Hayek’s unsupported insisting that any regulation of capitalism results in totalitarian “serfdom” for the people.

Then you have follow-ons like Milton Friedman, an old hypocrite who grew up poor and hated the poor for it, who promoted near-religious capitalist ideology by grabbing a microphone and preaching directly to the choir. I have listened to some interviews with him that make me want to do sentence-by-sentence deconstructions, but I’m not sure I can bear it. Capitalists have used these people to market their idea as a necessary adjunct to democracy – i.e.: completely unrestrained capitalism is the only path to freedom. There are huge swaths of the American population that believe that, because most Americans – until recently, and look out! – bought the idea that “if you strive and work hard you’ll be rich and can get on television and rain shit down on people like Milton Freidman does.” Or something. The system has been constructed to make everyone believe in it, in spite of the really obvious fact that it is wrong. For example, the capitalists’ claim that markets will improve customer outcomes has resulted in the US having the most expensive, lowest-quality, dishonest, and confusing medical system. Markets make things more efficient the same way the US Marines are renowned interior decorators: they fuck things up and then blame some “externality” or other.

Here’s a good example of that burgeoning efficiency. The only hospital in Wellington, Kansas’ management decided that it was not going to be cost-effective to fight the coronavirus, so they closed the hospital. [guard]

Two weeks ago, as the virus crept closer and people in other parts of the state started dying, the owners of the city’s only hospital thought it a good time to close down with just a few hours’ notice on the grounds the facility was losing money.

“We lost our hospital abruptly and without warning,” said Dr Lacie Gregory, a family practitioner in Wellington. “Even as the healthcare providers here in town, we did not hear that it was closing until it was a done deal. We received a text message from the director of nursing saying as of now there’s no hospital. So really, really unfortunate timing.”

“Unfortunate” does not begin to describe it.

The hospital served a small area, of only 8,000 people, but those people depended on that hospital. Remember, this is one of the fundamental assumptions of pure capitalism: if the profit margins aren’t there, get out. This has become a refrain: if California wants to sue PG&E because of wildfires caused by badly maintained lines, PG&E can potentially take their marbles and leave. “OK, ‘power grid’ with someone else.” Or, in the case of Wellington, “Dearie me, we just discovered running hospitals is hard, we’re going to buy a Chuck E Cheese franchise and a golf course, instead, see ya!”

For every Friedman or Hayek who is talking about “freedom” they are also talking about an environment where the people have no control over anything. To paraphrase the Roman, “they create a smoking wreckage and call it ‘liberation’.” 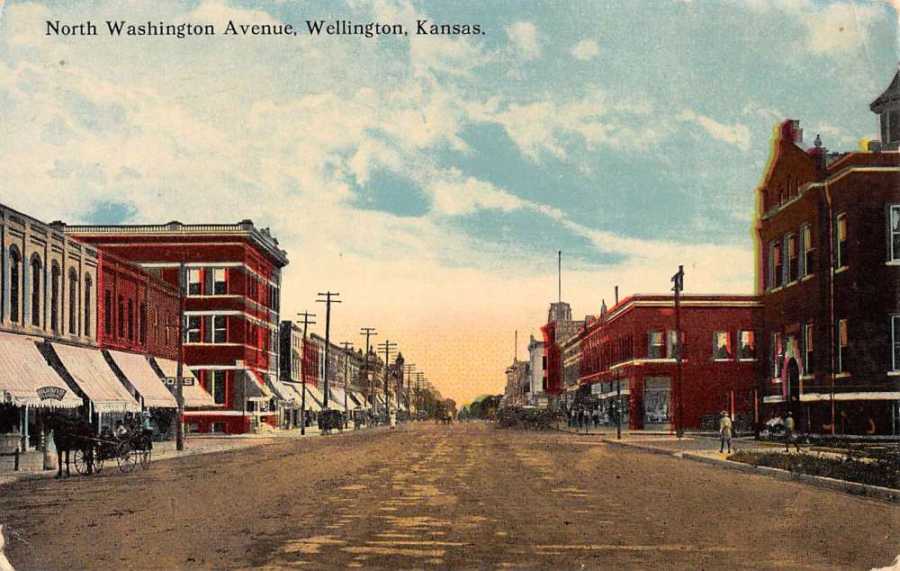 A postcard from capitalism: so entitled!

There are heroes in this story, of course: the doctors and nurses and janitors who used to work at the hospital, have adapted and are continuing hospitalling:

The physicians had assumed the 63-bed Sumner community hospital’s emergency department would deal with people contracting coronavirus while they went on treating more routine conditions of cuts, broken bones and high blood pressure, and that the two would remain safely at a distance. But now the Family Care Center is the first line of defence for the city of 8,000 people.

The doctors improvised, setting up a separate drive-thru clinic at the back of their building for people complaining of coughs, fever or showing other symptoms of Covid-19. But even finding the protective equipment for the physicians handling those patients is a challenge.

The county’s emergency management office in Wellington has put in orders for masks, visors and gowns but been told by the state that only part of the request will be delivered. So far nothing has arrived.

It ought to escape nobody’s notice that Kansas generally breaks republican, and is a state that has deeply absorbed the capitalist ideology and American Exceptionalism. I wonder if this will help them get over it?

The doctors at the health centre went looking elsewhere. At the local farmers cooperative they found masks designed to protect workers on the city’s grain elevator from dust. At another store they bought face shields farmworkers use when working with chemicals. They are not medical grade but better than nothing. The doctors still face a shortage of gowns and gloves.

“It’s been really frustrating. It’s been what we have been able to piece together,” said Gregory. “All of us as physicians are reading and researching and relying on colleagues across the country for information on where they are getting equipment and what’s working for them. This is going to overwhelm our system and we won’t be ready to to treat people. We won’t have the resources to treat people.”

The makeshift clinic is seeing about 20 people a day but even then there is only so much they can do. The director of the Sumner county health department, Laura Rettig, said that at any one time it has only a handful of coronavirus test kits for the entire county of 25,000 people. They have to be sent to the state laboratory and the results take days.

Because I’m a cynical fellow, I’m going to see if I can learn more about the management of the clinic – they are almost certainly part of some conglomerate health care “provider” and that means the company’s going to be going to the government with its hand open asking for a bailout.

As Malcolm X would say, “the bailout or the bullet.”

The democrats ought to be all over stories like these, but instead they are busy making fun of geriatric Don, in order to make geriatric Joe look better. The US is run by chucklefucks put in place by capitalists who want to defend their abusive free market.

Sunday Sermon: Watch the Birdie » « The Saga Of the Red Resin Bowl