You probably recall the NSA’s lie about that they were only monitoring citizen’s “metadata” during their illegal data-collection program.

I’ve beaten on this topic a fair bit before; “metadata” is a lie. [stderr] – there are certain fields in a message that you’d want to extract as part of a surveillance program, or the whole system wouldn’t work. But, more importantly, you’d get no benefit from a system that just captured partial data and generated alerts on it, because when the alert went off the first thing you’d want to do is review the contents of the message to see whether it was significant. In other words, the only way such a system would be worth building would be if you collected everything then had a computer search through it for important patterns (call those search results “metadata”) and bring matches to an analyst’s attention, along with the messages themselves.

In an interview with On The Media‘s Bob Garfield, James Risen describes how he knew the “metadata” story was a lie, as it was being told, but he was too busy wrestling with the New York Times to get them to publish anything at all about the collection program. Note that Risen knew about the program for 13 months before anything was published; the New York Times waited until they were well out of the Bush administration and into Obama’s before they said anything; the publisher was, literally, sitting down with Condoleeza Rice and listening to the administration’s arguments for why the program needed to be kept secret. That made the New York Times party to a federal crime, but the whole mess was whitewashed and Obama declined to do anything about it, because the Obama administration was doing the same thing and perhaps worse.

The whole episode is interesting and infuriating [otm] and paints a detailed picture of how even the “investigative journalists” in the media can be deflected and silenced in return for access. I feel a certain amount of sympathy for Risen, who complains about his stories getting buried – but the fact is that his stories kept getting buried and he kept “playing nice” with the utterly corrupt system. He knew a federal crime was being committed by the administration and allowed his employer to conspire (that’s the word) with the government to silence him.

After they killed the NSA story a second time, in December 2004, I was scheduled to take a book leave. I had had lots of stories killed over the last few years, I’d had this experience with the WMD pre-war intelligence coverage where my stories kept getting cut and buried, I was fed up and I felt like I couldn’t cover the war on terror the way I wanted to. I couldn’t keep doing this. I couldn’t respect myself if I kept letting all my stories get killed – and especially the NSA story; if it came out later from somebody else and it turned out that people would find out that I knew about it, I would never be able to live that down.

It’s odd to me that Risen would then write a book that admits that he knew things he didn’t publish because he allowed stories to be killed but that he felt bad about it. Apparently he didn’t feel bad enough. Personally, I am not impressed by whistle-blowers and investigative journalists who learn something important, sit on it for years, and then finally blow the whistle when they have a book deal. Daniel Ellsberg, who dropped the Pentagon Papers, had more important and interesting stuff that he sat on until he lost it – he only came clean and described his involvement in nuclear war planning and the SIOP once he had a book deal and is (presumably) advanced enough in years not to care anymore. I’d consider him to have been some kind of hero for humanity, had he blown the whistle immediately and not waited until he had another book deal; what if his nuclear war planning had gotten us all killed in the intervening time?

Also, allowing the memes to take hold and continue serves to ratify the lies. The fact that the New York Times and Risen knew that the “metadata” angle was a lie, allowed the “metadata” story to firmly take root to the point where, a decade later, the lie still stands:

Oh, dear, me, we “accidentally” collected all this stuff. Someone leaned on the “collect it all” button, apparently.

Here, the Wall Street Journal is not only ratifying the “metadata” lie they are promoting another, earlier, lie that it was possible to “accidentally” collect people’s SMS and phone calls. Any of you who have any experience with building large-scale IT systems will know that you don’t “accidentally” start doing that – you first must put in place a great deal of infrastructure to gather and assemble the messages for searching out the “metadata” and that does not happen by “accident.” Imagine if Google said that they “accidentally” crawled the entire internet and looked at all the web pages. Oops. NSA and Wall Street Journal want to imply that the have all those data connections, servers, storage, and content search systems lying around in some supply cabinet somewhere and maybe the cleaning lady plugged them in to the internet, “oops!”

It’s not “improper” it’s a violation of federal laws that were established after the revelation of COINTELPRO back in the 1970s. They’re saying, in effect, that they built this system knowing it was “improper” and “accidentally” turned it on again. The obvious question, which none of the congressional oversight committees will ever ask, is “if you’re so incompetent that you can ‘accidentally’ turn a system like this on, how are we supposed to believe you’re competent enough to turn it off and know it’s off?” Apparently the “on” switch is not labeled very clearly.

Now, if I set up a rifle on a bipod, sight my scope in carefully, load it, and “accidentally” pull the trigger, I don’t get to say “oops, sorry” and wash my hands of my mistake. I especially don’t get to do that a second time, unless I’m a Louisiana police officer. Or the NSA.

This stuff is literally unbelievable, unless we’re holding down the stratospheric upper reaches of some bell curve distribution of gullibility. And the New York Times continues to publish leaks that are also incredibly improbable in addition to being very conveniently timed: [nyt]

WASHINGTON – The National Security Agency has quietly shut down a system that analyzes logs of Americans’ domestic calls and texts, according to a senior Republican congressional aide, halting a program that has touched off disputes about privacy and the rule of law since the Sept. 11 attacks.

The agency has not used the system in months, and the Trump administration might not ask Congress to renew its legal authority, which is set to expire at the end of the year, according to the aide, Luke Murry, the House minority leader’s national security adviser.

Oh, come on. The “agency has not used the system in months” is an utterly bizarre claim to make about a system that is always working; i.e.: it i 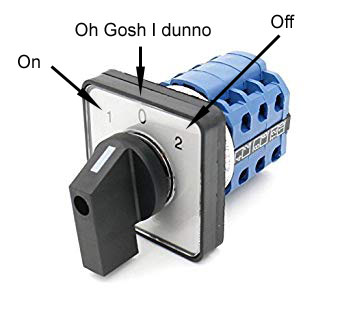 s always in use collecting all the things. Does the NYT actually believe that nobody looked at any of that data in months? I’ve got a tower covered with Trump logo that I’m willing to sell them, cheap, if they believe that, especially since the government continues to want to do exactly what that program illegally does: [bgr]

The proliferation of end-to-end encryption services has been fantastic for end users and for privacy, but it has also been a huge problem for intelligence and law enforcement agencies. Ironically, it’s the Snowden revelations from a few years ago that shined light on the far-reaching powers of the NSA and its partners when it comes to mass-surveillance operations, thus pushing more tech companies to create chat and voice apps that are end-to-end encrypted. The US government is still unsure of what to do about the phenomenon, and it’s actually going as far as to consider legislation that would ban end-to-end encryption.

Nice to blame Snowden for an ongoing slow-moving failberg that has been trundling about since the early 90s. The surveillance state keeps trying to get access to encryption (probably so they can just look at the messages for “metadata” amirite?) and they have floated, time and time again, ways to bypass encryption or ban it outright. Meanwhile, they  show up at any social media organization that has significant messaging traffic, and insist on a way of getting access to messages if they want them. How do you think that Lisa Page and Peter Stzok’s messaging traffic was reconstituted for public examination? That kind of data capture doesn’t just happen, it requires substantial infrastructure to be in place (and the “collect it all” switch has to be in the “on” position) – one cannot retroactively collect data from days gone by – you have to collect it and store it now in case you want to look at it later.

Meanwhile, the media keeps pretending to be the watchdogs of civilization, while rolling on their backs and exposing their soft underbelly every time the government whispers “national security” – which they know is a lie.

The fact that we’re discussing is helpin’ the enemy. You gotta understand – and I hope the American people understand – there is still an enemy that would like to strike the United States of America and they are very dangerous. – George W. Bush in the On The Media piece

Yeah, that’s why it’s looking inward, at Antifa, BLM, and BDS. Just remember: the media, congress, and the surveillance state are all in cahoots. Congress writes the checks for these programs. The New York Times and the Wall St Journal keep the lies alive, and the surveillance state keeps sucking up all the data and says “oops, accident!” on the rare occasion anyone asks what they’re doing.