Stop me if you’ve heard this before: a group of people in authority have a separate, secret, process for policing themselves.

In case you were wondering “how is it that cops can be so corrupt and incompetent and have their own secret system for meting out ‘justice’ to themselves?” It seems like a bad idea, right? It’s almost as bad an idea as having body cameras with an ‘off’ switch.

Propublica [pro] reports that judges also have a secret system and this is what it looks like: 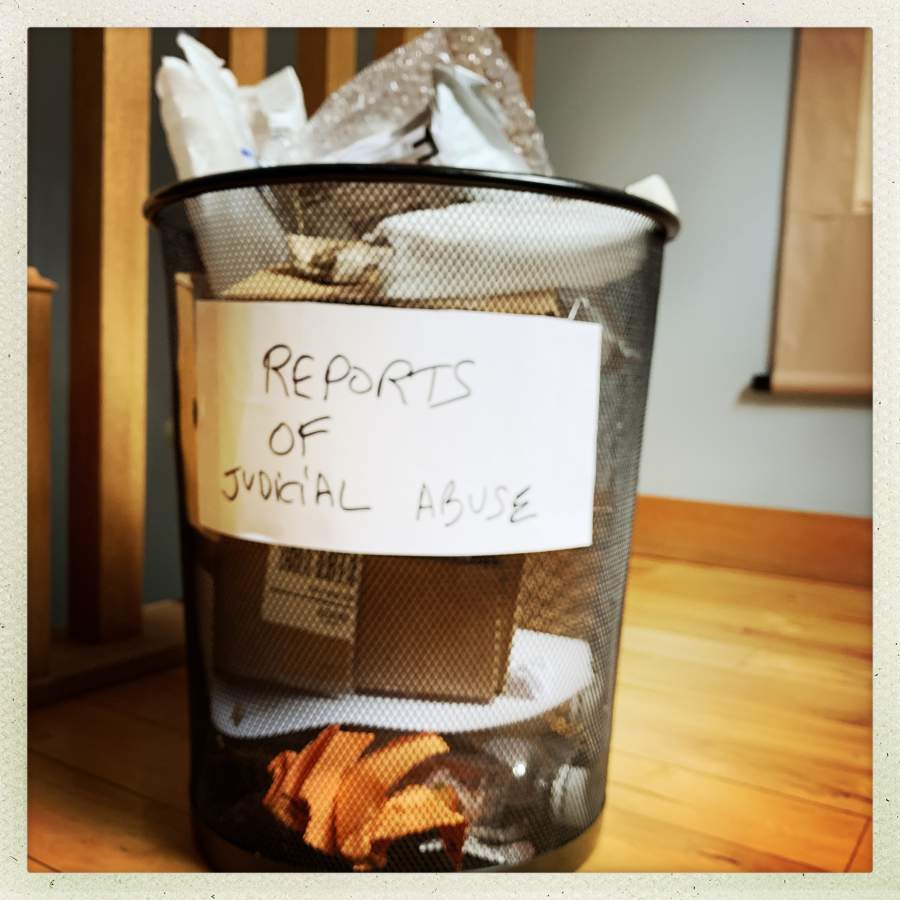 Mine’s probably nicer. I bet the judges have those industrial gray steelcase ones.

Over the past two decades, more than 1,000 ethics complaints have been lodged against South Carolina judges who handle the state’s major cases in circuit court.

Beyond mere courtroom disputes, the complaints contain serious concerns about abuse of office, including allegations of influence peddling or judges mishandling conflicts of interest.

The number of judges punished publicly as a result: zero.

I’m tempted to shrug and say “that’s Carolina” but I’ll bet a dollar against a dozen donuts that it’s not just Carolina. All the characteristics of secret panels are on display:

The Commission on Judicial Conduct shares its work with no one – not even complainants, who receive brief letters telling them when a case has been closed. In thin annual reports, it acknowledges the number of complaints and the type of alleged offenses, but it offers no details.

Unlike in other states, including South Carolina’s neighbors, it’s nearly impossible for the public to know how seriously allegations against the state’s judges are taken.

Virginia does the scam differently: it’s judges that judge the judges.

Only one other state, Virginia, allows lawmakers to elect judges.

Lawmakers filled many of the openings with their fellow legislators, including several who sat on the state Supreme Court. The high court is in charge of the bench’s ethical oversight, but it has skirted the practices of virtually every other state to stack the Commission on Judicial Conduct with judges.

Year after year, they reject any punishment of their colleagues.

I’m willing to bet that this is a bipartisan effort. I.e.: they are all corrupt, not just the sleaziest of the bunch. Let me remind you of my doctrine on these things: there are always enablers and records. In other words, while the judges may think they’re meeting in smoky rooms and letting themselves off gently, someone still scheduled the smoky room and someone else has an attendees’ list. Social actions are hard to conceal unless you’re really gung ho about eradicating the witnesses [Memo to Donald Trump: if Junior and Jared sleep with the fishes they can’t flip on ya!]

Circuit Court Judge Diane Goodstein, based in the small town of St. George about an hour from Charleston, faced a formal complaint in 2008 filed by South Carolina lawyer David Flowers. He alleged the judge colluded to award a lawyer friend exorbitant attorney’s fees that limited payouts to clients who had been sexually abused by members of the clergy.

The commission dismissed his complaint without explanation, leaving Flowers unsure what steps were taken to investigate his concerns.

Donald Beatty, chief justice of the South Carolina Supreme Court and also a former lawmaker, in a written statement defended the state’s discipline of judges and its process for screening them upon reelection. He assured “all legitimate complaints are addressed.”

“That defies the law of probability,” he said. “You would have to say the system is built to protect judges.”

“All legitimate complaints are addressed.” <snicker> Isn’t every complaint legitimate?

Elsewhere, I offered the view that “there is no benefit to having power, unless you abuse it; therefore anyone seeking power is suspicious.” Oh, boy, right again.