Do you keep track (loosely) of nuclear proliferation? I feel sometimes that there’s something odd about me, the way I am constantly keeping my ear to the ground about the various governments that are building these horrible monstrous things designed to destroy us all in a bath of light and fire.

The US government, certainly, talks a false game. Right now, it’s lecturing the world about how Iran is a threat, because: nuclear weapons. Meanwhile, it has been floating what seemed to be a series of trial reaction-pieces to see if anyone got upset about the US’ proposal to proliferate to Saudi Arabia. The story is that the Saudis are deeply concerned about global warming. 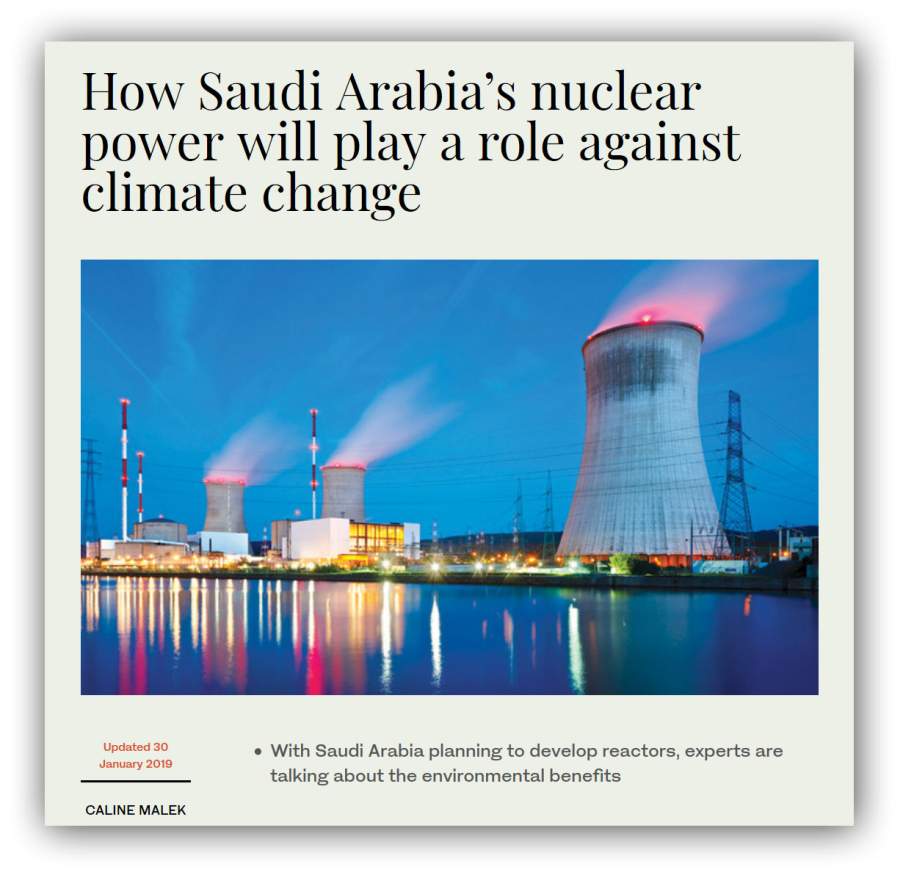 It is true, Saudi Arabia is going to be horribly fucked over by global warming. But there’s money to be made, today, so even if they were to develop nuclear power, they’d keep shipping oil. [I am horrified by one scenario I read which is that it will get so hot in Saudi Arabia in the next 30 years that having your air conditioning fail is a death sentence. That means that a power blackout would have everyone running for their cars and idling them with the AC on until the fuel runs out]

The reason I refer to this as a “trial balloon” is because it seems almost as though the US and the Saudis just wanted to publicize the idea and see if Israel freaks out. There is no other regional power that is in a position to complain, though Russia might raise some objections on purely geopolitical grounds. Naturally, everyone is going to pretend that this is not about nuclear weapons, in spite of the rather obvious fact that “teaching nuclear technology” has always been a code-phrase for implementing a complete fuel cycle, including – especially including – enrichment.

A “research reactor” sounds like no great big deal. Perhaps you’re thinking of something like the reactor that Fermi and his students built by hand in an unused room under a stadium. You’d be forgiven for thinking that, because that’d be what a small research reactor would look like.

OK, let’s do an experiment. Pause for a second and review in your mind what you’ve heard (if anything) about a Saudi research nuclear reactor. Then decide, based on what you can think of:
Does a Saudi nuclear reactor exist?

“It’s a small reactor that is essentially designed for research and development,” said Laura Rockwood, head of the Vienna Center for Disarmament and Non-Proliferation, in an interview with FRANCE 24.

The language I keep seeing around the thing is that it’s still a proposal, in 2019. I.e.:

Having spent over a decade looking for partners willing to share their nuclear technologies and know-how, Saudi Arabia now hopes to start building its first two nuclear power reactors in 2020, according to the US-based Institute for Science and International Security (ISIS).

US, Russian, South Korean, Chinese firms have been short-listed by Riyadh and are hoping to clinch the multi-billion-dollar contracts. With the lucrative tenders in mind, President Donald Trump’s administration has quietly approved six authorisations for US companies to do nuclear work in Saudi Arabia, the Daily Beast reported last month, in a move that has prompted sharp criticism in the US.

[ First, let me offer some crisis management publicity advice to the Institute for Science and International Security (ISIS) – change your name. And don’t change it to the Department for Atomic Energy Science and Humanism (DAESH) ]

My answer would be a great big “huh?” Because I am thinking that it’s a topic under discussion. Right? You don’t discuss whether or not to build a reactor when you are currently building a reactor and it looks like this: [guard] 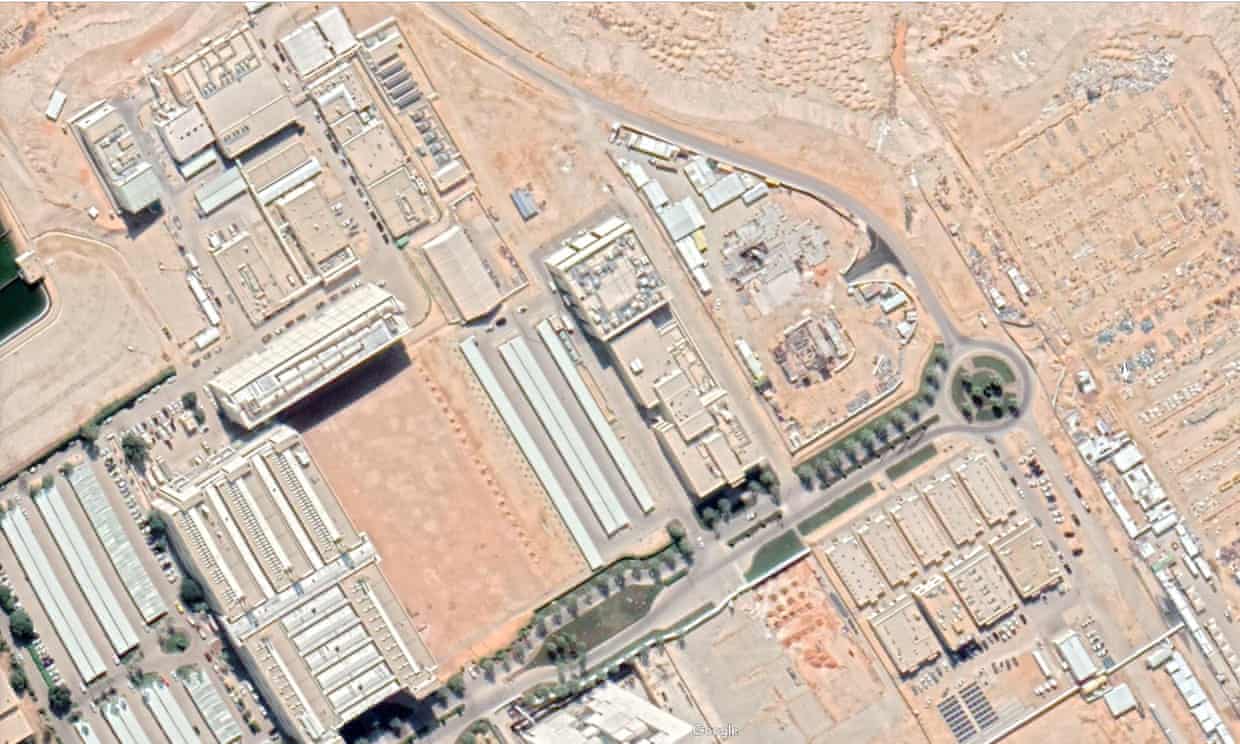 Presenting the world with a new nuclear fait accompli seems like a dirty trick, and it’s got Trump/Kushner’s fingerprints all over it. After all, a great deal of money is involved. You can bet that the Saudis are paying top dollar for this project and the political top-cover that comes with it. [haaretz]

U.S. Energy Secretary Rick Perry has approved six secret authorizations by companies to sell nuclear power technology and assistance to Saudi Arabia, according to a copy of a document seen by Reuters on Wednesday.

What happened to the cries of “mad mullahs”? Remember when it was deemed reasonable to say that muslims are such crazy bastards that they’d be willing to face obliteration if it meant getting a single nuclear strike on Tel Aviv? Never mind that the Pakistanis, who are also muslims, haven’t appeared to care – a regional power that is aligning itself for a nuclear sprint would be Iran, circa 2000. The US and its allies have been levying brutal sanctions on Iran for a decade, for doing what the Saudis are doing. It’s as if the Iranians didn’t pay the right tax, or something.*

The difference is that the Saudis threw their money toward the US, and did some outreach. Around the same time, in 2018, Saudi Arabia officially deprecates holocaust denial [washingtonins] and Mohammed Bin Salman visits Washington on a weapons-shopping tour, supported by massive public relations portraying him as progressive … for a Saudi monarch. [guard] The Saudis even paid top dollar to get old faithful lapdogs like Tony Blair to hire on as publicity consultants and say nice things about Bin Salman. Then, there was the awkwardness of Bin Salman taking personal revenge on a journalist – a journalist who was covering and exposing the publicity campaign – there was a great deal of money and pride at stake.  Following that public relations disaster, the top-drawer PR firms Bin Salman had hired all ran to distance themselves. But there has not been any hue and cry about how someone as impulsive and vindictive as Bin Salman might not be the right person to have nuclear weapons.

Did you know that the government can secretly authorize things like that, with no public review at all? Neither did I – “civilian oversight” means jack shit in a democracy where the right hand can keep secrets from the left. [Not that the US is a democracy, I’m just engaging in hyperbole] “Plotting against mankind” sums it up rather neatly. I assume that the Israelis got something – something big – in return for giving this project the green light; maybe it was the movement of the embassy, or the annexation of more Palestinian land.

(* The US history with Iran can be summarized as: “you did not bow to our authoritah!” and most of the consequences flow from that. The Iranians took some CIA stooges hostage and embarrassed the US; they will never be allowed to live that down until they let the US install a puppet government atop them.)