If only it were this easy.

So, you hop in your ship and make some long jumps to a nearby black hole. What I always love is placing the black hole between myself and the galactic disk, then doing a slow fly-by on a near collision course.

Due to simple matters of scale it doesn’t make much difference if you’re looking at a “small” black hole, or a supermassive – they all look pretty much the same to something our size. It’s like an ant surveying an elephant – an adult looks pretty much like a baby when all you can see is a vast expanse of elephantine foot.

The survival of such experiences is a great big macguffin: since we’d presumably be dealing with heat and xray energy (?) that was extremely high, a black hole would be a very dangerous thing to get anywhere close to. I seem to recall somewhere that Larry Niven pointed out that, because of the inverse square effect of gravity, as you get close to a black hole, you’d have a tremendous difference in the g-forces between a distance as small as your head to your feet. I think that’s a nice way of saying your spine would separate as you were turning to a flattish blob on the floor. 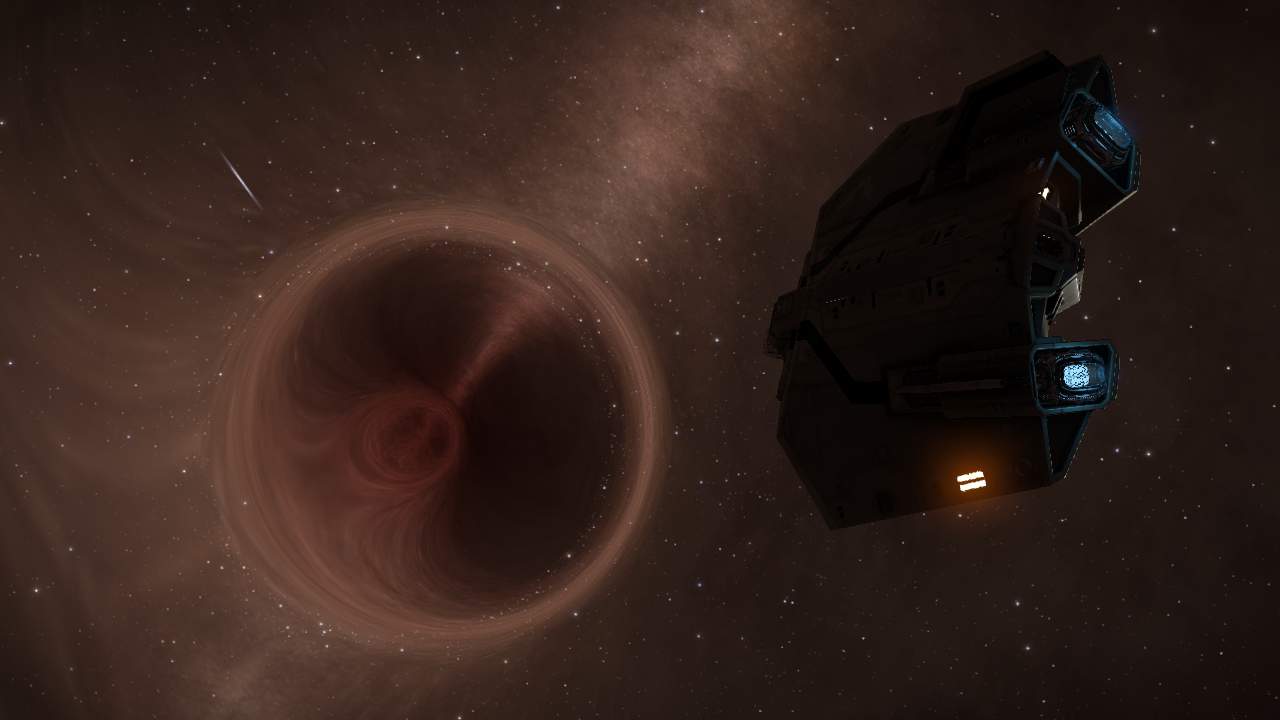 M/V Longshot gazing into Sagittarius A*

Science fiction often depends on violation of physical law; otherwise the stories would be either very short, or very long (usually with an abrupt ending). After all, humans will almost certainly never be able to travel to anything like a “nearby” black hole. I think the nearest to earth is about 1,000 light-years away – something like that – humans will not travel that far just to visit something that we can be pretty sure what it looks like and there’s no point in visiting, anyway. We’d just die.

See what I mean about problems of scale? One blue-white giant star looks pretty much like any other blue-white star. Because the safe viewing distance scales with the size of the star, the relative visual size of the star stays more or less the same – it’s always “too close for comfort.” 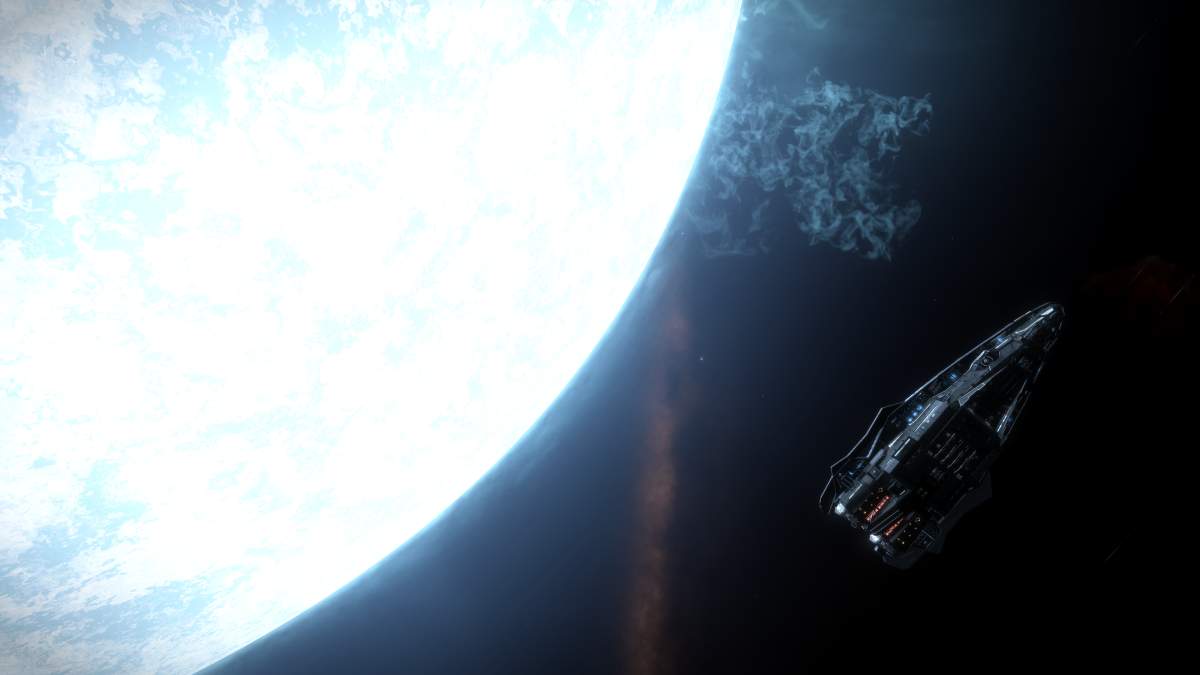 A close pass in Now Look What You Made Me Do

This Could Go All Wrong » « At What Point?