The obvious answer is: “be Afghani.” That implies being in place, having local support (whether coerced, enthusiastic or not) and being indistinguishable from the local population. That’s an approximate recipe for a successful insurgency.

But what if you’re the invader? Then you need a complicated plan. There is a simple plan but it’s unacceptable, and that’s to wipe everyone out. Anything more complex requires: Powerpoint.

“An army,” said Napoleon Bonaparte, “moves on its powerpoint decks.”

Let us begin the lesson with some powerpoints from the US Department of Defense, regarding how to win counter-insurgency operations (COIN) in Afghanistan. In this era of action verbs, we are going to plan dynamically because static planning is bad because Maginot Line and Vietnam. 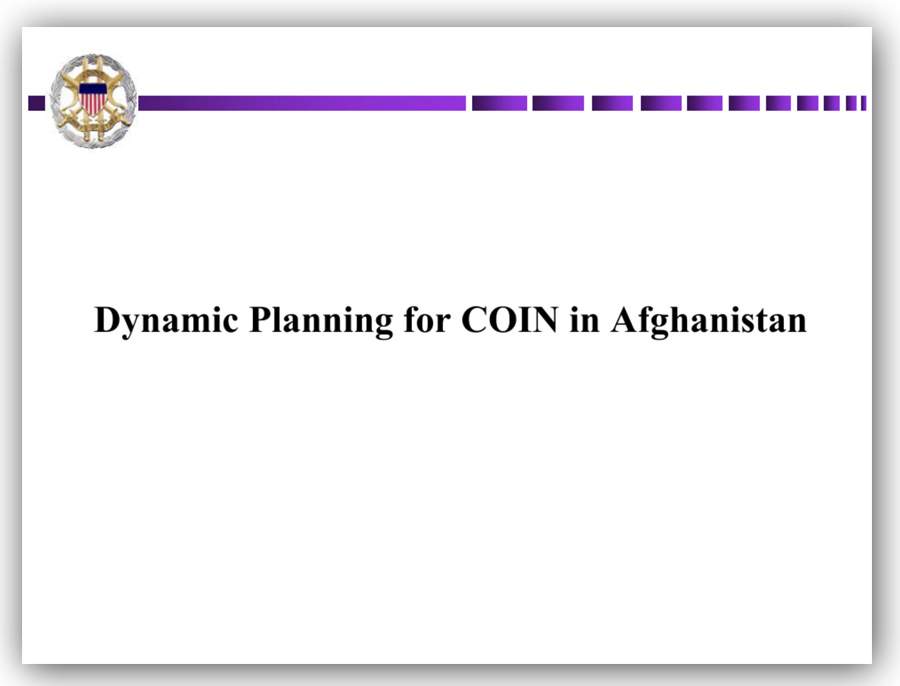 Next things begin to go awry: 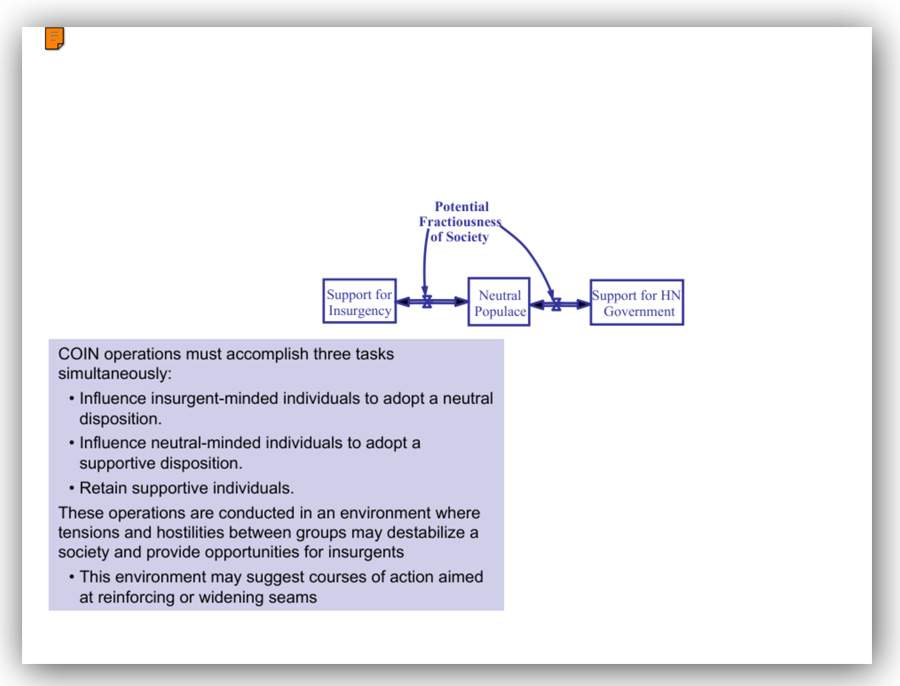 The problem is simple:

Masters of powerpoint are already familiar with this: too much information gets jammed onto a slide, ineffectively, so the fonts on the bullet points get smaller and smaller. In this slide, the author of the disaster has opted to move the commentary into a separate-colored box in order to confuse the enemy. 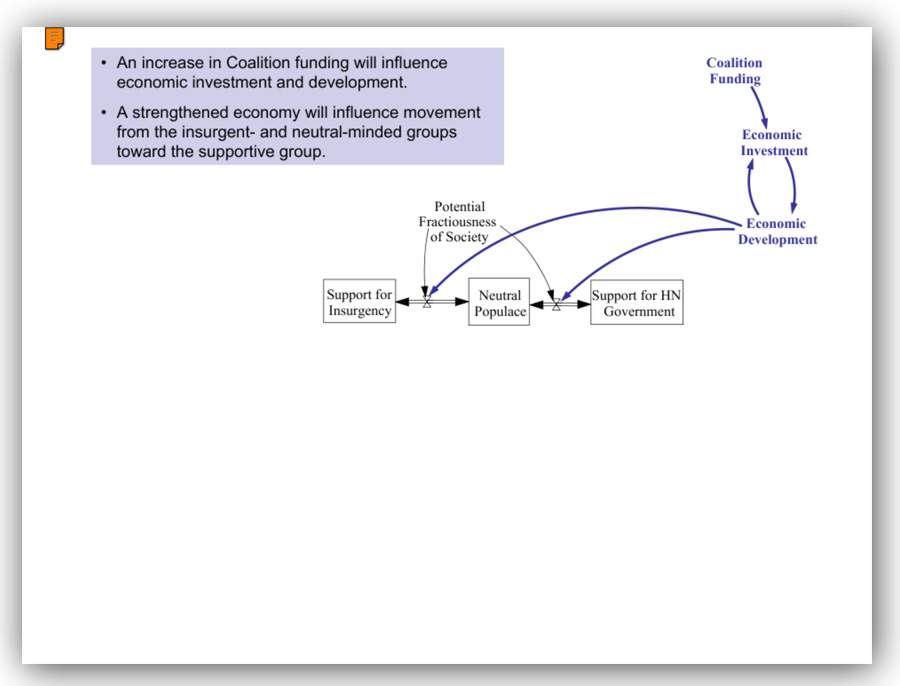 I have a team of experts that has invested 3 weeks in decoding the slide: “if we throw money at them, they will like us.”

Note that that’s the strategy that has been attempted all along. Something is not getting through. There is a horrible similarity to the 8×10 glossy crime-scene photos from Alice’s Restaurant Massacree [bbc] – too many circles and arrows and paragraphs are a warning sign. But the author of this powerpoint deck has decided to demonstrate, conclusively, that the US Department of Defense can write a powerpoint deck like no other. 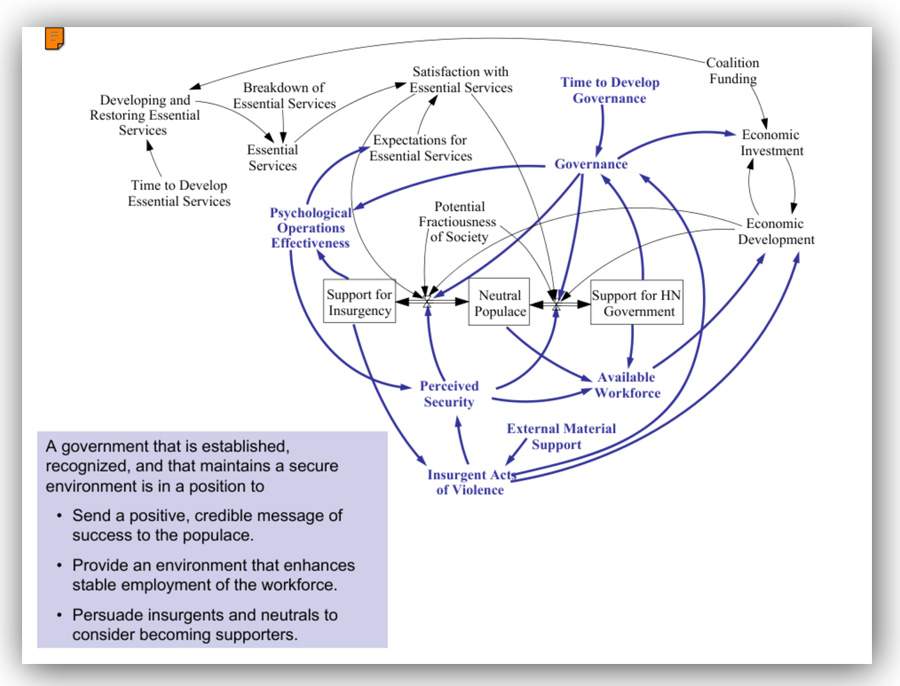 By now, I’ll excuse you if you think I am just making this up as part of a deception strategy. Perhaps you are thinking that I am a “crisis actor” trying to cause a crisis of confidence in the wisdom of the DoD’s warfighting strategy. 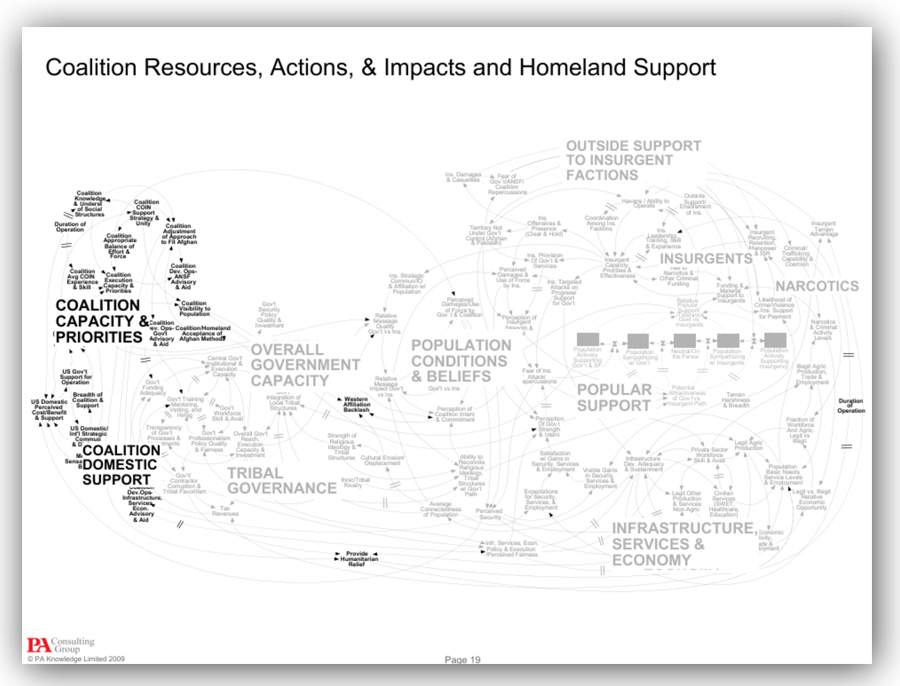 That scene in 1984 where O’Brien breaks Winston – that was not really rats; it was powerpoint. Picture being strapped to a chair with your eyelids held open, while some self-important DoD prat burbles on and on about these slides. The level of detail is high and a lot of explanation is necessary – the audience must be made to understand all the points on every slide. The entire deck is 30 slides long, as this is #19. It can get worse.

Color can be used to convey excess information. This is becoming the F-35 of powerpoint decks – purposeless, expensive, over-powered, unreliable, and overboard. 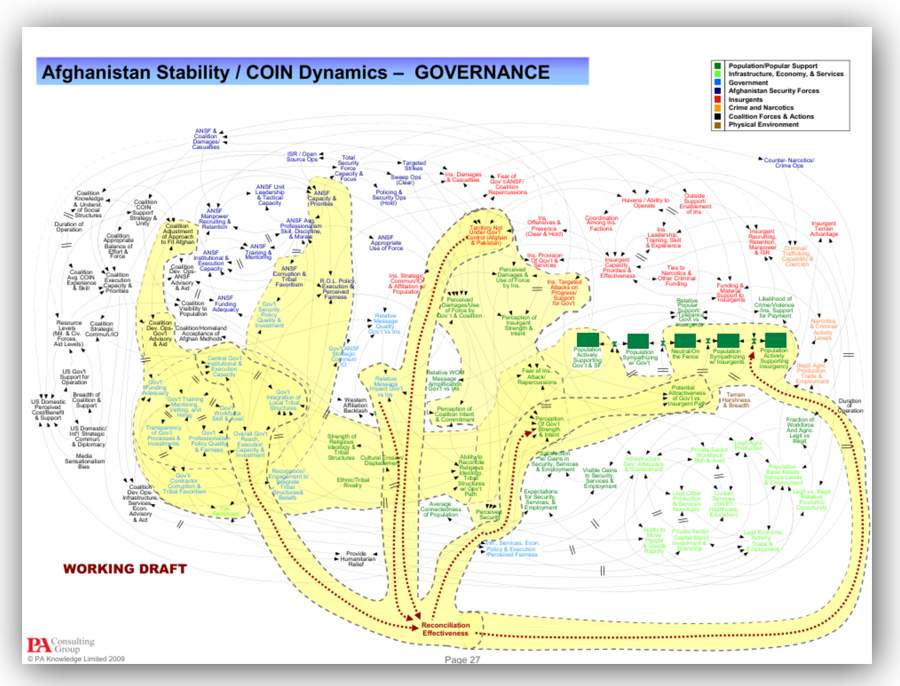 Unfortunately, we are left with a “working draft” conclusion – it does not bring the slide deck down to a soft landing. I was hoping that the final slide would be a blank reading only:

Note the title of the slide: “Claim the Information Initiative” – I am willing to grant that they have accomplished this. Is that what the giant yellow octopus represents? 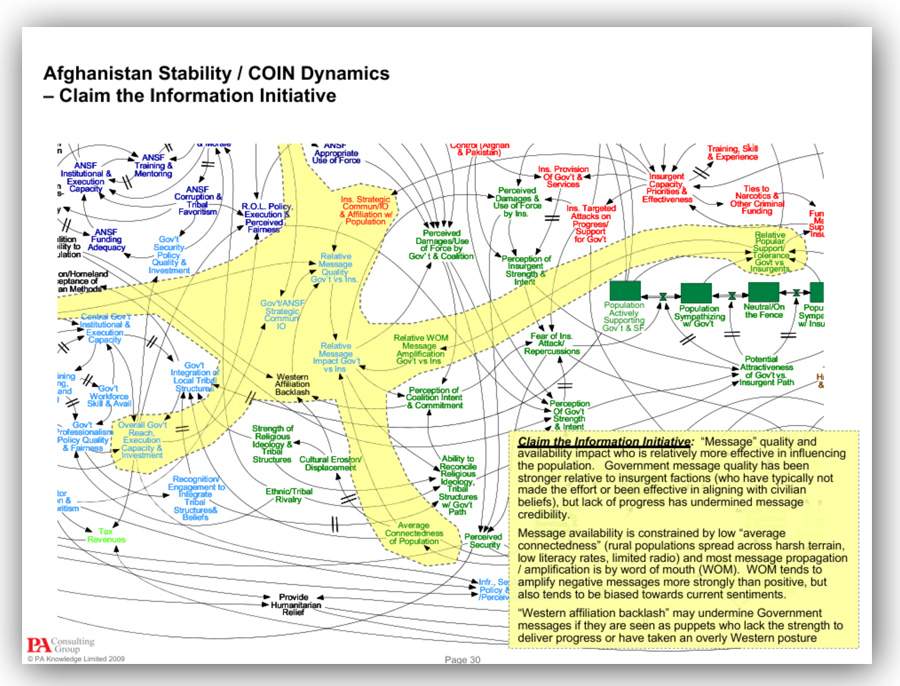 Now I know why Afghanistan is the US’ longest-running war: they haven’t gotten to the end of the powerpoint deck, yet.

Hat tip to Richard Thieme who stumbled across the powerpoint deck in question while investigating DOD powerpoints (I had told him that they were horrible and mind-numbing and then he discovered this monstrousity).

The original deck is here: [oss] in case you need to torture someone.

The Vogons became notorious for their poetry, but that was because they were better at poetry than they were at powerpoint. You should have seen their powerpoint decks.