If you’re familiar with Don Winslow’s novel The Force [wc] it may feel as though The Seven Five [wc] is about some of the characters in the book.

In the 1980s the New York City Police Department got so corrupt, in some districts, that police officers were using cop cars to provide transportation for cocaine; after all, it’s one way to move product without getting stopped by the police. It took a while for the corruption to get to epic proportions and – never mind that huge swaths of the police department were participating, the blame came down on one cop who allegedly started it all, Michael Dowd 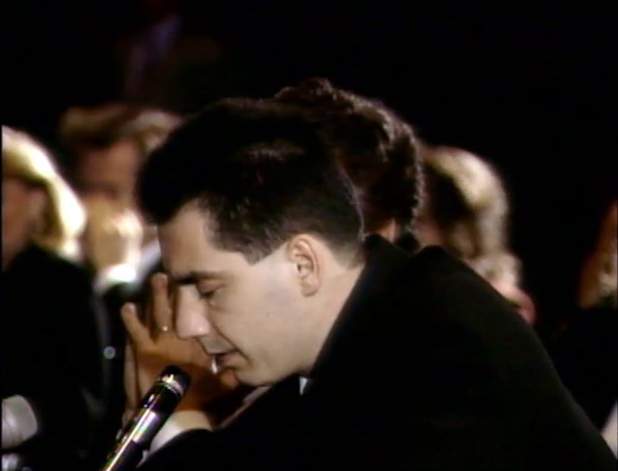 Dowd and his crew did it all: theft, extortion, prostitution, dealing drugs, weapons, testilying. When he was finally prosecuted for his crimes, he got a 12 year sentence – and actually spent it in prison. Never mind that he’d have been expected to spend the rest of his life in prison, if he was an actual cocaine dealer, who moved that much cocaine, except he was a cop who was moving cocaine so he was only busted for racketeering.

If you want an opportunity to dislike cops a bit more, I recommend The Seven Five – it starts out corrupt and nasty and gets worse and worse. The cops are like a stupid version of Goodfellas – stupid because they don’t think they’ll ever get caught, because they’re cops. During the documentary, Dowd repeatedly tries to make the case that being a Brooklyn cop is so dangerous that it’s necessary to build an internal support network of other cops; cops that are also “on the take.” I read Peter Maas’ Serpico [wc] around the time it came out (1971) and it doesn’t sound like NYPD managed to learn anything. Of course they didn’t – the whole system of policing in New York is corrupt – they’re just playing whac-a-mole trying to catch the more extreme outliers. Ironically, American conservatives like to play off the lawlessness and corruption of Mexico’s narcotics-plagued regime and police, but New York City’s police don’t seem much better.

Dowd’s corruption managed to shock me, even in the era of Donald Trump and his crime family. For example, the police get called in to a shooting and discover it was a drug-related gang shooting. There is a large gym bag full of money. The cops write up the murder and toss the money in the back of the car to divide up later.

The way the other cops in the documentary describe it, Dowd was the root of all evil: he’s the one who teased the other “good” cops with money and nice things. Eventually they “succumbed” to his evil influence.

In the closet’s the anti-crime team. And the guy picks up a bag – it’s a green fuckin’ garbage bag filled with cash. So I look at him, he looks at me, and I go, “what the fuck you gonna do, spend a whole day vouchering cash?” Yeah, fuck it.

I’m generally fascinated by documentaries of this sort, [stderr] because it displays the self-justifying nature of people’s world view. Robert MacNamara in The Fog Of War describes how Vietnam sucked America in – as if it was never a consequence of America’s choices. Dowd throws up the justification that it’d take all day to do the paperwork on a bag of money, instead of just stealing it. A lazy cop might have thought, “good, I get to spend all day in a nice air-conditioned office counting money and noting down serial numbers, instead of being out on the street, working.” These documentaries become analyses of motivated reasoning: how we successively decide that things are OK, until we’ve gotten way past the point where we know they’re OK.

For another example: there’s a moment where Dowd is underpaid by one of the criminals he’s shaking down. He gets very upset because the guy he’s ripping off tried to rip him off:

I’m a New York City cop, I’m taking a risk of going to jail for a long period of time, and you’re going to short me a dime? There’s a line he cannot cross.

See, it’s honor, not greed. Dowd and his partner respond by harassing the dealer’s customers until they start to cut into his business and he pays them. Honor satisfied.

At various points in the documentary, the cops talk about how they needed to make sure other cops didn’t “rat” them out. In case you’re confused, “ratting” means telling internal affairs that you saw a cop being corrupt – so, in these cops’ terms, a good cop won’t rat out another good cop while he’s hauling a half kilo of cocaine. Thus, the potential “rat” is placed in a situation where they are in a non-existent moral dilemma: do they match the assumption of corruption made by the other cops, or do they match the assumption of honesty made by internal affairs? How does a cop establish a reputation on the force for being corrupt, but nobody says anything until an outsider comes and investigates and the whole pustule bursts in recrimination?

What seems to happen, inevitably, is that people get sucked deeper and deeper into their bad choices until they’re in over their heads and start making stupid decisions. It’s not hubris, it’s just sad and lame. Spoiler: if you’re a corrupt cop, don’t buy a swimming pool and a corvette.

The Seven Five is interesting and revealing, though the topic has lost its capacity to shock me. It’s well-assembled and the interviews are interesting. There are some beautiful photos of 80’s New York, interspersed in the story, which made me nostalgic. If you’re a fan of documentary and want a good exploration of what a “slippery slope” looks like, this is a film for you.

Winslow’s The Force deals well with the trope of cops handing envelopes of cash up their chain of command, “to celebrate holidays.” What it’s actually doing is buying other people into the corruption – they have to know that a fat envelope full of cash was not obtained honestly. By taking the envelope they become party to the corruption. But, in a case like Dowd’s, he’s the one guy who’s determined to be at fault and the system comes down on him like a great big hammer-slap on the wrist. All the others get to finish their careers and retire on the taxpayer’s nickel.

Here’s an interview with Dowd. [nymag]

Ask The Strategic Genius: How To Win in Afghanistan » « It’s Shopapalooza!