US citizen Otto Warmbier died after 17 months in North Korea, during which he was abused, ignored, exposed to cold and not fed.

Judge Howell ordered the payment, and wrote: “North Korea is liable for the torture, hostage taking, and extrajudicial killing of Otto Warmbier, and the injuries to his mother and father, Fred and Cindy Warmbier.”

As everyone hurries to point out: nobody is going to get any money from North Korea, it’s a symbolic verdict.

It also establishes the value of a human life lost, in captivity and despair, tortured by neglect and allowed to die. It’s a ridiculous question, some politicians occasionally ask, “how much is a human life worth?” An American like Otto Warmbier is worth $500,000,000.

Meanwhile, Felipe Alonzo-Gomez’ parents are unlikely to win a $500,000,000 judgement against the United States [cnn] 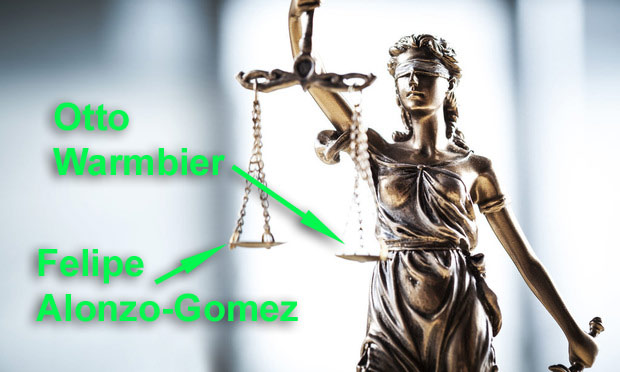 An 8-year-old migrant’s last days were a blur of border patrol stations and hospital visits in a location about 2,000 miles from his family’s home in Guatemala.

The boy’s death while in the custody of US Customs and Border Protection comes just weeks after a 7-year-old Guatemalan girl died while being held by CBP. He was identified as Felipe Alonzo-Gomez by US Rep. Joaquin Castro, but CBP did not name him.

The children’s deaths have highlighted the life-and-death challenges that migrants face in attempting to come to the US and caused CBP to announce several policy changes around its care of children under 10 years old.

I hope Steve Miller is named in the lawsuit. Not that the boy’s parents are going to get anything, either.

I wonder if (seriously) anyone has looked at whether what ICE is doing is torture under international humanitarian law. That is a capital offense in the US. Not that anyone in the US will ever be convicted for torture, unless someone grabs Dick Cheney and waterboards him.

A Neck-Gooby! » « The World Slides Further Into Nihilism