The retro-scope appears to now be part of the investigative procedure for any incident that has political implications. Because its time-horizon goes about -10 years (with some blurry images back to -20 years) the entire current crop of politicians grew up in a time before retro-scoping existed, so they do not fear the ‘scope, nor do they fully understand it. They will.

Recently the Mueller investigation fired an agent for making a negative tweet(?) about the Trump administration. Certainly, that was a lapse of professionalism that could have (and did!) distract from the investigation, so Mueller was right to decisively shut it down. It’s not a “free speech” issue – well, technically, it is – as much as a matter of poor professional judgement. The matter – as Mueller clearly hoped – would end there. But, because it’s political, it did not. Someone engaged the retro-scope on the FBI agent involved and now the left hand is doing a “drill down” on the right hand.

Most of the rest of what I’m going to say is extrapolation; naturally, you should do your own research. Void where prohibited. Etc. But I don’t think we need a copy of Palantir to draw the dotted lines through this scenario and see what’s going on.

Around about midway between #1 and #2 someone pointed the retro-scope at Strzok and around about #3 they started retro-scoping and strip-mining Strzok’s circle of friends and personal relationships. Do any of you wish to wager that Strzok’s mother’s communications were not examined? Do any of you wish to wager that Strzok and unnamed FBI lawyer were using personal communication devices, and not FBI-issued communications? I.e.: that they had an expectation of privacy which turned out to be misplaced. My bet is that Strzok and his formerly unnamed friend thought that because they were part of the organization that owns and operates the retro-scope, they were off the target list. Pawns should not expect loyalty from kings.

Notice how the story has changed from what appears to have been someone disparaging Trump openly to now it’s someone’s texts with their girlfriend were disparaging of the Dear Leader?

The Department of Justice released 90 pages of text messages late Tuesday night, many harshly critical of candidate Donald Trump, that were exchanged between an FBI lawyer and an agent who was later assigned to Robert Mueller’s special counsel team.

How far back in time did those texts go? Strzok is now mentioned as having “been involved in the Clinton e-mail investigation.” Some of the texts described in the dump are exactly the sort of thing that any reasonable person would be likely to say about Trump.

One message sent by Page to Strzok on March 4, 2016, reads, “God trump is a loathsome human,” according to a transcript obtained by NBC News.

Later that year, in August, shortly after Trump secured the Republican nomination, Page sent Strzok an article on Trump’s fumbling to understand Russia’s annexation of Crimea, adding: “Jesus. You should read this. And Trump should go f himself.

The left hand just doxxed the right and, in doing so, tells us that the FBI can retrieve arbitrary text-chains going back at least a year. What are Strzok’s friend’s rights in this matter? For that matter, what are Strzok’s? I do not see any indication that Strzok was posting this stuff publicly: he was complaining to his girlfriend.

Privacy advocates have been concerned for a long time, that the intelligence community was going to build a retro-scope that would allow exactly this sort of thing: you’re working your job and someone decides to investigate the past you and the present you has no way of knowing what is happening and can only suffer the consequences. UItimately, this is going to trigger a time-war: if you want a job in government, you’d better not have ever said anything critical of government in the past.

“I have always loved Big Brother. And I always will.”

Text that to your friends and family every so often. Because it’s not a matter that you’re going to have the retro-scope turned on you, but if any of your friends or your friends’ friends come to the establishment’s attention – so will you. You’re probably already fucked just because you read this blog. Don’t thank me, really, it was my pleasure.

This incident indicates a Rubicon was crossed some time ago; we all know it was but this is a “canary in the coal-mine” moment: if you get involved in certain things, you will be retro-scoped for ideological purity, and you will be doxxed, prosecuted, fired, or publicly broken if you don’t come up clean. 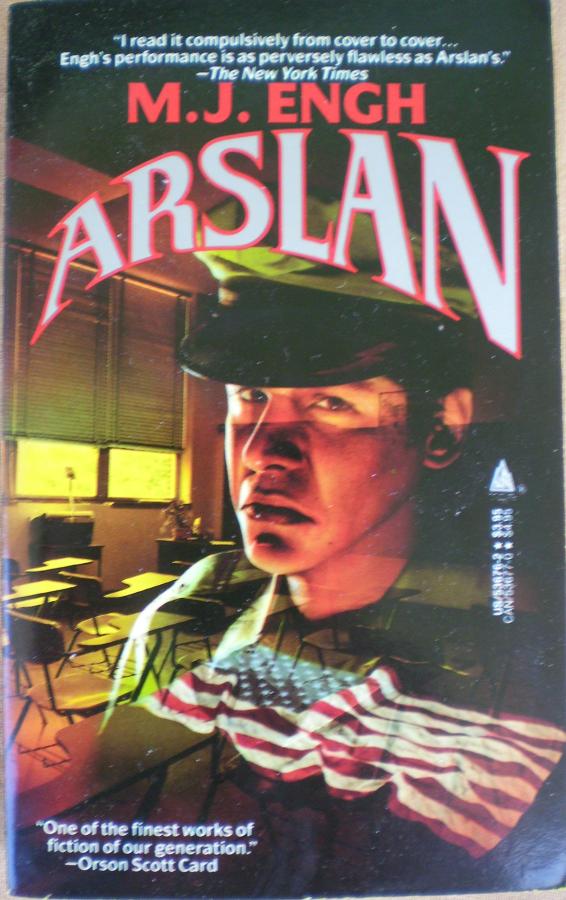 The Rubicon I refer to is not a normal river, though: it’s more like the Worm Oroborous, that consumes itself. Because in order to get cleared into the privileged elite that can use the retro-scope, you’re going to get retro-scoped, too. If you want to join the left hand, you’re going to be investigated by the right hand, and then you’re going to investigate the right hand in its turn. Bruce Schneier and I were on a panel one time and someone asked “How far can the intelligence state go?” I remember Bruce made a sensible answer, as he is wont to do, but I said, “you divide everyone into ‘evens’ and ‘odds’ and assign them each to surveil the other.” Bruce then sensibly pointed out that that was extremely inefficient and unworkable. I said “that has never bothered them before.”

A handful of computer security specialists, and all of the privacy advocates, have been waving red flags about this for a long time. The retro-scope amounts to another mechanism for aggregating the control of power (i.e.: power over power) into an increasingly small number of little hands. Put differently, it is a way of magnifying political leverage. J. R. R. Tolkien wrote a pretty cool series of books that were a parable about what can happen if you aggregate power too much: it begins to attract some very ugly people, indeed. It is a consequence of the nature of power. Decades ago, I read a novel by M. J. Engh entitled Arslan [am] and it left me so unsettled that I really have not thought about it since I read it; it’s the story of a future in which somehow (which is never explained to us) an ultra-nihilist tin pot dictator is promoted to absolute global hegemony. It’s like Alfred Jarry’s Ubu Roy without the slightest shred of humor or kindness. It is a disturbing book, and that’s its point. When we read books like Arslan or The Lord of The Rings or Ubu Roy or 1984 we see writers’ best efforts to warn us about why we really, really, don’t want to aggregate the reins of power too efficiently.

Minor ops trivia: My “to do list” got blown to pieces by me being stuck in bed for a week thanks to Hermann the kidney stone. Everything is running on full burners now, but I’m scrambling a bit to catch up with work commitments, personal commitments, and my “TO DO” list. So I may be a bit catch as catch can for the next lifetime.

Here’s a fun meta-problem: how many of Marcus’ friends have to agree (offline) to act in such a way as to make me appear to XkeyScore to be the focal-point of a plot? And, if my friends have such a bad sense of humor, how can I survive the attack? Clearly, the best defense is to kill off all my friends before they can try such a thing – fortunately I don’t have many friends so it won’t be hard.