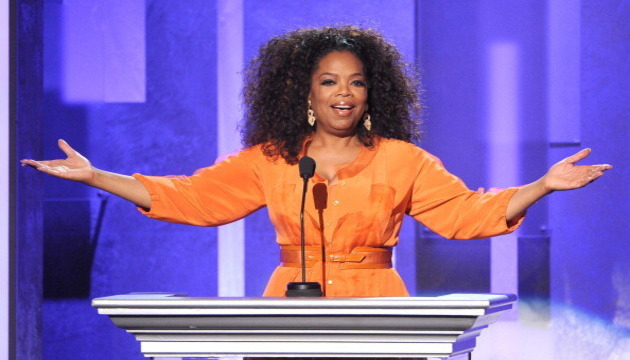 The danger of having entertainers as political figures is that they’re generally charismatic, sometimes good speakers, and can memorize their lines so they don’t need teleprompters.

Winfrey told David Rubenstein she’d consider as much in an interview on “The David Rubenstein Show: Peer-to-Peer Conversations” this week. If President Trump could do it, then maybe she could too.

Oprah Winfrey is one of the wealthiest women on earth, right up there with Elizabeth II Windsor and J.K. Rowling. And she has learned a great deal about public policy from her many interviews with psychics, fake psychiatrists, and woo-woo peddlers like Deepak Chopra. I’m not sure which is worse, frankly: Steve Bannon, or Doctor Phil. Probably Bannon – he doesn’t just want your money.

Unfortunately for us, if Oprah’s oligarchic dreams are realized, we’ll have a president that shows no discrimination at all about who’s a con-artist and who isn’t. Maybe we’d have Doctor Phil in charge of Health and Human Services. Deepak Chopra’d be a good Secretary of Defense, though.

One thing I will say for Oprah: she’s a genuine hard-working “rags to riches” story. When I was growing up in Baltimore, Oprah was a bottom-runger at one of the local TV stations, WBAL.[2] My then-sweetie lured me into playing in a high school performance of “A Midsummer Night’s Dream” (she was Helena, I was Demetrius) and Oprah covered it. That’s not quite the “police rescue cat from tree” beat, but it’s close. I didn’t talk to her, but apparently she was professionally interested, very polite, and extremely serious about her reporting. Another thing I will say for Oprah: maybe she knows media bullshit when she sees it, since she’s peddled so much of it. She and our current glabrous oligarch are both expert producers of fake news.

Where is all this heading?

I think the comment from Oprah is right on the money: ““I don’t know enough. And now I’m thinking, ‘Oh? Oh!’”

One of the side effects of Trump’s historic victory is that it restored a part of the “American dream” – not simply that “one day, you might be President of the United States!” but that any idiot can be President of the United States if they are disingenuous, corrupt, and lie fluently enough. The rather obvious next step is a future in which actors or professional talking heads agree to be front-puppets for specific interest-groups, then use their speaking talents and charisma to get elected, then enact the interest-group’s agenda while nodding for the cameras.

In a sense, that’s how it already is, but Trump’s accession must be a body-blow to the current system. And Oprah’s realizing it. You can bet there are other would-be oligarchs who realize it, too – they just lack the financial backing of the self-funded oligarch like Perot, Bloomberg, Winfrey, Bezos, Thiel, Zuckerberg, or Trump. Imagine if the Koch Brothers decided to create a talking-head candidate out of someone with the skill of John Lithgow:

I have floated this scary idea elsewhere, in discussion about the war on authenticity: eventually we divide the policy-making from the entertaining and posturing, and have professional speech-givers give the speeches written by professional speech-writers. Then, sign book deals with the “writer room.” Why not just smart-bomb all of oratory to death at a single fell swoop? Take off and nuke it from orbit, it’s the only way to be sure. Given the massive number of ghost-written books Oprah has featured on her list, we know which side of the war on authenticity she’s on.

A documentary from the future: President Dwayne Elizondo Mountain Dew Herbert Camacho is as substanceless as our current president – and he has a three step plan!

This piece[2] has some interesting stuff about Oprah’s early life. I didn’t realize that her time at WBAL was very short and that she was harassed there:

She became the first black female news anchor before the age of 20 in Nashville, starting with a few gigs as a local anchor before landing a co-anchor position in Baltimore. She was sexually harassed and humiliated at her job in Baltimore, according to DailyWorth, but didn’t need to quit — she was fired seven and a half months after joining.

Maybe I should not have called her a “bottom-runger” but I don’t think they sent the big shot anchors out to cover high school Shakespeare. We were not that good. Decades later, I was talking to an accountant whose former partner (now deceased) used to be Oprah’s accountant during her brief stay in Baltimore. When she moved to Chicago, he declined to manage her finances at a distance – a decision he “later regretted.” For those who don’t know: billionaires are basically companies; typically an accounting firm that managed Oprah-sized money would employ 15-20 people full-time. And if they were active investors or venture capitalists, it would typically be a large office and hefty perks and management fees for all involved.

I’d certainly vote for her, if my alternative was Peter Thiel.

But then, I’d vote for Shia LaBeouf if the alternative was Peter Thiel.

Essence of Dog » « Godspeed the Retro-Scope