“Let’s rehearse it a few more times, to make it look spontaneous” – (theater director, when I was a high school sophomore)

The kerfuffle around Trump’s “teleprompter” issue appears to have died down, coincidentally with his increased use of a teleprompter. I guess a politician has to “play to their strengths.” In other words: be inauthentic. 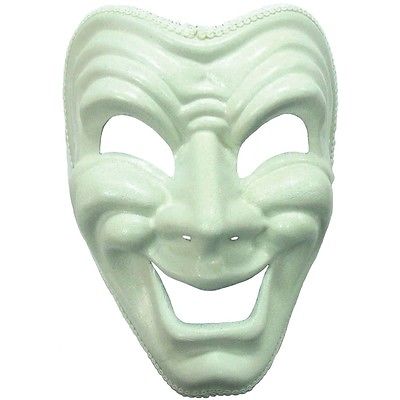 “Authenticity” means that something is real, original, not copied, not fake. So, it’s odd for a media figure, whose entire career has been massaged and manipulated, to be concerned about not being fake. Authenticity is valuable, of course, which is why political candidates want it, in spite of being stage-managed to the point where they are practically Hollywood special effects. Yet, we’ll pay more for an authentic Stradivarius, and we’ll value a sincere (i.e.: authentic) smile over a pasted-on stage rictus.

“Vague concepts” are a philosophical problem in epistemology: suppose an average man has 100,000 hairs on his head, at what point do we say he is “bald”? Nobody’s head is likely to be completely hairless – are they “bald” if they have 1 hair? What if they have 10? Is there a certain number, length, and color of hairs that is the demarcation line from “bald” to “balding”? If “authenticity” is a vague concept, we have a problem when we value authenticity from our politicial leaders, because we’re saying we value something but we’re not really sure how much or even what it is.

So let me remise my argument from earlier: we have a problem with authenticity – we value it and we value our politicians if they are authentic orators. Or, rather, we value them if they are good authentic replicas of orators. We acknowledge that they are fakes but it’s acceptable as long as they’re not awkward fakes. Indeed, we accept polished fakery all the time: 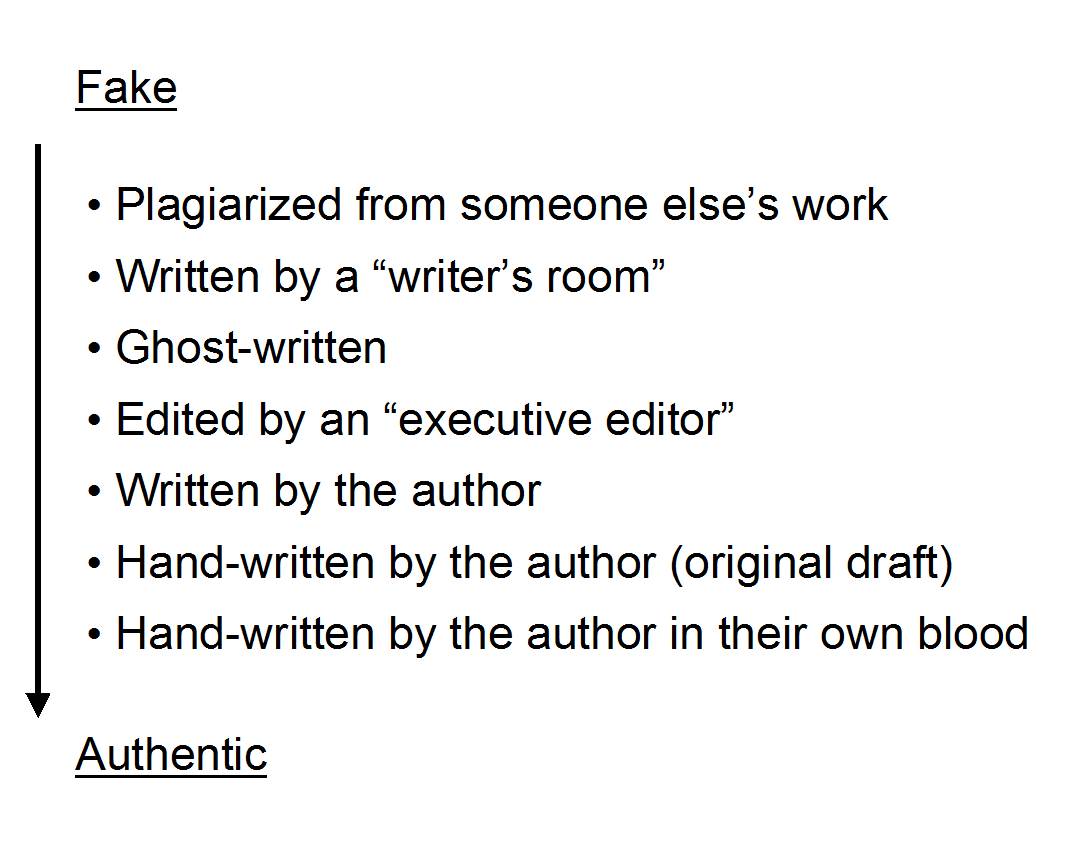 Authenticity is a vague concept.

I wrote a book back in 2001 (it was a flop, and I said some embarrassing things, please don’t look it up) and my publisher provided an executive editor.* I wrote the outline, and all the chapter text and Editor Nancy went through and smoothed out awkward bits, rearranged a few things, and even shuffled around a paragraph or two. Was the authenticity of my writing reduced by having an editor? The result was definitely better than if I had just laid my immortal words on paper and hurled it onto the publisher’s desk: “DONE!”

Perhaps we value readability over pure authenticity, we’re willing to accept a bit of fakery in order to keep things more readable. But would you feel faked if the editor turned the book into a great piece of literature, when the original source material was not? If I found that one of my favorite books – let’s say Frank Herbert’s “Dune” – was handed in to the publisher as a vast meandering manuscript that was aggressively edited down into a masterpiece, would I feel differently about “Dune”?**  I still love the book, but I’m less impressed with Frank Herbert (and his subsequent writing reinforced that)***

In this age, writing by committee is a big piece of the media landscape. If you’re not familiar with it already, I highly recommend Ben Blacker’s “Writers Panel” podcast. It’s interviews with writers about writing, and you learn about how a “writers’ room” works, and a “show runner” assembles pieces of script, etc. It’ll help you understand better when you see some show and think “Wow, this is so polished!”  That’s because you’re not getting a work of genius from a single mind, you’re getting a product that has been crafted by experts at story arcs, who consulted with experts who know where to factor episode-breaks, and experts in dialogue from various cultures, etc. – it’s a team effort and the resulting show can be a great deal of fun, but it’s not actually by anyone. That’s what we’ve headed into in politics, as in every other form of entertainment: when the politician pops a zingy-sounding line off the teleprompter, it was written by someone in a writer’s room, vetted by multiple layers of sanity-checks for sensitivity and truthiness, and finally allowed into the light of day, then “let’s rehearse it a few more times, to make it look spontaneous.” 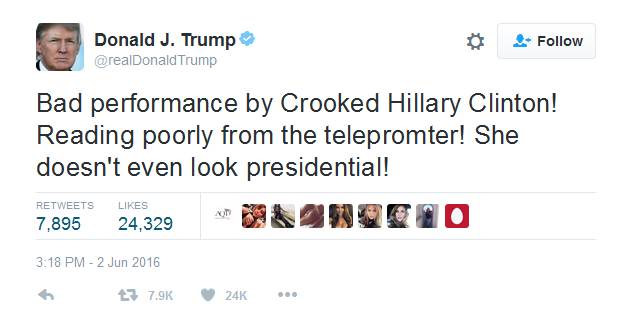 I’m not saying any of this is bad. But as a people, we expect leaders to understand and be able to synthesize ideas. That’s why, when libertarian presidential candidate Gary Johnson was authentic and asked “What is ‘Aleppo’” we accept that he was revealing his authentic ignorance of what’s going on in the world he wants to help govern. Would Johnson still have a career if he had said, “Let me check with my ‘room’ … hang on” as he pulled out an ear-bud to get coached? That, by the way, was pretty much what George Bush did during the debates. If we value the authenticity of debate and rhetoric, we sure are going about it all wrong.

In the post-authenticity world, we need to realize that we’ve moved past authenticity and into meta-authenticity. We’re no longer able to expect authenticity, we’re simply expecting an authentic performance of someone trying to appear authentic. In other words, media figures and politicians are not creative (i.e.: not interesting) at all, they’re just the middle-person between us and their writers’ rooms. The relationship they represent is not the author:editor relationship, it’s the scriptwriter:actor relationship. I’m not saying there’s anything wrong with it, just let’s not lie to ourselves or let others lie to us. 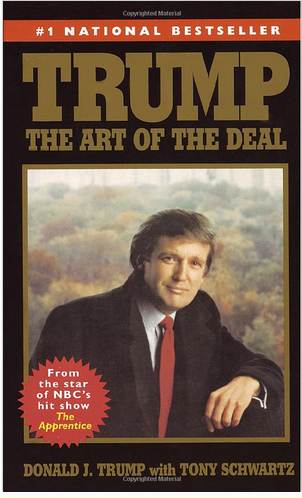 The teleprompter issue has been “done” and even “done to death” so let’s look at authentic writing. Donald Trump’s original claim to fame was his book “The Art Of The Deal” which we now know Tony Schwartz wrote. Think about that: Trump is famous for, largely, sticking his name on someone else’s work. If that’s not a distillation of everything that is Trump, nothing is. Of course we are expected to see the “with Tony Schwartz” at the bottom and realize that the main part Trump contributed to writing the book was signing his name on a contract and cashing some rather large checks. It’s Amazon ranking is #44,314 in Books, which means that people are still buying it: authentic replica of an autobiography. 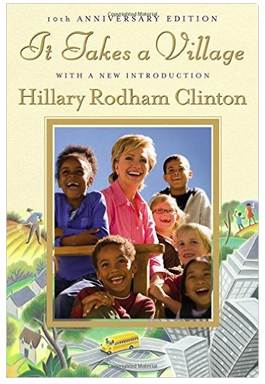 It takes a ghostwriter

Clinton’s authentic replica of a book doesn’t mention the ghost writer, Barbara Feinman, on the cover. Apparently we were supposed to believe it was actually written by Clinton, who said: “I actually wrote the book … I had to write my own book because I want to stand by every word.” 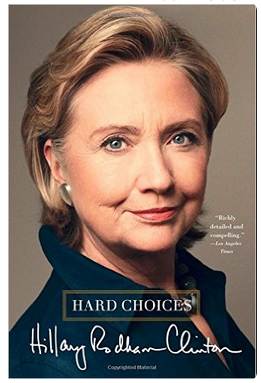 Edward Widmer wrote Clinton’s authentic replica of a book about being Secretary of State, “Hard Choices” and isn’t mentioned on the cover, either. By now, we ought to know better than to believe it’s a book that was actually by Clinton. It’s a book about Clinton and #16,045 in Books. Ironically, by putting the name of his ghost writer on the cover of his bespoke hagiography, Trump was more authentic than Clinton has managed to be, so far.

As a fan of history I have something of a problem with authenticity, because some day, these reeking piles of bullshit may be used to write the history of a time. I was, in fact, inspired to write this piece because an article at Counterpunch pulled up some stuff from “Hard Choices” about the US’ involvement in “regime change” attempts in Syria. I’ve discussed that elsewhere, and was surprised to see Clinton apparently disclosing what would have to be secret information about US covert operations. But can I cite “Hillary Clinton” as having said anything in “Hard Choices”? My father, the authentic historian, used to say that the history of a time can’t really be written until all the bodies are buried and it can take a generation or two for the primary sources to come up. What will those primary sources for this time be? Will they be the interview tapes from when Clinton told Widmer the outline of what became his book? Or will they be the unguarded journal that was kept by someone watching from elsewhere inside the whirlwind? I read books like Bob Woodward’s “Obama’s Wars”  and imagined that I was studying an account of events in my time. But, on reflection, it’s only possible to conclude that Woodward traded access for authenticity; he’s not quite a ghostwriter, perhaps he’s a ghost historian.

We’re looking at the tip of a vast industry that packages and manipulates bullshit. Ranging from the long dead L. Ron Hubbard – who has finally stopped writing books**** – to manipulative politicians who complain about eachother reading off teleprompters, yet use ghostwriters “so they can stand behind every word.”  It’s all performance art. No, wait, it’s an authentic replica of performance art; it’s a show-runner’s pitch of what a reality TV show about performance art might be.

(* An “executive editor” is one provided by your publisher, basically a book shepherd, and someone who will ride herd over you and make sure things are going on schedule. They will also, presumably, tell the publisher if you’re falling behind. That’s a slightly different agenda than if a writer had their friend, the language maven, edit for them.)

(** That is, apparently, pretty much what happened.)

(*** This is what I think of as the “bestselling author effect” – the first bestseller by many bestselling authors is usually pretty tight because they were not a bestselling author yet, and the publisher was able to get them to edit or accept outside edits. Once they are a bestselling author, then they begin to believe their own marketing and convince themselves that they’re great writers – the next thing you see is that the books get larger and more unwieldy. Diana Gabaldon, Tom Clancy, Stephen King, J.K. Rowling, I am looking at you! When I see that, I usually assume that the writer is actually not that good, they just had good ideas and a good editor early in their careers, and have thrown off the shackles of excellence and blossomed into the true hack-writers that they always were.)

Drop A Rock On It » « Monday Meslier: 147 – The Only Aim Of Religious Principles Is To Perpetuate The Tyranny of Kings And To Sacrifice Nations To Them