I had a pretty bleah Sunday. I actually wrote a pretty good grumpy screed about voting, but then Verizon (motto: “shitty networking, but expensive!”) and my browser conspired to lose it.

When you’re typing away at WordPress, if you lose your network connection it stops backing up your draft posting to the site. There’s a pretty visible icon that says “connection lost” but for some reason it appeared to be blinking – making me think my posting drafts were getting saved, but they weren’t. So I machine-gunned away at the keyboard for a while, hit “save draft” and got a page from my browser saying the connection had failed and asking if I wanted to retry. I hit that a few times and suddenly it stopped doing that and gave me a blank page. “Well, at least it saved the draft” thinks I, “I can trigger the posting with my iPhone in a bit.” But of course there was nothing in my drafts list on wordpress. I had apparently suffered a Failure of Patience. Since the posting was obliterated, let me just say here that it was pure poetry, sublime and perfect, with tight reasoning and irrefutable conclusions – a Pulitzer or Nobel -winning contribution I am sure. Actually, I shrugged and muttered what I was taught to mutter, namely: “second time you write it, it’ll be better.”

Sometime Saturday, my calf started to tighten and hurt. It felt like a basic muscle cramp, because I know what those are like and how they go away, etc. But this was my whole damn calf muscle. Fortunately, my Peroneus and other muscles in the front of my leg were able to offset it, and the muscle wasn’t pulling in one direction (so much for unity and bipartisanship!) it was pulling against itself and not in any particular direction. By evening Saturday it was starting to hurt and I took 2 Ibuprofen and went to sleep. Sunday, it wasn’t better or worse. My calf muscle was visibly larger than the other leg’s, and hard as a rock. Normally, my muscle cramps flutter a bit but this remained a low-level steady pull. So, after the disaster of my prize-winning blog posting being lost, I decided to take a walk and see if that shook it out. I too an increasingly limpy mile walk around my house, then gave up and lay down. It was all pumped up and tight – not at all what I wanted.

I have some left-over cyclobenzaprine from when I wrenched my neck in a horse-related accident (which was no accident: horsie deliberately bucked me into near-orbit; it was attempted murder) so I decided to take that and elevate my leg. And >poof< there went the rest of my day. I did a bit of reading on the intertubes, to check up on cyclobenzaprine, and, well, have you noticed how the internet has become a gigantic bodge of misinformation put out by con artists trying to sell nostrums as medicine? I just google’d for cyclobenzaprine and it linked me to a legit-sounding site (if you just went by the DNS name) that was largely indistinguishable from Real Medicine(tm) as I followed links for muscle cramps and ended up at a page that recommended: pole dancing. OK, go bleach your minds; I am not going to hit a pole any time soon. Like, ever. I suppose that article was written by a member of the “all women should be strippers” militia, or something. It’s possible I was beginning to hallucinate, but I don’t think so.

I woke up again at 11:00pm with my leg feeling back to normal, and went back to sleep, then got up this morning at 7:30 to go to the clinic in Philipsburg for my second shingles vaccine. Since I like living dangerously(tm) I have taken the COVID-19 vaccine and shingles one right after another. I’m not particularly worried about adverse reactions, I’m worried about COVID-19, which I now ought to have nice shiny immunity against, beautiful new T-lymphocytes strutting around with little pictures of the coronavirus, looking everyplace, jackboots and sam browne belts polished to a killer black gleam.

This morning I feel OK. My leg is no longer a balloon but it’s still tight. I’m going to take it easy today, which means (probably) going over to the shop to paint. 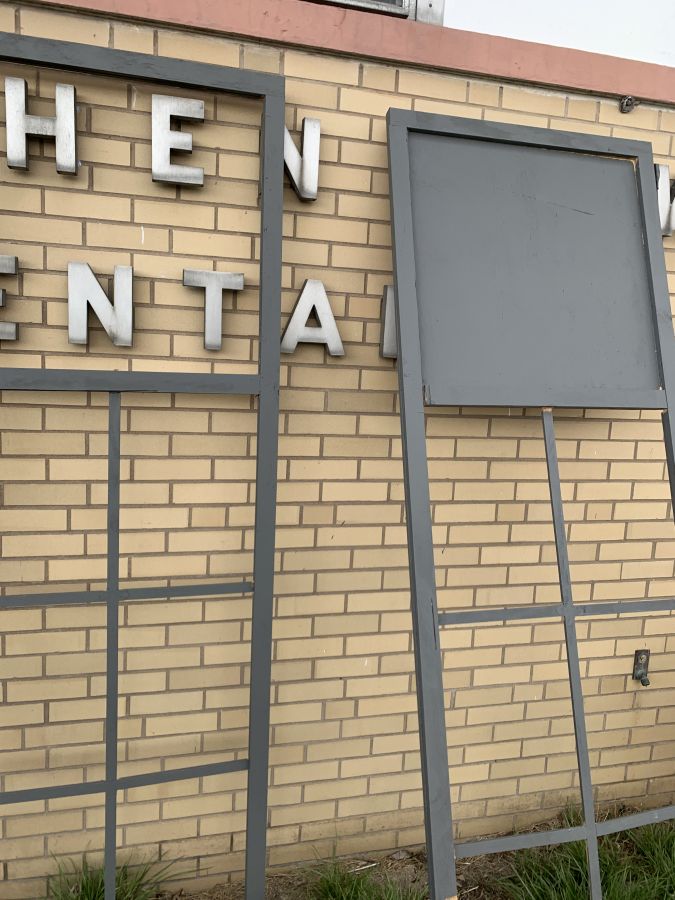 I forgot to get a small paintbrush to get into the corners, so that’s an annoying omission. Then, it started to rain. So I only got through 3 of the door-sides (there are 12 total) and that was frustrating. I hate painting. So, when I am using a roller, I speed up to get it over with, which means I wind up covering myself with flecks of paint.

A Short Tale About Consequences » « Testilying