Every single thing I read about the worsening climate change disaster is scary. They all add up to very, very scary, taken together.

Of course humans’ reaction to reduced fish populations is to “fish harder!” the piscine equivalent of “drill baby, drill.” The reason why they’re doing that is because fish are an important source of food, and driving the fisheries to extinction is like a farmer eating their seed corn: it’s what you do right before the dying starts. The ocean fisheries are toppling more slowly but it’s happening – the Bay Of Bengal, which is the food source for tens of millions, is turning into an anoxic wasteland. There are anoxic zones off of the Oregon coast and in the Gulf of Mexico (also poisoned by oil from Deepwater Horizon) But, as usual, it’s worse: [nbc]

LONDON – Nearly a third of all freshwater fish species are threatened by extinction, according to a new report released by 16 conservation groups on Tuesday.

“The World’s Forgotten Fishes” says that 80 freshwater species – which make up more than half of all the world’s species – have already been declared extinct, with 16 disappearing in 2020 alone.

Migratory populations have declined by more than three-quarters since the 1970s, while populations of larger species, weighing more than 60 pounds, have fallen by an even more “catastrophic” 94 percent, it said. 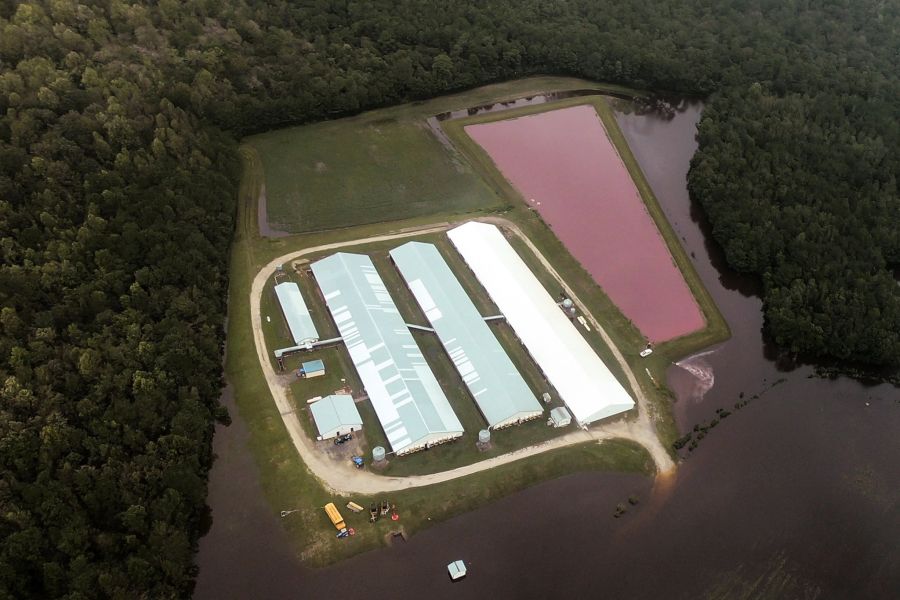 The article continues with suggestions that inland water management, abatement of farm run-off, and protecting lakes and rivers from extreme weather events is an important step forward for survival. For example, when Florence flooded North Carolina, a lot of pig pee and poop wound up sweeping out of aggregation ponds and into the rivers and lakes. That’s going to have all kinds of downstream (if you will) consequences for the wildlife that depends on those rivers and lakes. [nyt]

North Carolina has 9.7 million pigs that produce 10 billion gallons of manure annually, mostly on large-scale farms and primarily in low-lying Sampson and Duplin counties. Both counties were affected by Florence.

When storms like Florence hit, lagoons can release their waste into the environment through structural damage (for example, when rains erode the banks of a lagoon and cause breaches). They can also overflow from rainfall or be swept over by floodwaters.

Whatever the cause, the result when a lagoon leaks can be environmental trouble. If the untreated waste enters rivers, for example, algal blooms and mass fish die-offs can happen, as they did in 1999 during Hurricane Floyd. That year, many animals drowned in lagoon slurry.

That’s just one example, of course. Rising waters (from melting ice) will also raise ocean water levels, which may perfuse salt water inland into water-tables. Changes to weather patterns are going to affect lakes and rivers and their denizens – in other words, it’s unpredictable but it’s predictably bad.

It’s all predictably bad. The boffins have been warning about this, and now their warnings are coming true. Or, rather, since we’re talking about measured extinctions of species they have come true. Irreparably true.