I only learned of Ferlinghetti from his brief walk-on in The Last Waltz.

He died recently, at 101. (March 24, 1919 – February 22, 2021) It turns out that he lived a pretty darned awesome life. For one thing, being on the stage of The Last Waltz is about as stratospheric as you can get, for 60’s/70’s rock and roll magnificence. For another, when he hit 100, San Francisco declared his birthday “Lawrence Ferlinghetti Day.” That’s pretty good, for a poet and a one-man band. And, yes, he knew Bob Dylan, too. He apparently knew everybody. 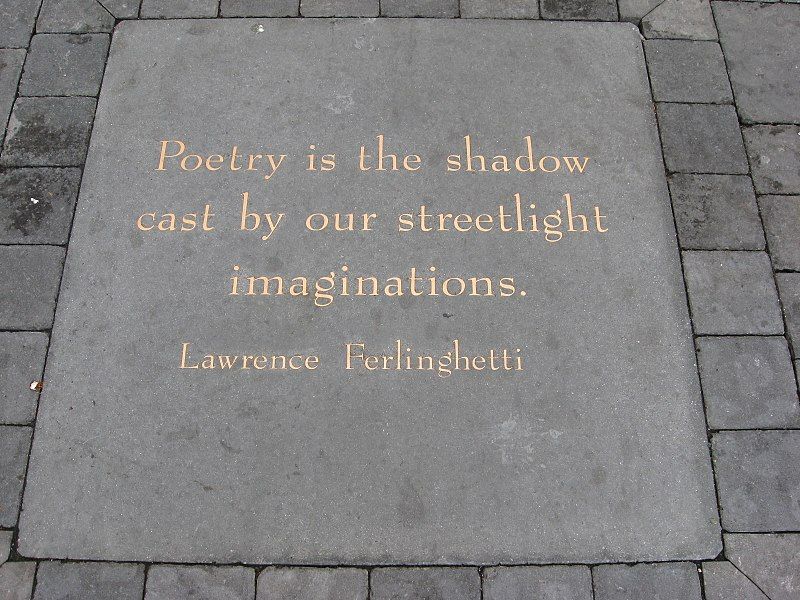 So, congratulations, Lawrence, on a live, well, lived (as Ray Wylie Hubbard would say). When his brain shut down, there was a universe of experiences, ideas, and quirk that blew away like poetry always does.

At The Last Waltz Ferlinghetti walks out wearing a bowler hat and a Mao jacket, stiff but smiling, and delivers a short poem:

Our father whose art’s in heaven
Hollow be thy name unless things change.
Thy kingdom come and gone
Thy will will be undone on Earth, as it isn’t Heaven.
Give us this day our daily bread, at least three times a day
and lead us not into temptation too often on weekdays,
but deliver us from evil
whose presence remains unexplained in thy kingdom of power and
glory.
Oh, man!”

The first time I saw it, I bookmarked him because I was wondering who that charming old fellow was.

In 1953, Ferlinghetti co-founded City Lights Books in San Francisco. A book store is probably the best monument anyone can have, to be honest.