Soldiers would like to tell us that they are tough and manly, dripping with toxic masculinity juice that you can smell from miles away. Sometimes, that’s even true. But other times you’ve just got to stand back and admire the fashions (such as wearing a corset under all the tight napoleonic cavalry kit). 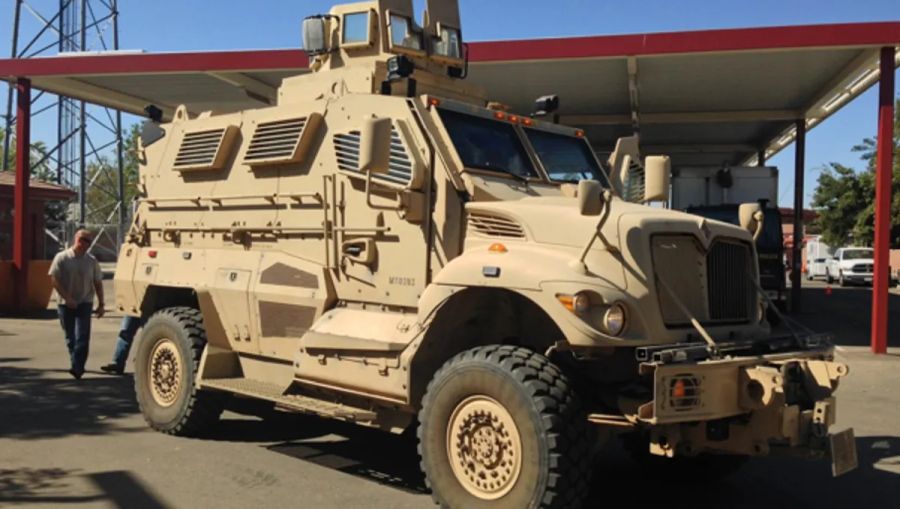 This one looks to be plain old dumb. It’s the I-don’t-know-howmanyth “Jeep replacement” for the army. Just in case you don’t remember the military history of the jeep, it was a light unarmored car useful for zooming around behind the forward edge of battle. In WWII this was useful. In the Korean war, it was less useful and jeeps became a good target. In the Vietnam war, driving a jeep was like flying a flag that said “I want to die.” After the Vietnam war, the US military decided it needed a jeep replacement, that was bigger, could go over more nastier terrain and maybe carry a rocket launcher or a machine gun: the Hummvee. Then, in Iraq it turned out that a thin-skinned light vehicle was still a death-trap. So the military produced “up armored Hummvees” that had a mini turret that could stop AK-47 rounds, and side armored panels that could slow own an improvised mine. That did not work (surprise: the entire bottom of the vehicle remained mostly open except for armor plates under the seats) and a new generation – the MRAP (Mine Resistant Ambush Protected” car.

You’ll notice a trend: as the light vehicle is increasingly in a combat zone, rather than a neatly-defined battle area, it is more likely to encounter small arms fire or IEDs/mines – so it needs to be armored. Otherwise, it becomes a rolling coffin. 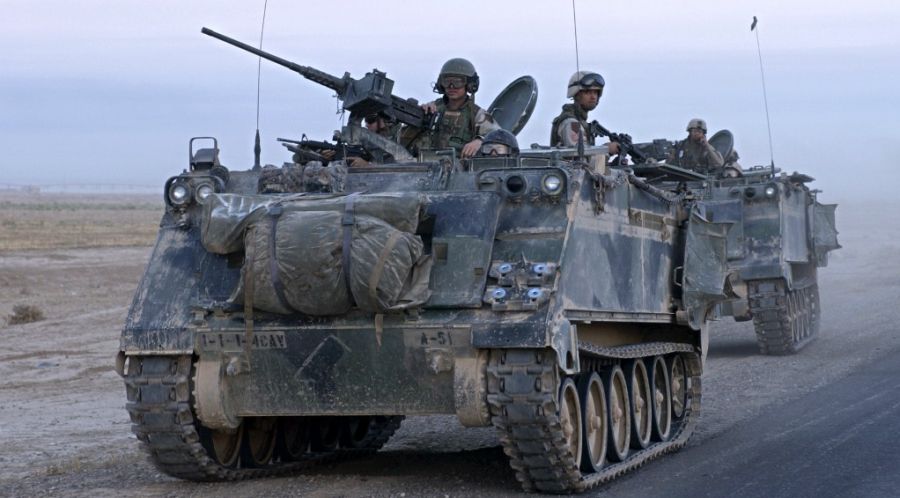 By the way, in the Vietnam war they used a lot of M-113 armored personnel carriers. These were not comfortable zoom-abouts but they were actually designed to be armored and actually could survive a mortaring or a machine-gunning and had nice armor in the front and an armored exit door in the back, with lots of ground clearance. Around the time when Hummvees were being made in huge quantities, the US’ supply of M-113s was quietly sold to Turkey, Egypt, and a few other countries that need something really good for keeping civilians from rioting.

An armored personnel carrier offers two things: cover and concealment. In military terms, those are really different things. Cover is when you’re someplace where something can’t get at you. Concealment is when you’re someplace that someone can’t see you. So, if I have a rocket propelled grenade and you’re in the back of a Humvee you have concealment (I don’t know exactly where in the back of the Humvee you are) but not cover (because the RPG will go right through any side of the Hummvee as if it’s made of cheese). People who play a lot of 1st person shooters often get confused about cover versus concealment because the game engines don’t take it fully into account. Again, for example, if you hide behind a concrete Jersey Barrier you have cover and concealment unless I have something that can punch straight through that much concrete. In which case the shattered concrete becomes part of the damage you suffer when your cover fails. All of this is relevant because, if you’re assaulting someone’s position and you show up in an M-113, the troops disembark via the armored hatch in the back (taking advantage of the wall-like nature of the rest of the M-113) whereas if you show up in a Hummvee, the doors are in the side and you’re stepping out very obviously into a potential shitstorm. When things started going horribly wrong in Iraq and Afghanistan, a few of us started muttering about bringing back a new version of the M-113, while everyone else started talking about welding pieces of steel plate to Hummvees. As usual, the US military found itself trying to suppress an insurgency using weapons systems that were designed to be effective in a WWII-era stand-up battle.

So, General Motors defense (who brought you the Hummvee) has a new offering. [wib] 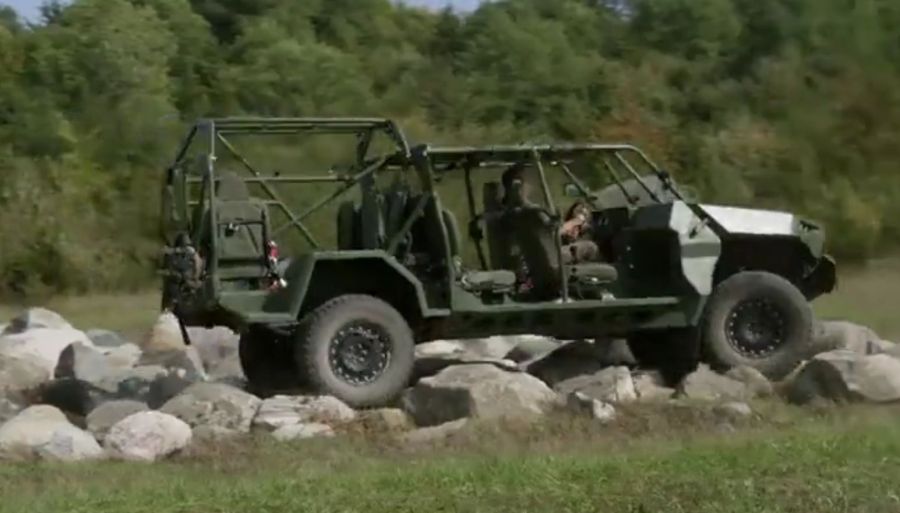 Yup, it’s the skeletonized “Sniper’s Workout” battlefield mobility coffin. Not only can someone who’s taking a shot at that thing tell where you’re standing so they can aim, they can enjoy your horrified expression when you realize that you have nothing to hide behind and you have been suckered into riding in a death-trap.

But it’s a pretty fuckin’ tactical-looking death-trap. Look at all those things you can velcro stuff to! Note the absence of a lookout position and absence of a light machine gun – if you’re in that thing and you come under attack, you don’t need to roll the window down in order to wave, “bye bye!”

In addition, the lighter (unarmored) vehicles will provide a sense of mobility seemingly lost by grunts as the Global War on Terror demanded up-armored vehicles.

The only tactical use I forsee for these things, other than getting taxpayers’ money to GM, is that it’s a great bar-crawler. Can’t you just see a bunch of drunk and rowdies trying to climb onto that thing as the wheels spin?

Since GM is building these using commercial components (it’s basically a GM pick up truck with tactical stuff on it instead of a chassis) I’m sure it’s way less expensive, right? Hahahahahahaha, no they are $177,000. And it’s not even stealthy. Wait for the “up armored” version, which will be required everywhere where someone might shoot at one. The demand for “up armored” vehicles was not a result of the global war on terror; it was a result of counter-insurgency operations being undertaken by a military that is not geared for it. There are no counter-insurgency operations (except pub crawls) that call for unarmored target-haulers.

The Odd Tale of Allah’s Balls » « When in Rome, Hunt Trilobites