Some of you have doubtless heard of the Haymarket Affair.

I decided to dig into it in a bit more detail, because all I knew was the broadest outlines of the story: there was a protest, it was expected that the police were going to show up and bust some heads, instead someone threw a dynamite bomb (enhanced for more fragmentation through the use of some kind of cast iron container) and “the bombing and ensuing gunfire” resulted in the death of 4 civilians and 7 police. [wik]

I don’t think that whoever wrote the wikipedia piece was trying to dissemble, but that bald narrative hides a sequence of events. This happened May 4,1886: 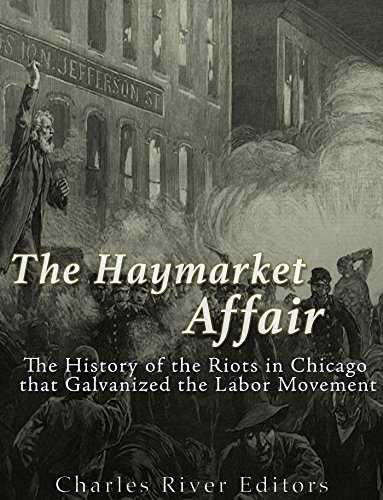 For the record: I do not approve of throwing bombs at police; bombs are area weapons and are not capable of being targeted precisely. Of course, the police reaction would have been the same if there had been some anarchist sharpshooters with Winchester rifles who decided to shoot to protect the crowd. The police’ extreme response stemmed from what was almost certainly a mix of their organizational brutality and their feeling that retaliation was justified; the objective was certainly to terrify the civilian population into submission. I.e.: basic “protect and serve” policing.

I should mention why the protesters were protesting. Was it something as serious as that police had been disproportionately killing black people on flimsy justifications and getting away with it? No: the protesters wanted an 8hr work day. The police were fulfilling their traditional role of breaking protesters’ heads in the interest of protecting corporate power. The protest was additionally motivated by police having killed protesters at other protests, elsewhere. If this sounds like a broad trend reaching forward from 1886 to the present, you are correct; cops are thugs and always have been.

All quotes from here are from [audible] [interesting, but with wooden narration]

I’m getting a bit ahead of the story, but after all the shooty bang bang was over, police detectives interrogated thousands of people in Chicago, performed warrantless searches and a few beatings, and ended up arresting and charging 8 anarchists with conspiracy. Several of the anarchists were executed. What is interesting (and by “interesting” I mean “very distressing”) is that most of the anarchists who were charged weren’t even at the Haymarket, and the charge of “conspiracy” amounted to little more than that they were anarchists, and in Chicago, and therefore they could have participated in the bombing whether they did or not. Hang ’em high! The similarities to how the Trump administration charged everyone in the vicinity of some broken glass with rioting are manifest: this is an old policing technique that amounts to “never let a good crisis go to waste” i.e.: round up the usual suspects and use this as an opportunity to crack down on people we’ve wanted to crack down on for some time.

Those on the outskirts of the crowd whispered “Police!” and many of them hastened to the corner of Randolph St. 6 or 8 companies of police, commanded by chief inspector Bonfield, marched rapidly past the corner. Fielden saw them coming and stopped talking. This proved to be a disaster and the Tribune article described the pandemonium that quickly ensued. In a few minutes the police from the Desplaines St station, marching abreast the breadth of Desplaines St, approached. A space of about two feet intervened between each line and they marched silently, so they were upon the mob almost before the latter knew it. The glittering stars were no sooner seen than a large bomb was thrown into the midst of the police. The explosion shook the buildings in the vicinity and played terrible havoc among the police. It demoralized them, and the rioters and anarchists poured in a shower of bullets  before the first action of the police was taken.

Then the air overhead the fighting mass was a blaze of flashing fire. At the discharge of the bomb, the bystanders on the sidewalk fled for their lives and numbers were trampled upon in the mad haste of the crowd to get away. The groans of those hit could be heard above the rattle of the revolvers. In two minutes, the ground was strewn with wounded men. Then, the shots straggled and all was quiet and the police were masters of the situation.

It is still, and will probably always be, unknown if the police fired first, or second, and who made and threw the bomb. The police said that they ordered the crowd to disperse peacefully before they were fired on, and everyone knows that cops don’t lie, so that’s probably how it happened. Several police officers claimed they saw the bomb coming, variously, from the crowd, from the speakers’ platform, and from a nearby building. So much for eyewitness testimony.

The newspaper described the scene as the police began dispersing the fleeing crowd. When the first shots were fired most of the crowd scattered east and west on Randolph St. The bullets followed the fleeing ones and many of them dropped on the way before they got out of danger. Quite a number of them ran up towards Halstead St and, when they had nearly reached it, the leader pulled out a huge revolver. He was apparently the same man who the reporter had heard telling the others that “to stick together” was the main thing. “Stick together,” he cried, “come here and let us go and shoot them!” They started toward Desplaines St on the trot but they had only gone a short distance when several shots were fired from the battleground. They turned around and disappeared toward the street from which they had just come.

A number of women were also seen in the crowd and several scampered, screaming, down Randolph St. Men were seen falling 500 and 600 feet up Randolph St west of Desplaines. Hats were lost, and several – stooping to pick up something they had dropped, were trampled on by the mad mob. In the neighboring stores, everything was confusion. Men, in their haste to escape the bullets, broke open the doors of stores and entered, hiding in the first convenient place they could find. The proprietors struck at the intruders with clubs, and threatened them with pistols, but they pushed past these and entered.

Not surprisingly, there were a number of journalists there that day.

Here we see police engaging in the traditional policing method of shooting running people, at random, in the back. It’s what they do when they are scared. “At least 250 shots were fired” and “the air was full of bullets.” According to one journalist, when the firing ceased, some of the people in stores ventured to the street to try to help the wounded – at which point the police resumed firing and hit a few of them, for good measure.

One office admitted to The Tribune “a very large number of police were wounded by eachothers’ revolvers. It was every man for himself. While some got two or three squares away, the rest emptied their revolvers, mainly at eachother.”

When the firing had stopped, the air was filled with groans and shrieks, “oh god I’m shot please take me home.” Similar entreaties were heard all over within a radius of a block from the battle. Men were seen limping in to drugstores and saloons or crawling on their hands, their legs being disabled. Others tottered along the street like drunken men, holding their hands to their heads and calling for help to take them home.

After the mess was cleaned up, it was time for justice to be served. “Justice?” Well, what passes for it in a police-state: 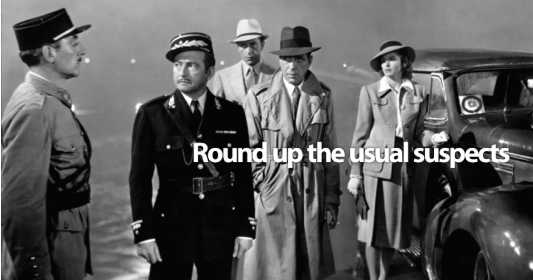 A number of men were arrested, [list] and were indicted for murder. The prosecution could not discover who had thrown the bomb, and could not bring the really guilty man to justice. And, as some of the men indicted were not at the Haymarket meeting and had nothing to do with it, the prosecution was forced to proceed on the theory that the men indicted were guilty of murder because it was claimed that they had, at various times in the past, uttered incendiary and seditious language, practically advising the killing of policemen or Pinkerton’s men acting in that capacity and therefore they were responsible for the murder of Matthias Degan.

All were convicted, several were executed, and the city of Chicago went on a rampage of shutting down socialist presses and arresting journalists, anarchists, and labor activists.

When you see a line of cops blocking a street in a protest, just remember that they’re inches away from shooting all the protesters in the back with live ammunition, as they run. It’s how cops riot.

“Please stop hitting me” is not Marxism. 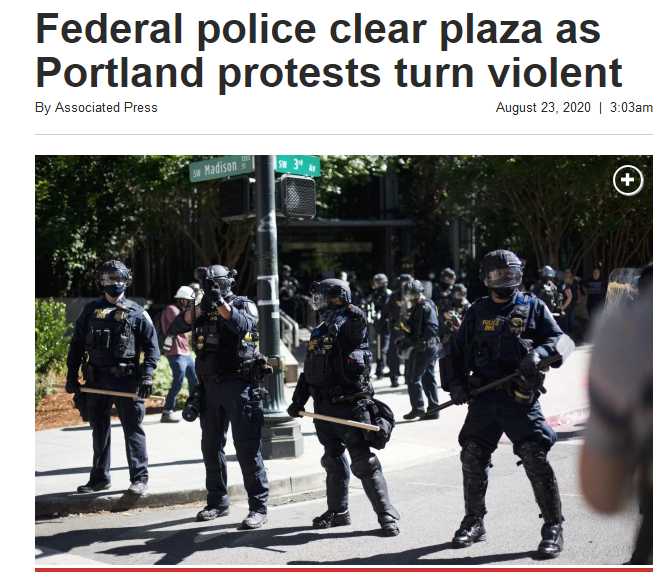 I guess federal police did not leave Portland after all. SURPRISE!