In case you were unsure, wondering, “has my life really ended and am I actually in the waiting-room in Hell?” I have an answer for you.

Please take a seat while you’re in the waiting room.

They don’t say “as used for decision-making by actual POTUS” but that’s understood. 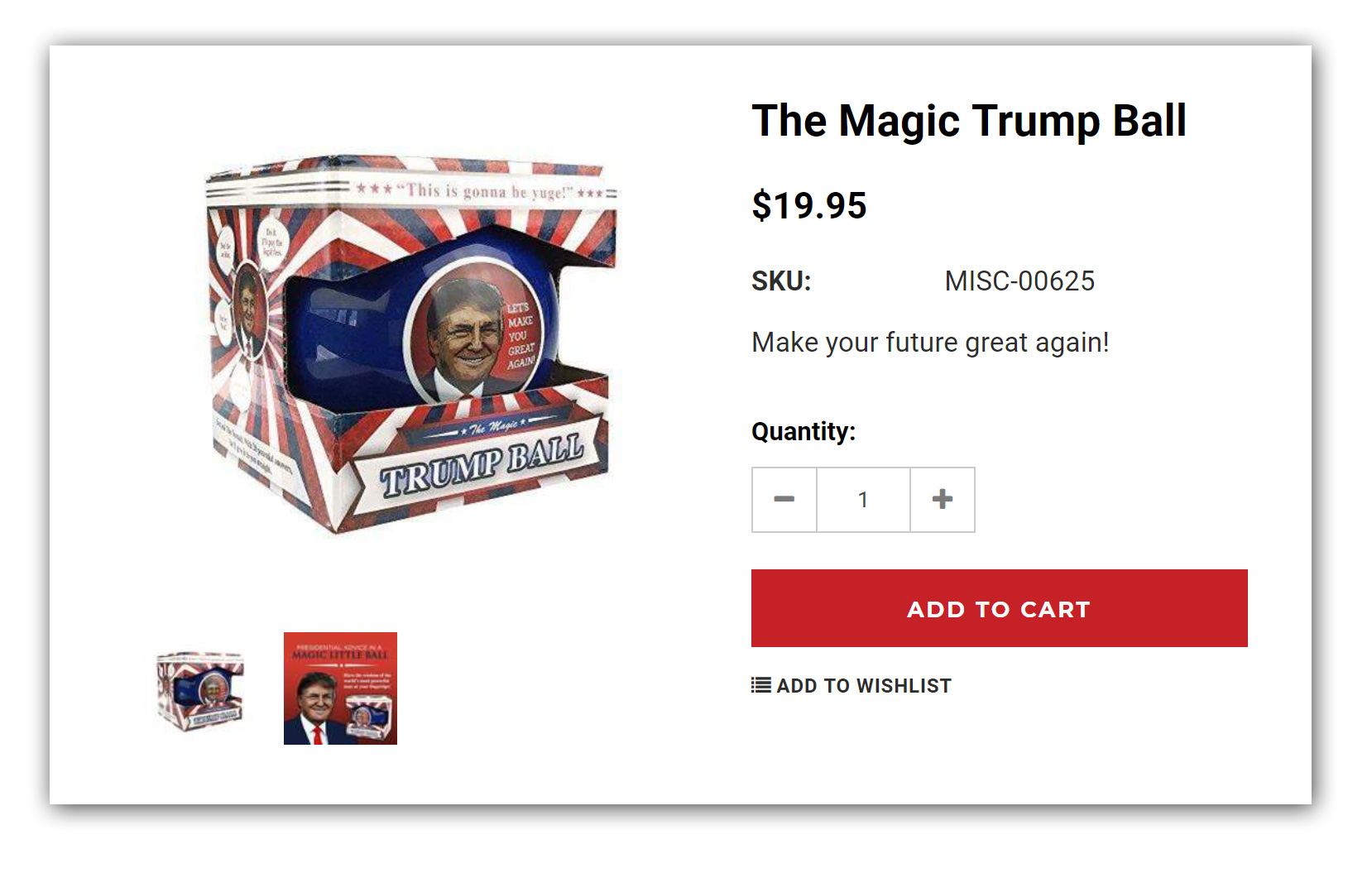 Back when these sorts of things were actually funny, there was an app for the Apple Newton called “Sim Bush” which was a bunch of Bush drivelisms that would play randomly strung together like some kind of Markov chain monster. Whenever Bush’s recorded voice said “America” it would overlay a trumpet fanfare. It was pretty well done, actually. There is humor-potential in this thing, as well, but I don’t think the folks at Patriot Depot are playing it for laughs, as they should. The little 8-ball thing should come up and say stuff like, “There are the best people ever” and other such wargarbl 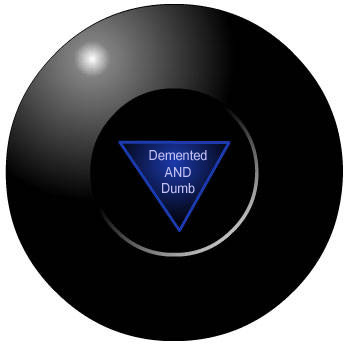 Any of you ever play with Conan The Librarian? That was another great app – for Mac, circa 1992(?). It used the mic to sample the room ambient sound and baseline it, then if something was louder than the room sound, the app would quietly go “shh!” If the sound was a lot louder, it would say “Quiet, Please.” and if it peaked it’d start yelling “SHUT UP!” It was priceless to leave that running on a laptop under a table in a conference room. Or, I thought it was. I’m not sure if the marketing team did.

Sim Trump would actually not be funny at all. We already have a president simulator and it’s a mashup of horribleness.