I haven’t been doing a lot of photos, so I don’t have a photographic narrative of what Q’s been up to. That’s because it’s pretty much the same as every other step of the process, which you’ve already been exposed to. Part of me is thinking there must be a limit to how interesting any number of blobby-looking pieces of glowing red steel can be.

The first part(s) of the process are the most fun for me because they’re where you set everything up: deciding what you’re going to make, and the composition of the metals and how it’s going to be processed. That determines everything and once you’ve made those decisions, the progression for action is pretty well locked-in. Let me give you an example: Q thought wrought iron was gorgeous (I think so too!) and decided to do a chopper-thing with wrought iron facings on a core of W-2 high carbon steel. Well, that means that all shaping must be done at the higher temperature range to keep the wrought iron from crumbling, and a certain amount of material is needed and needs to be a particular thickness. That all drives and controls how you assemble and forge your metals into a bar, and the shape of the bar. Once you’ve got the bar, then, as they say, you just grind off all the stuff that doesn’t look like the knife you want. It’s a little more complicated but that’s basically it. 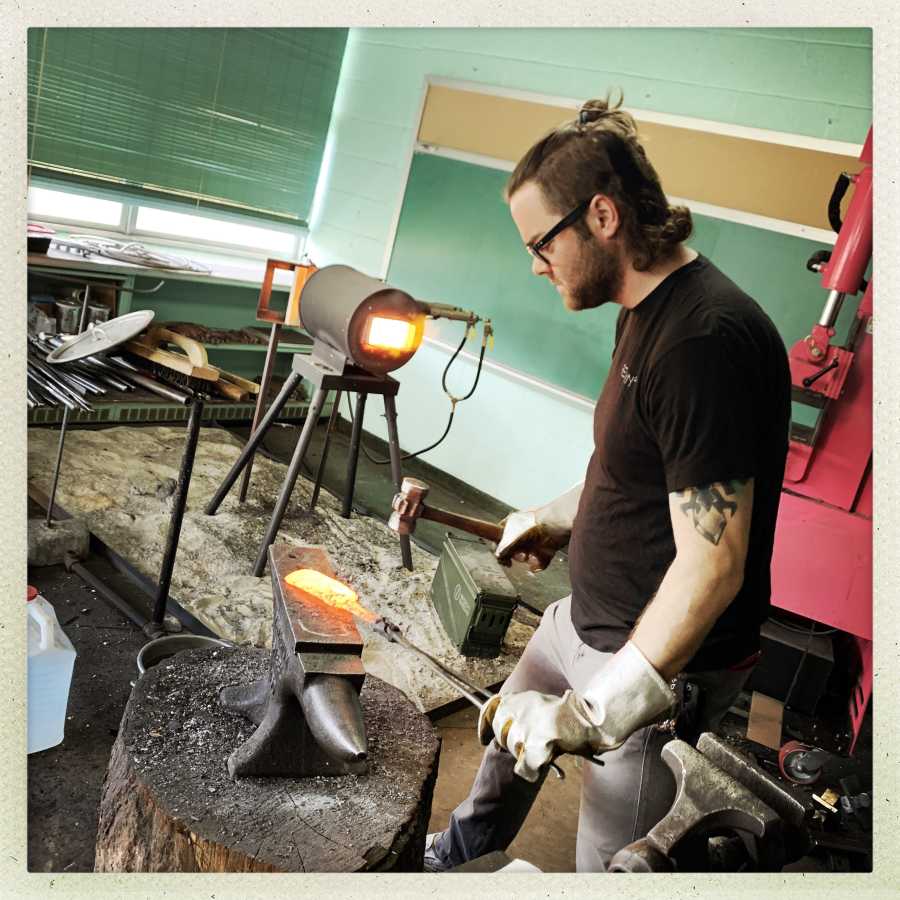 So, I talked Q through cleaning and tack welding and forge welding a billet, then smashing and hammering it into shape and yesterday was the beginning of shaping it and hardening it and then we called it a day and put the blade in the oven at 400F to temper while I made beef stroganoff and drank a bunch of wine. After that, I did not feel like blogging and went to bed.

Today we’re going to be doing fine-shaping and turning the edge into a bevel and generally polishing things as much as wrought iron can be polished. While he’s doing that, I’ve been over in the woodshop cutting chunks of logs to bowl blanks and setting them up to soak in PEG (polyethylene glycol) to keep them from splitting. I also made myself a newer/better sled for my table-saw, using some sheet stock of polypropylene butchers’ block. So far, it’s looking super, except that I made one hole in the wrong spot so it’s not perfect. That won’t matter. Today I’ll be finishing that up and making a better circle-cutting jig for the bandsaw, while Q slowly turns the universe into iron filings, one bit at a time. 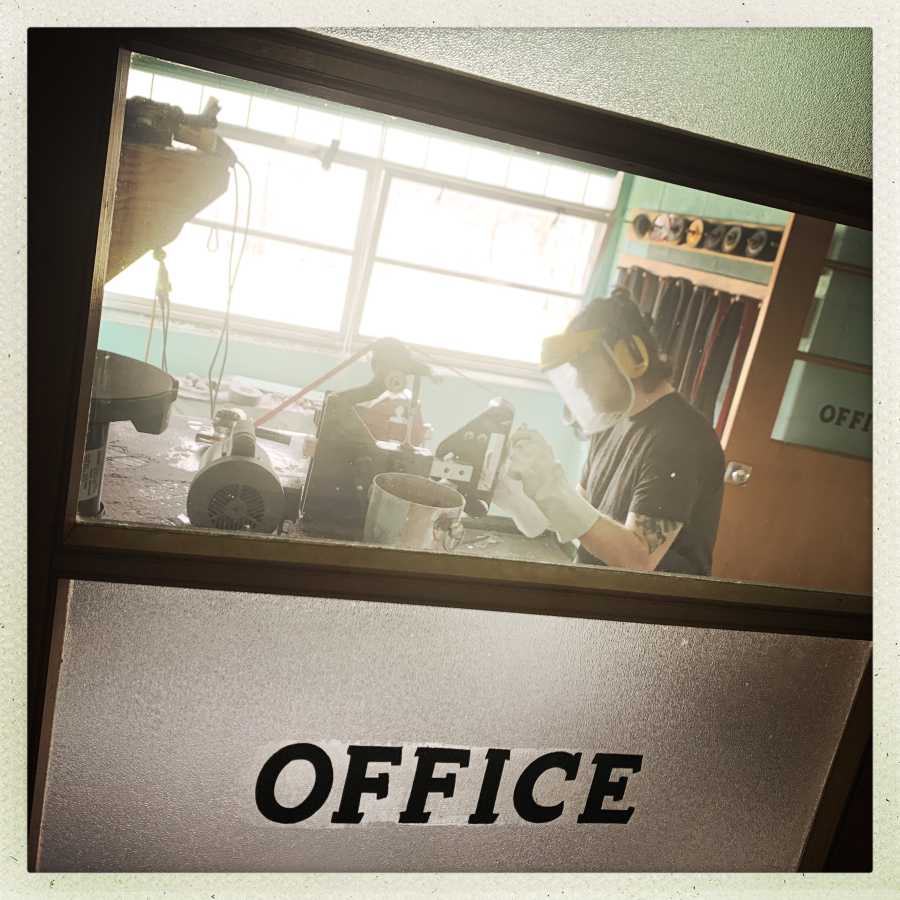