Who can look at a decrepit cheeseburger-sucking lardass with bone spurs and dementia and see, within that shambling wreckage, a powerful bringer of violent revenge?

The Punisher is schlock from the same evolutionary line that brought us, back in the 70s, Mack Bolan (volumes 1-201,993) – thoughtless and lazy war-porn in which paranoid, disempowered white males took violent revenge on convenient cardboard cut-outs of “bad guys” who stepped up by providing a thin justification for getting killed in horrible ways. In The Punisher as in Mack Bolan, the Marquis De Sade would have immediately recognized his hobby-horse: shocking anti-establishment violence that is transgressive, sexualized, and politicized. The clowns that wear these were not even born when Mack Bolan blazed his way across the annals of bad fiction, but they seem to have grown up on comic books. Not the thought-provoking ones, more like the thought-dampening sort.

But how could anyone mistake Trump for a violent archetype? He could maybe run someone over with his golf-cart but one solid punch and he’d be curled up, crying and begging the secret service detail to rescue him. 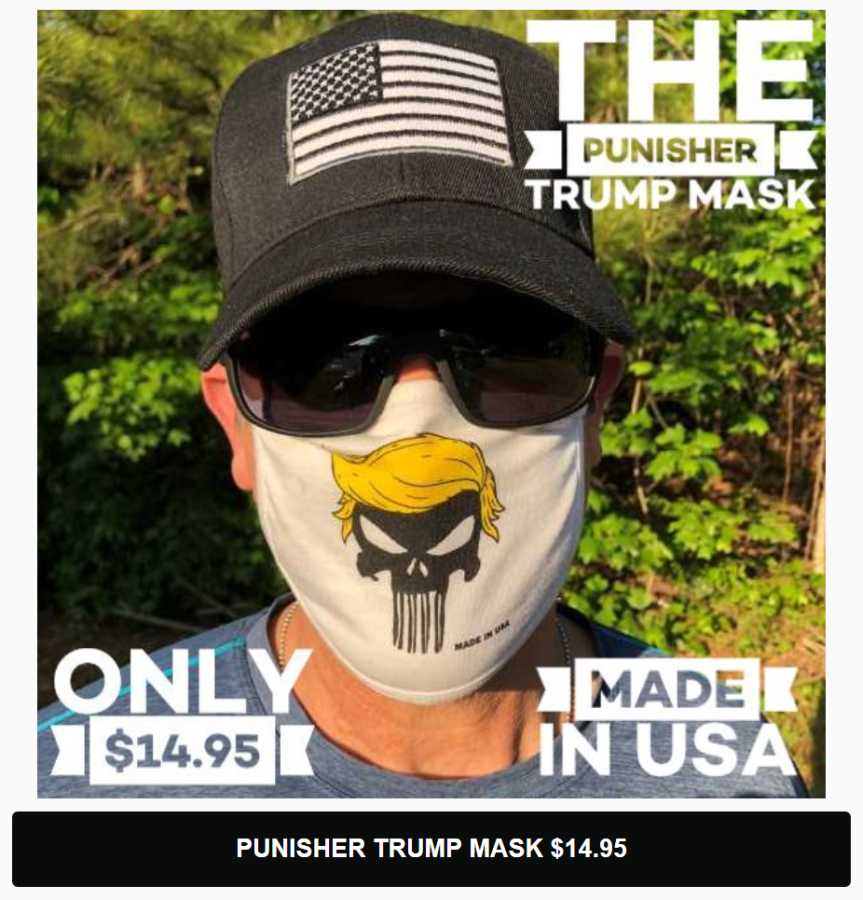 Not only is it stupid, it’s so badly made you can tell it’s a cheap thermal print that will peel after the second or third washing. In that way, it is Trumpian. It’s also a great example of bad graphics. From a distance it looks like the guy has some kind of shitty weird clown-nose and smiley face drawn on.

Someone could probably make money by photoshopping Donald Trump onto Mack Bolan covers and selling them as limited edition art prints. No, really. The idea makes every artistic instinct in my want to cringe and hide in a pile of dirty underwear. 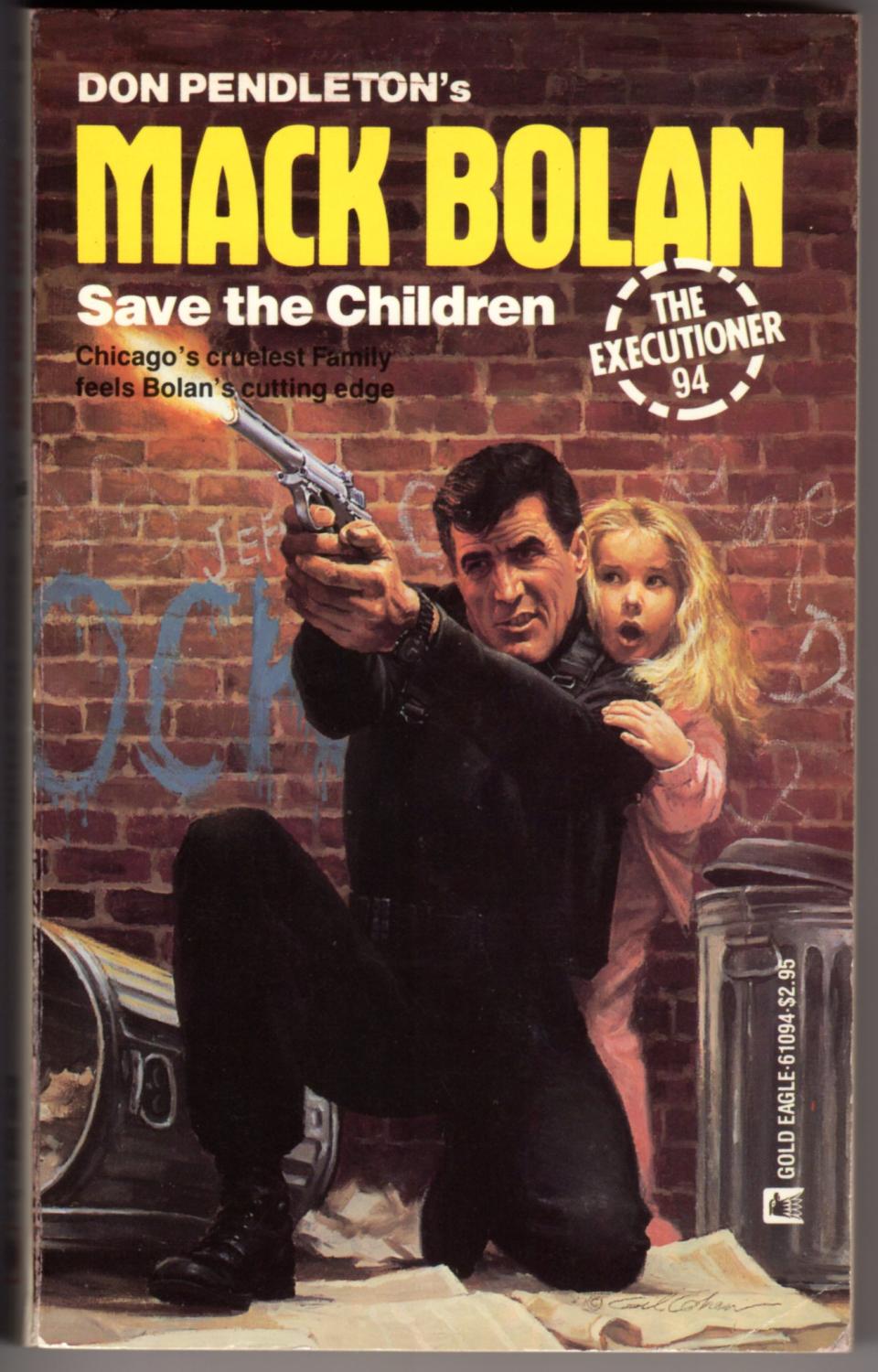 Shop Update » « Some Action in The Forge