But I think it’s OK to gloat about some really fine, distilled, coronavirus irony. I guess I’m just a nasty person; well, that’s who’s running the world today so I’d better jump on the bandwagon. 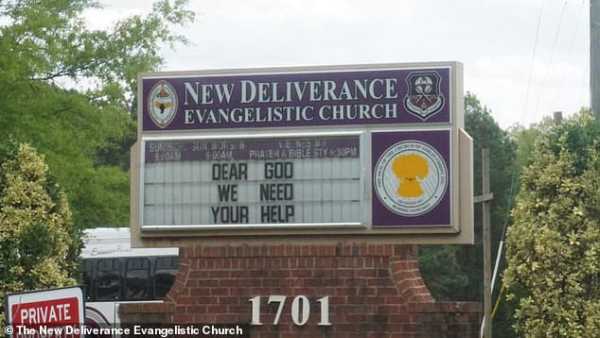 An evangelical pastor and founder of The New Deliverance Evangelistic Church in Virginia died of the coronavirus after he held a church service in defiance of safety protocols in late March, the church announced Sunday.

Bishop Gerald O. Glenn told his congregation he would hold service “unless I’m in jail or the hospital,” the New York Post reported. His last in-person service was held on March 22, in defiance of official warnings to practice social distancing as schools were closing, the New York Daily News reported.

“I firmly believe that God is larger than this dreaded virus. You can quote me on that,” the Bishop said, according to the New York Post. “I am essential. I’m a preacher, I talk to God!”

And now you can talk to him face to face, gomer.

It really annoys me that people don’t directly call this stuff out for the obvious money-grabbing that it is. If you’re a mega-church pastor with 2,000 sheep coming to a shearing session, and each donates $10 on average, that’s a pretty big payday. But at Easter season and during a crisis, the pastor can squeeze them for lots more because money=prayer and some tiny percentage of it will maybe go to good works. These phonies are scammers, pure and simple. They want to keep the churches open because it’s their revenue-stream.

I’m sorry that Glenn had to die to prove that point; his congregation ought to have realized he’s a scammer without god having to send them such a clear and unambigous message. If this keeps up, god’s going to have to go back to writing on walls in words of flame and shit.

Now, I am sitting here thinking how “words of fire on a wall” could be done with practical FX. It might get someone hurt but it sure would be funny to sneak into a church and set the FX up so that during the middle of the sermon, the words, “he is scamming you – god” appeared in words of flame, written across the wall behind him.